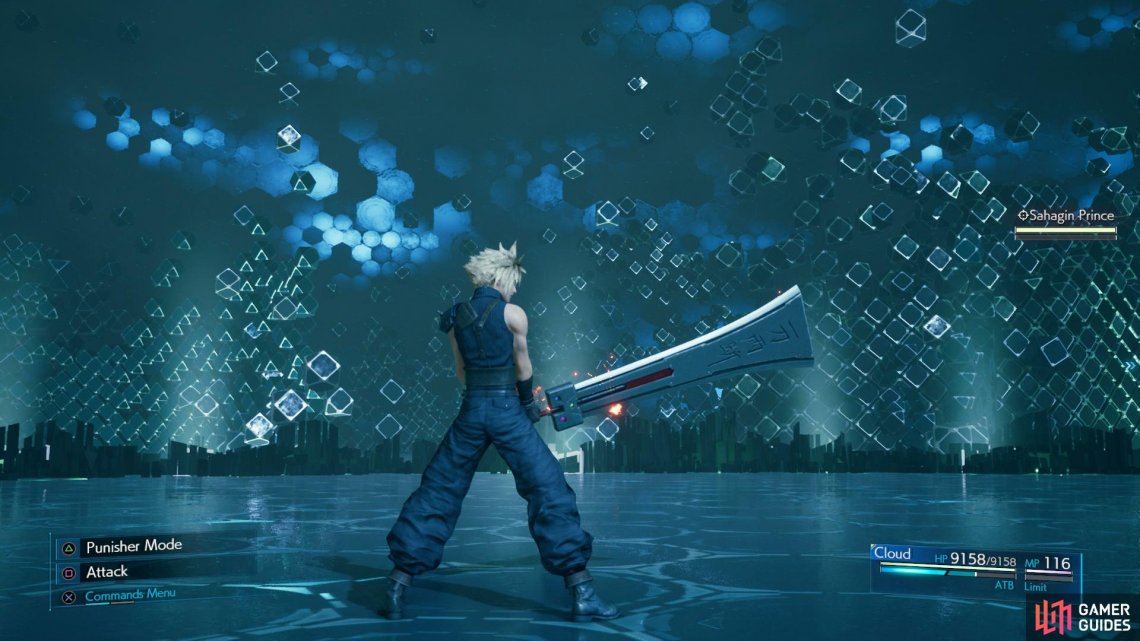 This is one of Cloud’s hardest hitting abilities, especially when used against Staggered enemies. It does come at a cost however, the wind-up animation on it is rather slow and you’ll need two ATB Charges to make use of it so you’ll almost certainly want to slot ATB Stagger to make the most of it. What’s more, some enemies’ Stagger gauge will decrease too quickly for you to get this off in time.

The Hardedge is an Attack Power monster and is by far Cloud’s strongest weapon in the game. It has some useful Magic Attack Power upgrades on it too but if you’re using this weapon, it’s for it’s Physical Attacks. Both Bloodsucker and the Attack Damage Boost skills are useful in most situations however it does lack the useful Reprieve ability that is so useful on Hard Mode so you may need to go into the tougher battles with Revival Earrings equipped to offset that loss. All in all, if you want a weapon that focuses on pure strength, the Hardedge is your weapon.

When spending SP on the Hardedge, always focus on any Attack Power upgrades followed by Aerial Attack and regular Attack Damage boosts. After this, grab any Materia slots you find however you can ignore Magic Attack for the most part, if it’s magic you’re after, you’re using the wrong weapon.