When you defeat enemies you'll earn XP and AP. XP levels up your main characters (Squall, Quistis, Zell, Selphie, Rinoa and Irvine) and is split between whatever GFs they have equipped, potentially leveling them up, too. The more GFs a character has equipped, the less XP each GF will get, as there are more mouths to feed, so to speak. As a GF levels up they'll generally gain more HP and deal more damage, and might unlock new abilities.

Each GF also has abilities they can learn, and each ability requires a set amount of AP to be accumulated before it's learned. You can tag skills you want a GF to learn in the GF menu, and as you defeat foes and accumulate AP, this AP will count towards the tagged abilities. Unlike XP, AP is not split between GFs - all equipped GFs acquire the full amount of AP gained. Each GF can learn a total of 22 abilities, and learning some abilities is a prerequisite for unlocking others. For example, learning HP+20% might unlock HP+40%. If a GF has 22 abilities when they learn a new ability, any abilities that would be normally unlocked won't be, so be sure not to fill up your GFs with extraneous abilities while still learning and unlocking new ones.

GFs can be taught new abilities via the use of certain items, with rare and sought-after abilities typically requiring equally rare items. Fortunately you can also force a GF to forget unnecessary skills by using Amnesia Greens (purchased from the Timber Pet Shop). You'll want to be careful with this, however, as some abilities, while easy to unlearn, can be quite difficult or impossible to teach again.

Generally you'll want to get rid of common, redundant or lackluster abilities like Magic, GF, Draw and Item - you really only need one of these on a character, after all. Other candidates include Elem-Atk-J (again, you only need one) Elem-Def-J and Elem-Def-Jx2 (both are obsolete when you get a GF with Elem-Def-Jx4), and likewise with ST-Atk-J, ST-Def-J and ST-Def-Jx2. GFHP+10% and SumMag+10% are both fairly disposable, too - raise your compatibility and you'll summon your GFs faster, making them less vulnerable, while honest, you probably won't be summoning most GFs all that often, making their GFHP and SumMag abilities expendable. 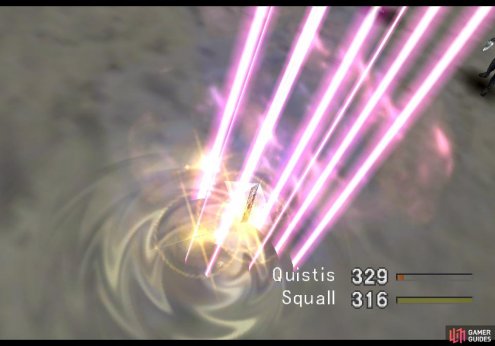 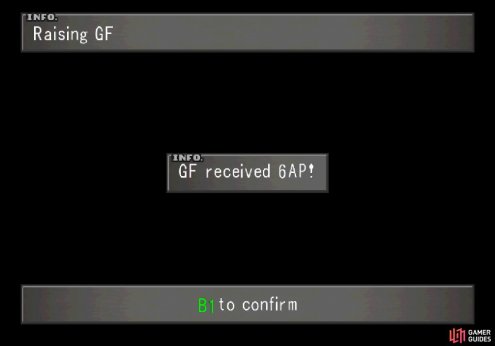 It's possible to increase a GF's AP while not leveling up your characters, which is kind of the whole point of a low-level run. To achieve this wondrous feat, use Quezacotl's Card ability, as it'll allow you to weaken enemies, then turn them into Triple Triad cards. This defeats the enemy, voids any XP you'd normally earn, but retains the AP - teaching GFs potent new abilities without leveling up your characters.

Since monster levels are based on your character's levels, the lower you keep the latter, the lower the former will be. Meanwhile, Card allows your GFs to gain power and learn abilities, which in turn open up more options, like refining higher-tier spells before you'd otherwise be able to get them. All this effectively makes your characters relatively more powerful than enemies, and is the ideal way to make gains in Final Fantasy VIII... at least until disc 3, when you can acquire a GF that'll make power-leveling far more lucrative...