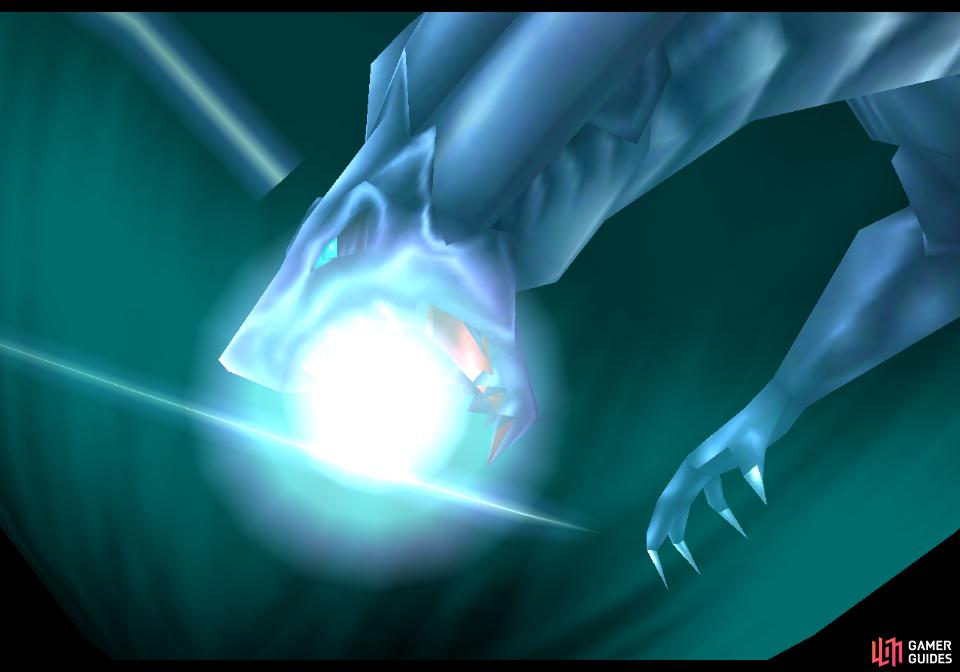 You’ll find Bahamut in the Deep Sea Research Center. Defeat Bahamut as a boss and it’ll join you as a GF. Bahamut’s iconic attack, Mega Flare, deals non-elemental damage (base power 55) to all enemies.

While Bahamut has no stat junctions, at the point in the game where you can acquire Bahamut, this shouldn’t matter much. Bahamut does, however, have Ability x4 - the only GF to natively know this ability, and Bahamut’s potent Str+60% and Mag+60% abilities are welcome additions to any ability arsenal.

In addition Bahamut can learn Auto-Protect (character always has the Protect status), Expendx2-1 (only expend one spell when doublecasting spells), Move-HP Up (regenerate HP as you walk), Mug (attempts to steal items while performing a regular attack) and Rare Item.

Rare Item increases the quality of drops you get from foes, but the name of the ability and its actual function are a bit at odds. Every enemy can drop four items (even if these four drops are different quantities of the same item), and these drops slots can generally be thought of as common, uncommon, rare and very rare. The Rare Item ability doubles the rate of getting an uncommon item while lowering the drop rate of common items somewhat, rare items slightly, and making it impossible to obtain very rare items. So if you were expecting an ability called Rare Item to help you get rare items… well, not so much.

Finally, Bahamut has the refining ability Forbid Mag-RF, which will allow you to refine top-tier, or "forbidden", magics out of items. Spells created with this ability include Meteor and Ultima and… that’s about it.