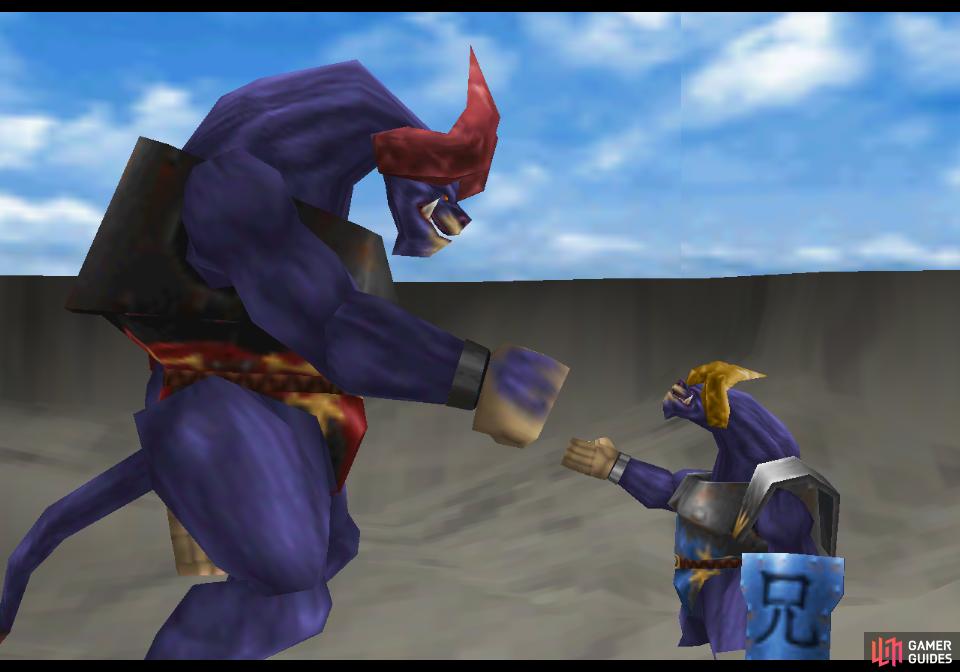 A pair of earth GFs, the Brothers GF can be found in the Tomb of the Unknown King. To acquire them, you’ll need to defeat both brothers - Sacred and Minotaur - in an optional boss fight. Their attack, Brotherly Love, deals earth elemental damage (base power 46) to all foes.

Another fine GF for warriors, the Brothers GF starts out with HP-J and can learn Str-J and Spr-J. Their ability, Defend, will allow a character with this command to significantly reduce incoming damage in combat - negating physical attack damage outright and reducing magic damage by 50%. HP+40% and HP+80% are both useful abilities for boosting a character’s HP total, and after these are learned their HP Bonus ability will give an equipped character +30 HP every time they level up. Sticking with their defensive theme is Cover, which will cause the equipped character to intercept single-target melee attacks against their allies.