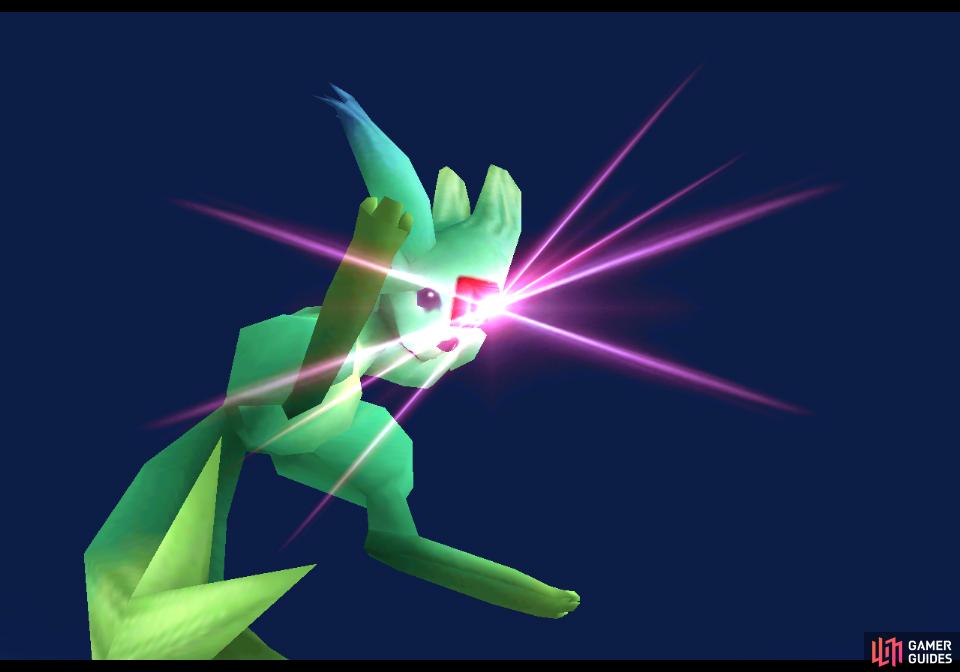 Draw Carbuncle from the Iguion boss(es) near the end of disc 1. If you fail to draw Carbuncle there, you’ll have to wait until disc 4, where Carbuncle can be drawn from Krysta. Carbuncle is the first GF you’ll find that doesn’t have an offensive attack - its Ruby Light summon instead casts Reflect on the entire party.

Carbuncle starts with Vit-J and can natively learn HP-J and Mag-J. Carbuncle, therefore, is a good companion to the Ifrit GF, allowing another character to make use of Shiva, Siren and Diablos - both of which will have a good stat junction spread. Like Siren, Carbuncle has the ST-Atk-J, ST-Def-J and ST-Def-Jx2 abilities instead of Elem-Atk-J or Elem-Def-J, and like Diablos Carbuncle will bestow Ability x3 to its user - another reason to keep it separate from Diablos.

Finally, Carbuncle’s one refining ability, Recov Med-RF will allow you to refine items into restorative items. Perhaps the most interesting combo in the early-going is refining 4x Tents into a Mega-Potion, which can then be sold at a profit. Voila! Infinite Gil.