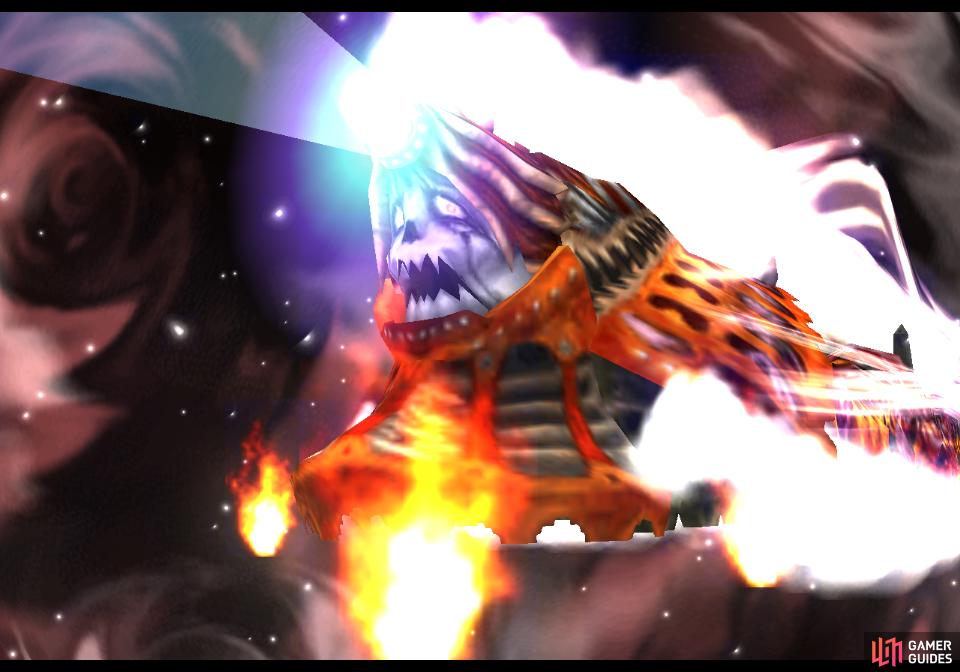 Doomtrain is one of the odder GFs to acquire, as you don’t fight it or draw it from any foe. Instead, throughout the game you’ll find Occult Fan magazines which provide hints as to how to summon Doomtrain. None of these magazines are necessary, however - instead you merely need to visit Tears’ Point in Esthar and pick up the Solomon Ring there. Once you have The Solomon Ring you’ll need to use it while you possess 6x Steel Pipes, 6x Remedy+ items and 6x Malboro Tentacles.

Malboro Tentacles: You can score these by defeating Malboros, which you can find in various places on the Esthar continent: on the western coast of the Esthar continent, near the entrance to the Great Salt Lake, just outside Tear’s Point in Esthar’s Abadan Plains (stick to the rocky parts, not the sandy parts) to the north of Esthar City (Nortes Mountains) and a few areas you can’t access yet. If you go hunting them, just make sure you’re in the right place by checking the bottom of your menu screen.

You can also get this via Card Mod, as four Malboro Cards turn into one Malboro Tentacle - twenty-four cards is a bit much, but it’s an option.

Remedy+: Probably the easiest item to obtain, you can get these by using Alexander’s Med LV Up ability to turn ten Remedy items into a Remedy+. Sixty Remedy items will get you the six Remedy+ items you need. Remedy items can be purchased from a variety of shops, including Balamb Shop, Dollet Shop, Timber Shop, Esthar Shop, Man from Garden and Esthar Shop!!!. With all of Tonberry’s abilities, this should set you back 45,000G.

Steel Pipe: Perhaps the most common item, you can get them from GIM47N and Wendigo enemies, the latter of which are probably more easy to encounter. You can find Wendigo enemies in forests near Dollet and Timber, to name a few place. You can also obtain Steel Pipes by using Card Mod on the Elastoid Card - one card, one pipe.

When summoned in combat, Doomtrain will perform its Runaway Train attack, dealing poison damage (base power 45) to all enemies and possibly inflicting them with Blind, Berserk, Confuse, Doom, Meltdown, Poison, Silence, Sleep, Slow, Slow-Petrify and Stop.

Doomtrain has no stat junctions, but by the time you can acquire this GF, you shouldn’t really need any for the more common stats. Doomtrain can learn both Elem-Def-Jx4 and ST-Def-Jx4, however, giving whatever fortunate character Doomtrain is junction to great defenses against status effects and elemental damage.

In addition, Doomtrain can learn Absorb (drains 10% of the target’s current HP and heal the user for the same amount), Darkside (deals 3x normal damage with their regular attack at the cost of 1/10 of their HP) and Auto-Shell (permanently bestows the character with Shell).

The Junk Shop ability will call upon the services of a junk shop, allowing you to craft weapons wherever you please. Forbid Med-RF will allow you to refine items into various high-tier, or "forbidden", medicines like Elixirs, Megalixirs and stat-boosting items (HP Up, Str Up, Vit Up, Mag Up, Spr Up and Spd Up). Along with Card Mod and GF Abl Med-RF.