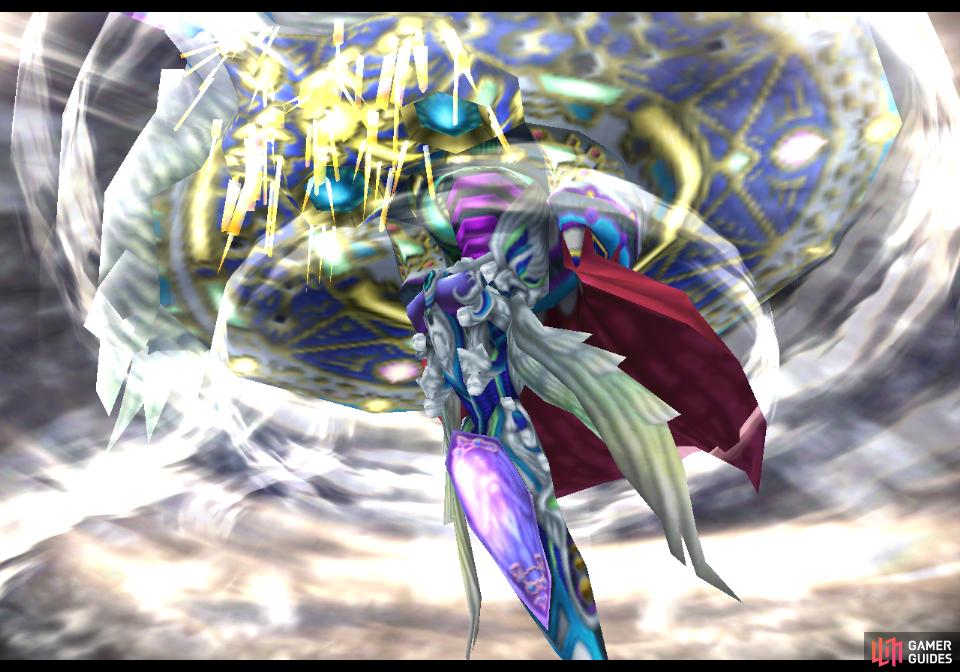 To acquire Eden you'll have to draw it from Ultima Weapon, a superboss which dwells in the depths of the Deep Sea Research Center. If you fail to acquire it from Ultima Weapon, you'll have another chance to draw Eden from Tiamat in disc 4. Eden's attack, Eternal Breath, deals non-elemental damage (base power 70) to all foes, ignores their Spirit stat, and can break the damage limit, making Eden by far the most powerful GF in the game.

Eden has three rare junctions - Spd-J, Eva-J and Hit-J - and Luck+50% making it a great addition to any party, even late. It also has some familiar commands, like Darkside (deals 3x normal damage with their regular attack at the cost of 1/10 of their HP) and Mad Rush (bestows Berserk, Haste and Protect on the entire party).

Eden also has unique abilities like Devour, which attempts to... well, eat a creature. The creature devoured and its level determine the results, but some high (typically level 30+) enemies can give character permanent stat boosts when devoured, making it one of several viable ways to min-max stats in the late-game (check out the section Max Stat Boosting for more info on how this works). Expendx3-1 is exactly what it sounds like - you'll only expend one spell when triplecasting spells.