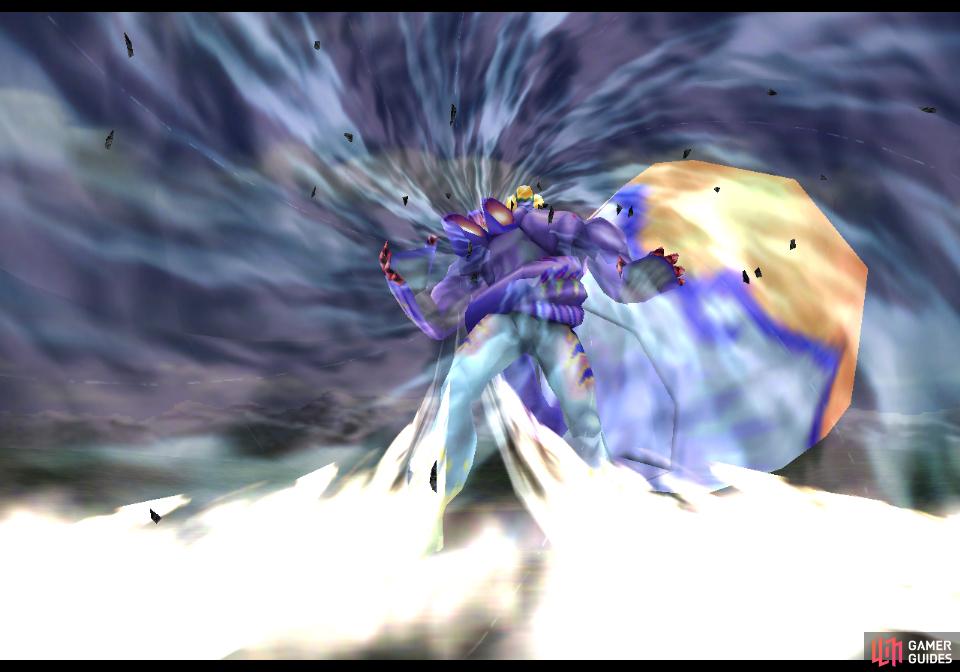 Pandemona is a wind elemental GF. You can draw it from Fujin when you encounter her and Raijin in occupied Balamb on disc 2. If you fail to draw Pandemona from Fujin, you’ll have to wait until you fight the Red Giant boss in disc 4. Pandemona’s attack, Tornado Zone, deals wind elemental damage (base power 46) to all enemies.

For junctions Pandemona possesses Str-J, which is probably too late to be of much interest. Pandemona’s Spd-J on the other hand is a novel and useful junction. In addition Pandemona has standard elemental GF abilities like Elem-Atk-J, Elem-Def-J and Elem-Def-Jx2, for what that’s worth. In addition, Pandemona has Str+20%, Str+40%, Spd+20% and Spd+40% to accompany its stat junctions.

Other noteworthy abilities include Absorb and Initiative, the former of which will drain 10% of the target’s current HP and heal the user for the same amount while the latter will cause the character to start each fight with a full ATB bar.