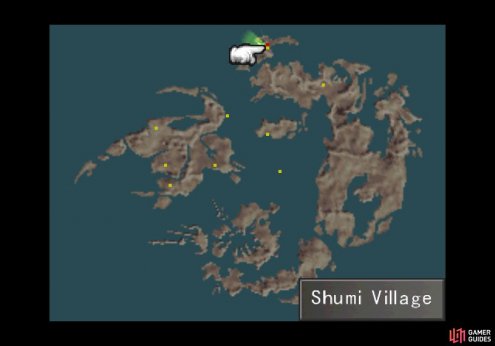 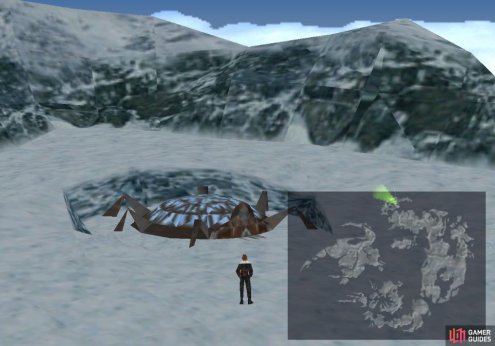 You can start the Shumi Village Sculptor quest anytime after the events at Fisherman’s Horizon, after you have control of a mobile Balamb Garden. Your destination - Shumi Village can be found on the northern-most landmass, just head north of Balamb, steer around the edge of Esthar, and make your way to an island to the far north. Sail northeast along the southern coast until you find a beach you can make landfall at along the thinner, eastern tail, then pilot Balamb Garden west a short distance on land to find a domed structure - the Shumi Village. Exit Balamb Garden and hoof it over to this town. 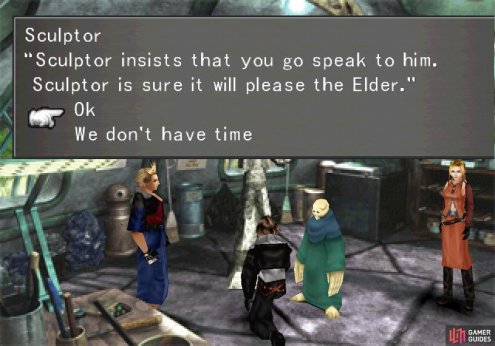 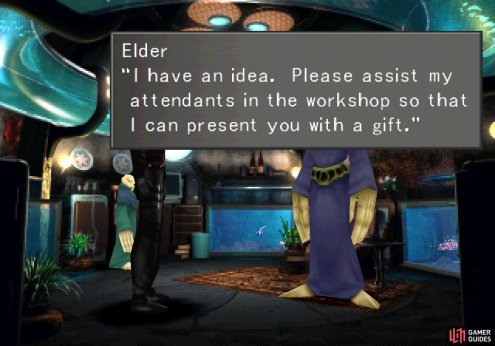 Continue up to an elevator, passing by a guarded Ultima draw point and ride down to the Shumi village proper. When you get off the elevator, run left through the Shumi Village, exiting to the left twice until you reach a screen with a pond at the bottom. There are two houses here, one to the left and one to the right. Enter the house to the left and head up until you find a statue of Laguna, which naturally gets Squall’s attention, who will in turn get the Sculptor’s attention. After the Sculptor tells you about Laguna you’ll be referred to the Elder, whose house you’ll now have access to.

Exit the Sculptor’s house and head right one screen. In this screen you’ll find that the Moomba standing in front of the house is gone, allowing you access. Enter the Elder’s house and endure some chatter, then go to leave and the Elder will offer to help you… but since the Shumi don’t do charity, you’ll have to earn it.

Leave the Elder’s house (for real this time) then return back left to the screen with the pond and enter the house on the left and talk to the Sculptor again, who will ask you to find several stones for him. Scavenger hunt time! You’ll need to hunt down a series of stones in order of assignment, and after you find one (they’re all located in the Shumi Village) return to the Sculptor to get another assignment. Their locations, in order, are as follows: 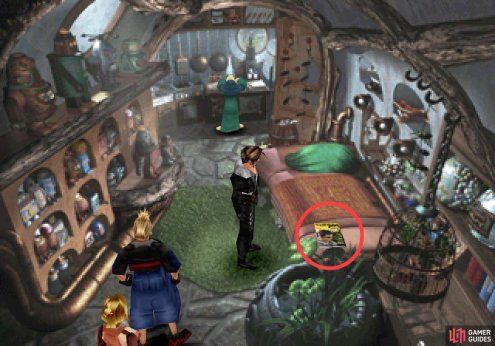 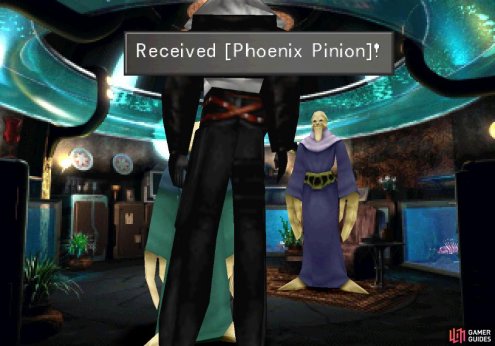 When you have the final stone, return to the Sculptor and talk to him twice to learn the true purpose of these errands. Head back to the Elder’s house and you’ll be given a dubious "gift", after which the Shumi will reward you with a souvenir that’s of much greater material value - a Phoenix Pinion.

Leave the Elder’s house and when your companions complain, pick the option "Explain what it all meant" to muse about the intentions of the Shumi. After a scene between the Elder and his Attendant, exit out to the world map, then return to the Sculptor’s house to find the Attendant reassigned there. Poor guy. There’s more goodies to gain and questing to do, but it mostly involves running about and talking to people, so another summary is in order: