After you complete the SeeD exam and suffer through the party afterwards you'll be given your first mission as a SeeD. After the debriefing, talk to Cid again and he'll give you the Magical Lamp, which you can use to summon the GF Diablos.

Before talking about what you should do, it's best here to talk about what Diablos will do. Diablos is a non-elemental critter fond of using gravity magic. In time honored tradition, gravity magic deals damage based on a percentage of a character's remaining HP. To that end, Demi will reduce the target's HP by 25% and Diablos's Gravija attack will reduce the HP of the entire party by a whopping 75%. Neither of these attacks can kill a character, but they can reduce your HP low enough for Diablos's physical attack - which is relatively potent - to do them in. 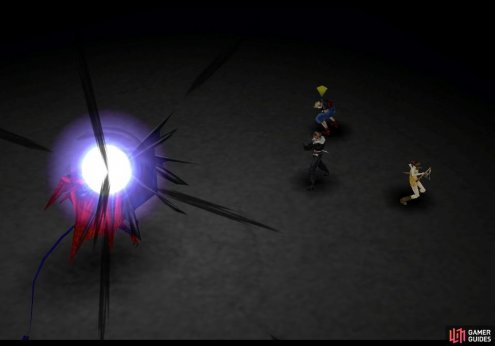 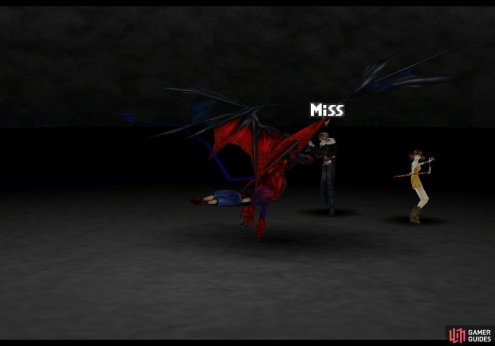 That being the case, having low HP is just something you'll need to get used to for this fight, as any healing you apply can and likely will be swept away by the next Gravija. Instead of restoring damage you'll need to focus on mitigating it, and Diablos is thankfully weak to both the slow and darkness statuses. If you're challenging Diablos at your earliest convenience you won't have access to Slow magic (ironically you can get that from Diablos himself) but you can cast Blind or junction it to your weapon's Status Attack. He's 50% resistant to it, so it may take a few tries, but once he's blinded his chances of successfully landing a melee attack will drop dramatically. You can further shield yourself from Diablos's onslaught with the Protect spell, and should something go amiss you can just use a Phoenix Down (or Life spell, if you refined it) on a downed character. 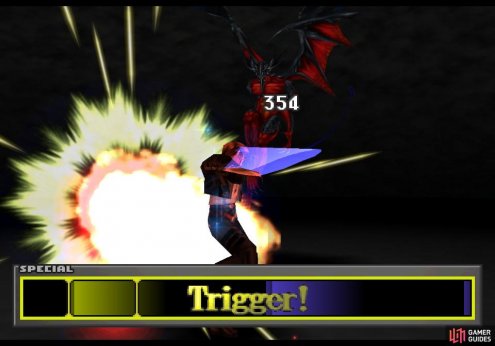 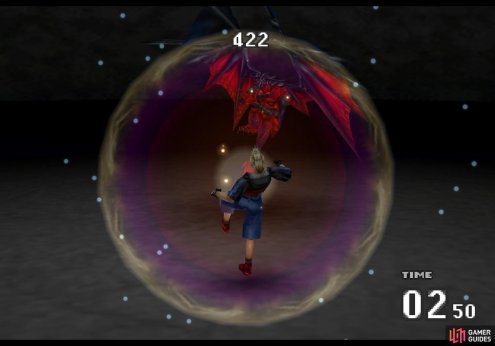 Once Diablos is blinded, your task is simple - cut him down as quickly as possible. The good thing about Diablos's gravity attacks is that they leave your characters with very few HP, allowing you to perform limit breaks with little restraint. Any turn not spent attempting to inflict Darkness, using a limit break, or reviving a downed character is probably one not being used optimally. If you have a relatively high Strength score and kept your level low, Diablos could fall in one or two limits, if not, the fight may drag on longer.

You can draw Demi and Cure from Diablos, and while Demi is a tempting spell, it might be easier to simply get it via Card Mod after defeating Diablos. Casting Demi on Diablos is also a fine way of shaving down his HP, although you should be wary of the fact that Diablos will retaliate with Demi if you cast spells on him. Oddly enough, if you cast Demi from your own spells stocks (not draw-and-cast) he'll respond with Curaga, healing the offending character by a hefty amount.

So to summarize, start out trying to inflict Darkness on Diablos, then having your melee-competent characters (ideally those with good Strength junctions) use their limits while the character without a Strength junction draw-casts Demi or heals and revives. When Diablos falls you'll obtain either the drop of G-Returner x8 if you're under level thirty or Hero x4 if you're level thirty or above. You'll also score the Diablos Card for Triple Triad, and most importantly of all your gain Diablos's services as a GF. 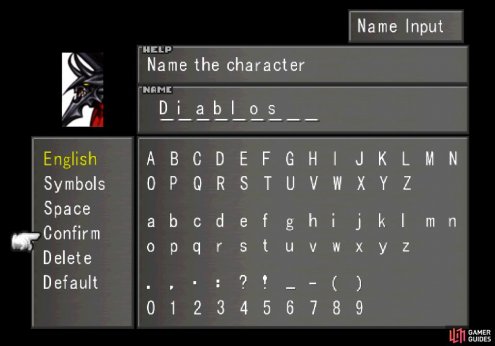 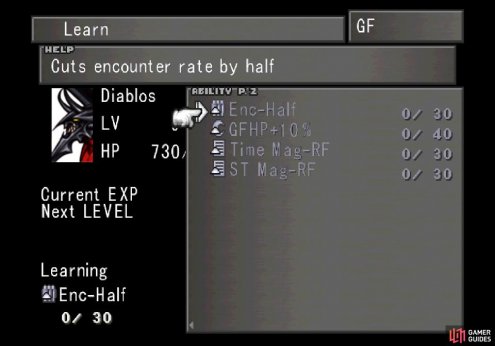 The Diablo card can be refined into 100 Black Hole items via Card Mod. Since this item can also be obtained from the much more common Gesper card (and since you need very few Black Hole items to Card Mod into Demi spells) the Diablos card is one that's best left alone and used for playing, not refining.

Note: Diablos's Enc-None ability is vital if you wish to keep your levels low. Learn it as soon as possible.