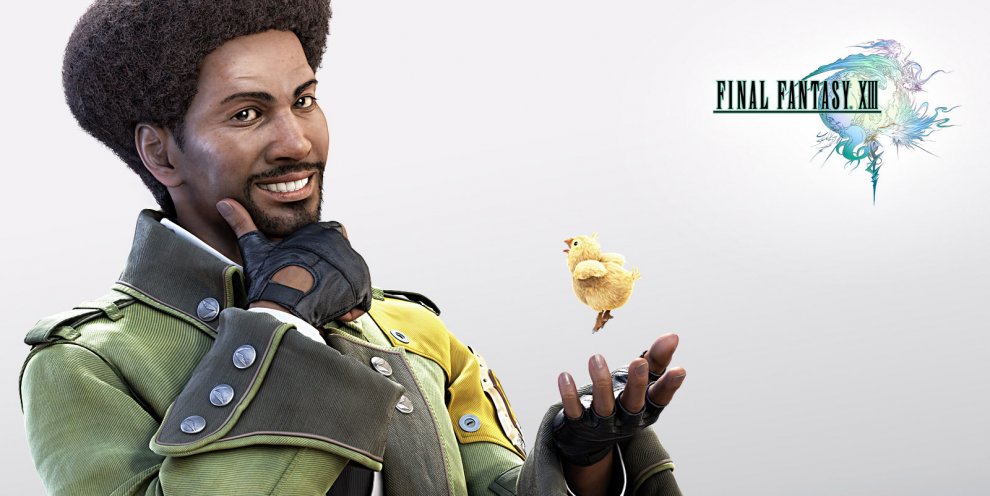 Sazh is a middle-aged man who works as an airship pilot.

Despite being middle-aged, Sazh possesses a carefree, cheerful attitude, even when faced with constant adversity. He has worked as an airship pilot for many years which has allowed him to witness a great many things. Sadly, his wife died three years ago, leaving him to raise their son, Dajh, alone.

His sole motivation is to make sure his son is happy. He constantly puts himself at risk to protect Dajh and blindly follows this path without question. That is until the events of Final Fantasy XIII cause him to realize there are more things to think about than just his own interests.

His constant companion is a little Chocobo Chick that nests in his afro, which he got for Dajh before Dajh was crystallized. He keeps it around with the promise that when Dajh awakes, he can finally see the chocobos he loves.