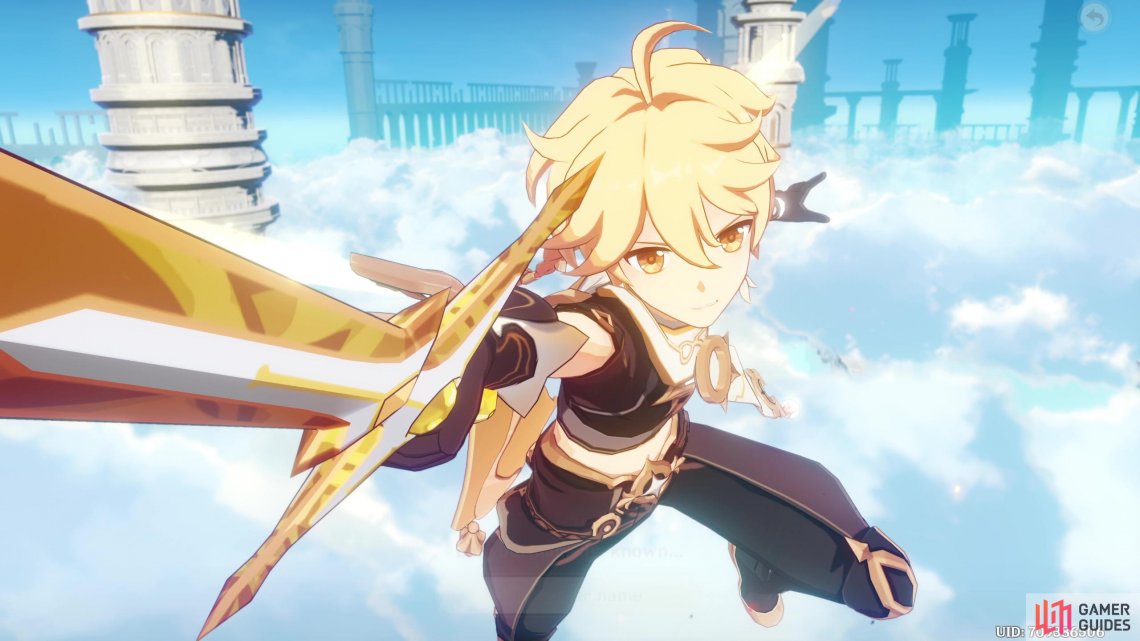 “The god took away your only kin, and you were sealed and cast into a deep slumber. Upon your awakening, you wandered alone for a time until you met a strange companion named Paimon, thus beginning your journey through the continent of Teyvat…”

After some brief scenes, you are tasked with selecting a twin. This does not alter the story beyond minor dialogue changes so choose whichever one you prefer. Next, select a name for your twin which will be displayed in-game and during co-op later.

After the opening cutscene ends, you find yourself on a beach in an unknown place talking to a fairy-like creature known as Paimon. Paimon will be your travelling companion throughout the game and helps you with everything from new discoveries and menu options, through to the shop and helping you acquire new characters.

After the story recap, a movement and camera tutorial will appear, which will differ based on the device you are using. If you are a PC user, you can switch to a controller scheme in the Settings menu. Use this opportunity to familiarise yourself with the controls and start to explore your surroundings.

Genshin Impact is a massive open world so you will constantly find items and chests as you travel around so always be on the lookout for sparkles. In this first area alone, look out for crabs by the shore and if you successfully catch one, you will get a brief inventory tutorial. Here you will find all of the items you discover and collect in game with descriptions of each one. Crabs are used in cooking recipes for instance. 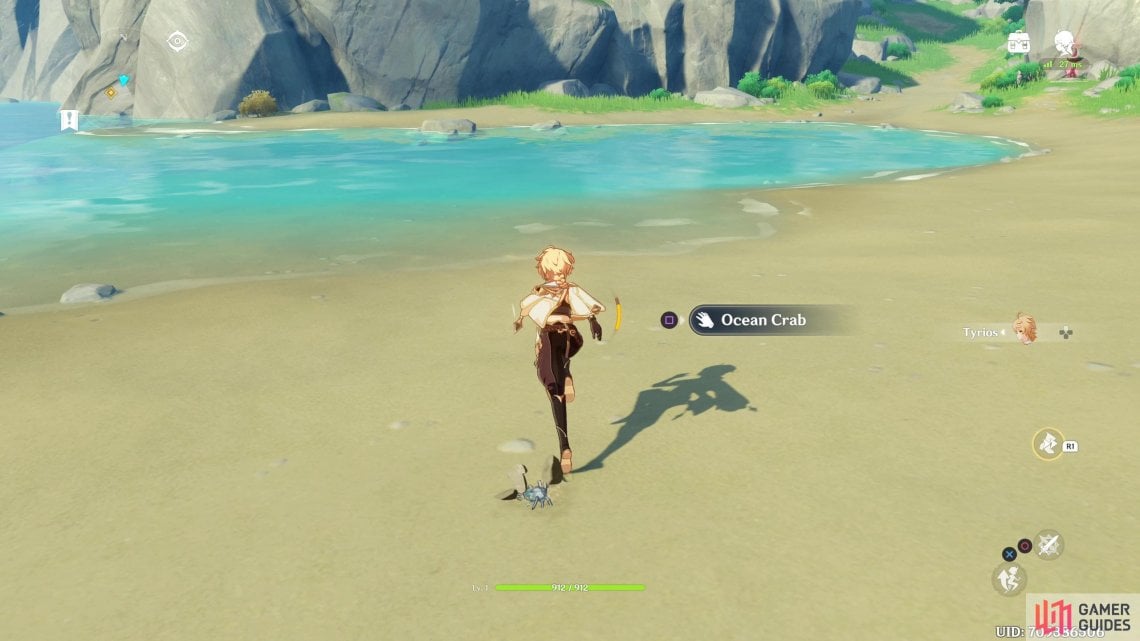 (1 of 2) Grab any crabs you find on the beach but watch out, they’re fast! 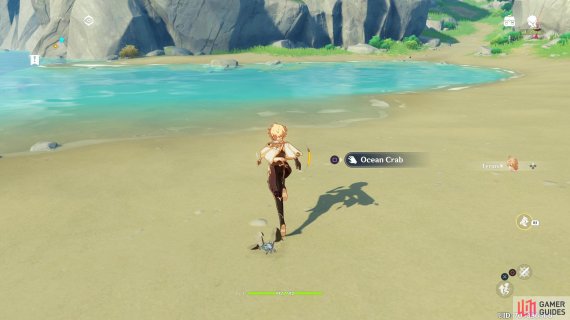 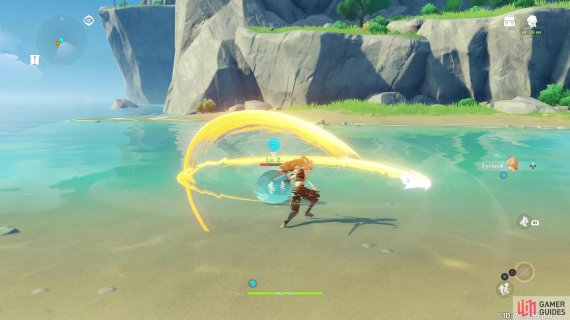 Grab any crabs you find on the beach but watch out, they’re fast! (left), Attack the Slime when it jumps out of the water. (right)

Approach Paimon who is waiting a bit further along the beach and she will fly off a little way so follow her until a slime pops up from the sand. This is your first battle! Use your sword attack several times to literally burst its bubble then continue on towards Paimon who is waiting by a teleport waypoint. Touch the waypoint for +10 Adventure EXP and an explanation will appear. Teleport waypoints act as fast travel points allowing you to quickly travel around the map.

Continue on towards the cliff where Paimon is waiting and watch out for lizards and flowers to collect along the way. As you approach Paimon she will announce that the path ends here so the only option is to climb. She will explain that climbing depletes stamina from your stamina gauge (much like sprinting) and this takes time to recover. Simply, jump onto the cliff and climb to the top to complete the quest.