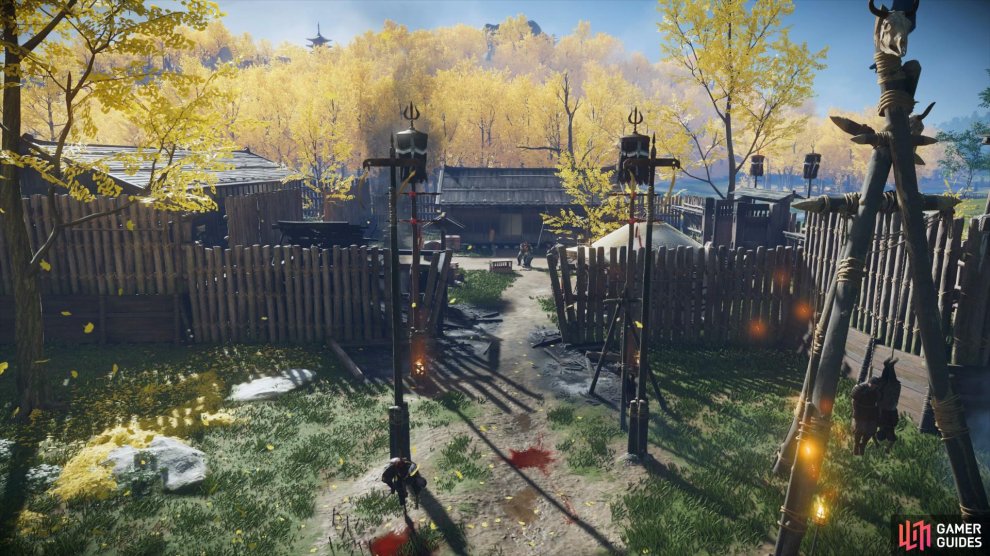 South of Yagata Farmstead, along the river, is another enemy outpost, called Old Trading Post. This is probably the smallest one in the game, as there are only a handful of enemies in it. The best way to get inside is via the gap in the outer wall, so do that. Despite the limited number of enemies, one of them is a Mongol leader, so if you still need them to unlock new Stances, this is another opportunity. Outside of it being an outpost, there’s nothing of note inside it, so liberate it and be on your way.