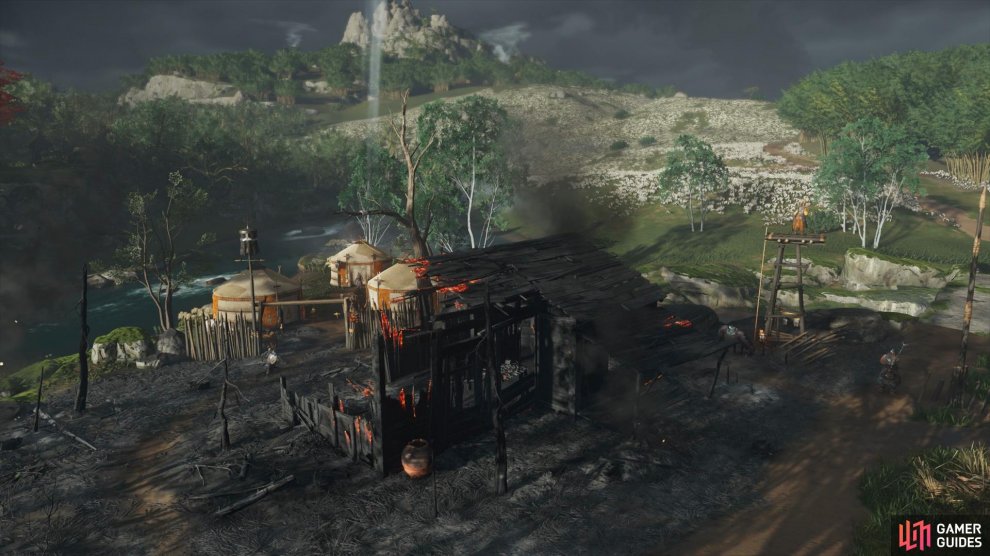 Head a short distance to the west of Kushi Temple to locate Hissing Creek Crossing by the border of the prefecture. This is a small Outpost with the primary objective of defeating all of the stationed Mongols.

The southern entrance is open with patrolling Mongols so instead, make your way around to the northern edge near the river where you can begin silently taking out a few lone Mongols. The leader is training to the west of the encampment so avoid him for now and attempt to take out as many as possible, including the archer on the tower, before you draw his attention. Despite there only being a small amount of Mongols in this Outpost, all of them but the leader are Brutes meaning you’ll want to stick to the Moon Stance to effectively defeat them. 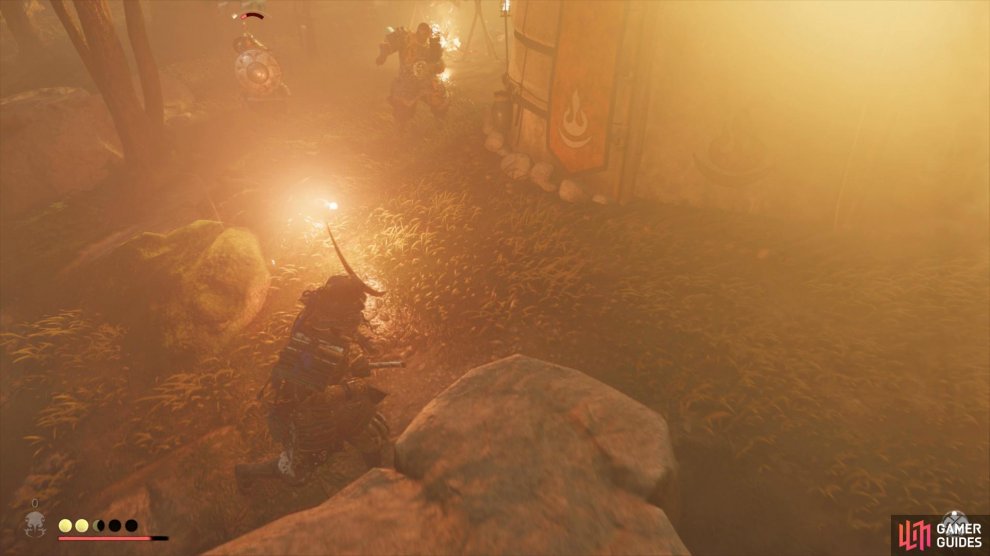 The majority of the Mongols in this Outpost are Brutes so be sure to switch to Moon Stance.