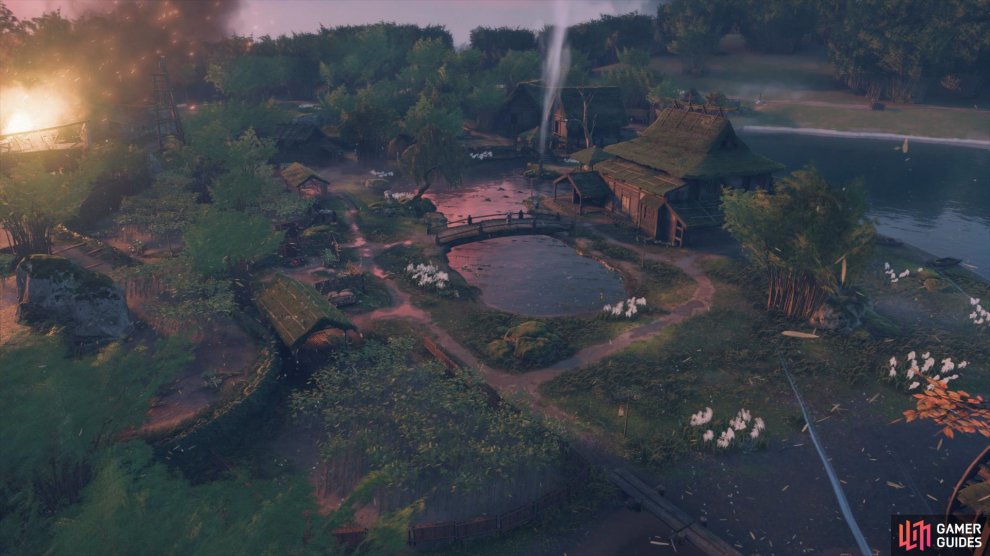 Head to the northeast of Kushi Temple to locate Koshimizu Farmstead, one of the largest Mongol Territories in the Toyotama Region.

Your goal this time around is to Defend the Hostages which includes killing all of the Mongols here along with rescuing three hostages. Due to the size of the farmstead, there are a number of ways to approach the area. Coming down from the north side of the farmstead, you’ll immediately come across a hostage in a house with Mongols stationed just outside so head around the perimeter of the house dispatching the Mongols there before heading inside to deal with the others and rescue the first hostage.

The second hostage can be found just a little south to the previous one and this one contains two archers perched either side of him so be sure to target them first before rushing in to protect the hostage against any other nearby Mongols. The final hostage can be found just around the corner of this previous one and you’ll only need to deal with four Mongols, all that can easily be assassinated if you’re careful.

Your final task is to take the remaining Mongols out in the garden, there’s a large group of them here and if you can, a Stand-off is useful here before using Black Powder Bombs and Sticky Bombs to take groups out at a time. Aside from the usual rewards for clearing this Outpost, you’ll also obtain the Key of Koshimizu needed for the Unbreakable Gosaku Mythic Tale. 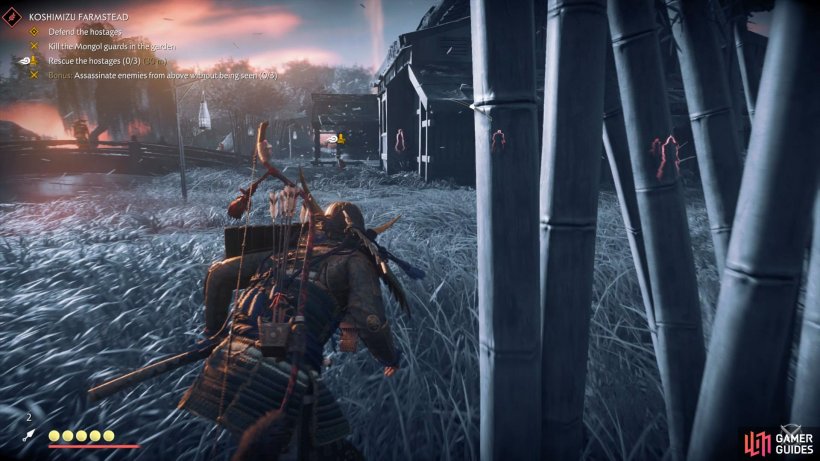 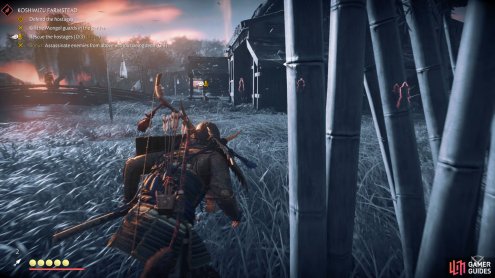 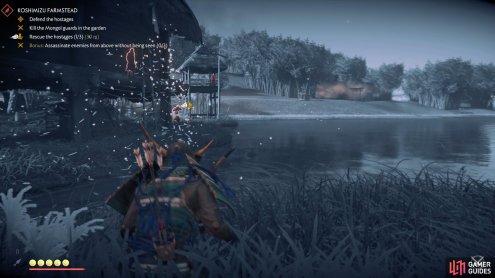 Approach from the north to find the first hostage (left), this hostage has two archers either side of them. (right)