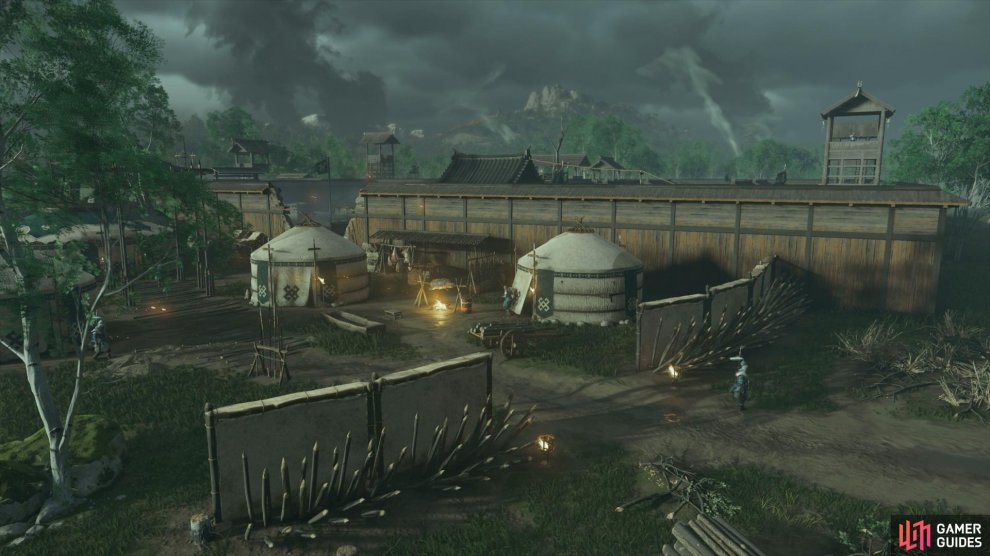 You’ll find Fort Imai to the north of Umugi Cove and you’ll also find this is one of the more larger Outposts here with a whole host of objectives such as claiming Sashimono Banners, releasing falcons and defeating the War General.

You can begin your approach from the south, in the lower camp where you’ll find less enemies to deal with. If you take the initial group of enemies out near the entrance, you can find a Mongol Artefact in the large tent at the back. From here, you can easily get to the where the archer is stationed on a tower and after dealing with him, give yourself a great view over the entire fort.

From here, you can either go about it using Stealth and drop down from the tower or you can use it to start raining arrows down on them and draw the enemies to your position. The first Sashimono Banner can be found just up here and you can get into the house to clear out another two Mongols while waiting for the War General to walk past and take him out too. This clearing is also an excellent place to draw more enemies to, especially if you have Sticky Bombs and Blackpowder Bombs on you to strike large groups at a time, just beware of the Ronin that are stationed here. 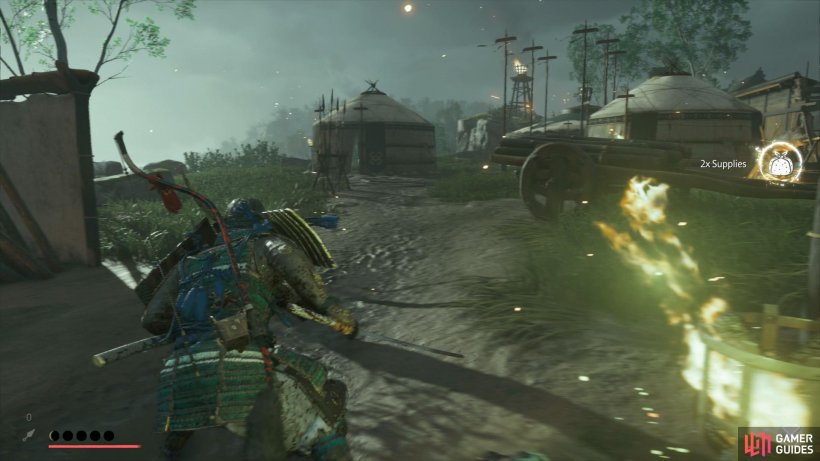 (1 of 2) Begin your approach from the lower camp 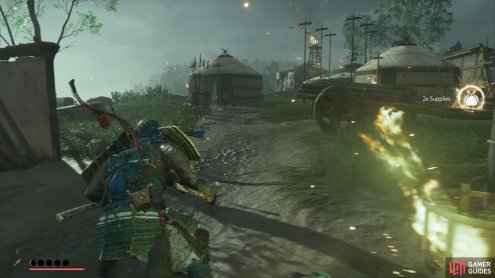 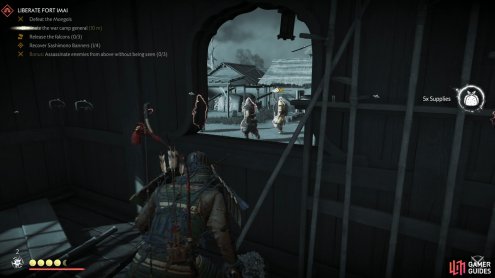 Begin your approach from the lower camp (left), you can easily reach this house and take out the War General as he walks by. (right)

You should only have stragglers left at this point so head around the rest of the fort, clearing them out and collecting the last of the items needed to clear this fort. Note that there’s another Mongol Records to pocket before you leave this area.