Before moving on what will likely be the biggest portion of Izuhara, let’s tackle the other main mission you see in Komatsu Forge. Approach the marker on the map and speak with Yuna, then travel with her to the forge. While she takes care of something else, go inside and talk with Taka, who will hand over the tool he’s been working on, a kaginawa (or a grappling hook). Of course, this little exchange is cut short, as a familiar voice outside is calling your name. Ryuzo has come to seek your help, as the Mongols have capture some of his best fighters and imprisoned them at Fort Yatate. The only problem is this place is located at the top of a cliff, so getting to them is going to present some issues.

Luckily, some of his men are still free and waiting for you at some nearby crossroads, so hop on your horse and follow Ryuzo. Eventually, you’ll meet up with the other Straw Hats, then ride out to Fort Yatate from there. Continue moving with Ryuzo until you decide to split up and enact your plan to scale the cliffs on your own, which will be done thanks to your new tool. Follow the cliffs until you reach a large gap you can’t jump across normally, with the game popping up a brief tutorial on how to use the grapple. Basically, jump toward any spot where the grapple hook is viable and press the R2 button. Jin will automatically latch on to the target, whether it’s a branch or a point on a wall. 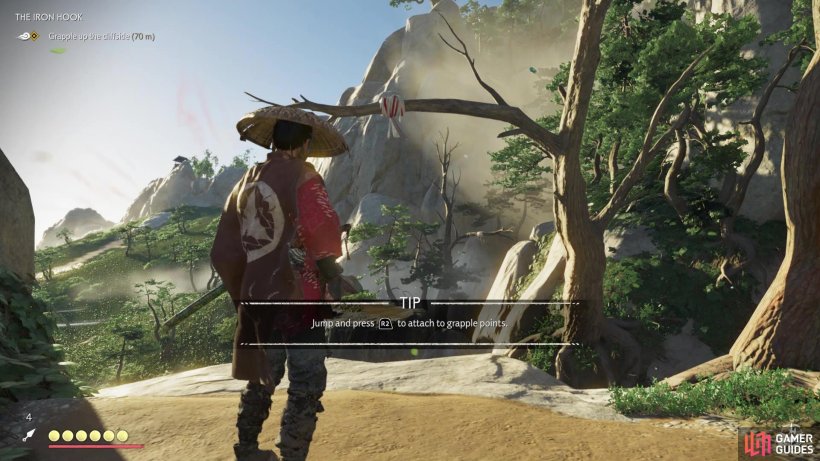 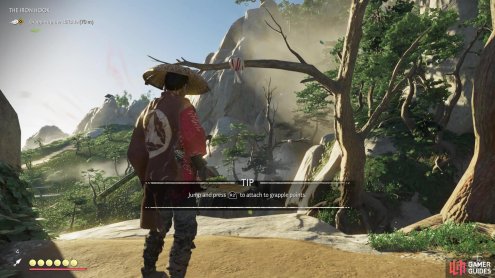 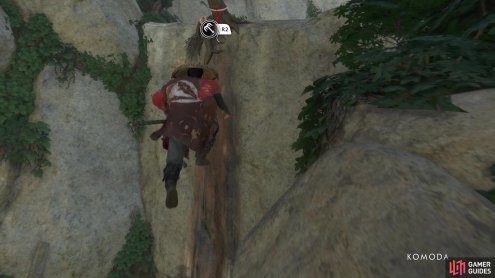 You can see the special designation for things you can grapple (left), Just jump towards them and hit R2 (right)

The path to the top of the cliffs is pretty straightforward and doesn’t deviate at all, but you will be using the grapple hook the entire way. Once you reach the top, you will have a decent view of part of the fort. There will be a number of grapple points in between the buildings you can use to get from one spot to another, without worrying about being spotted by the Mongols. You will probably want to treat this place like a large outpost, so take your time and try to isolate Mongols as best as you can. Archers should always be the number one priority, so take a gander at the towers and take those out first.

You have a lot of Ghost tools at your disposal, so don’t skimp on using them here. Wind Chimes (Firecrackers, if upgraded) are great for luring enemies, meaning they can be used to set up assassinations. Your primary goal is to rescue six Straw Hats, of which they are in pairs in three cages. Should you free them while you’re still killing Mongols, then they will follow you around, so it might be best to wait until the fort is clear before breaking them free. The freed Straw Hats will help you in combat, though, but they can fall, so make sure you revive them if that happens. 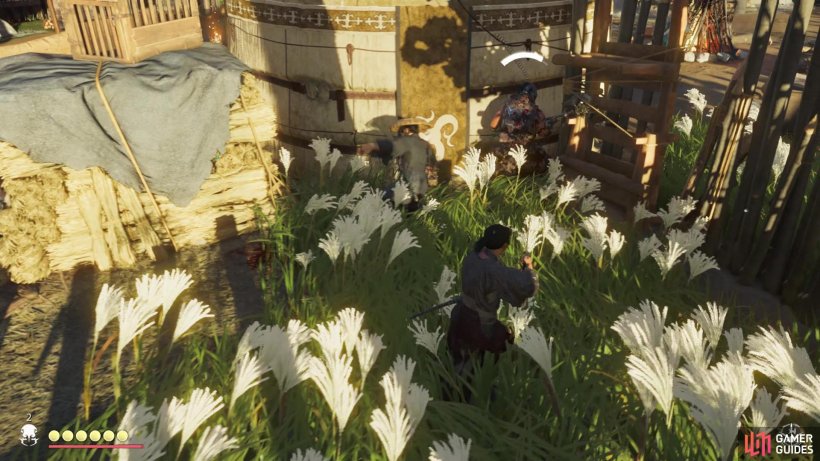 (1 of 2) When freed, the Straw Hats will follow you around and fight with you 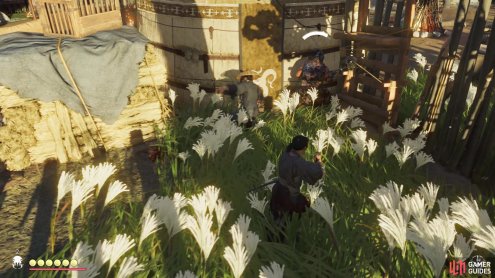 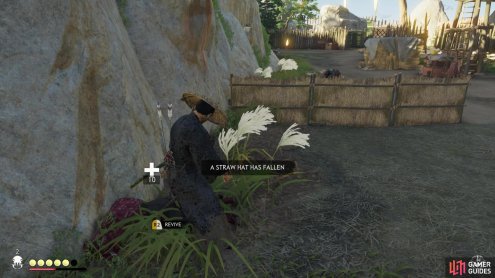 When freed, the Straw Hats will follow you around and fight with you (left), Make sure you revive them should they go down (right)

Mongol Artifact: There is a Mongol Artifact located on the outside of one of the tents, so grab it while you’re here, since this isn’t an official outpost, meaning you can’t fast travel back here (you can still revisit this place).

Upon freeing all of the Straw Hats, head over and set off the alarm to signal Ryuzo. Open the gate in front of you, then get ready for a large battle against some Mongols, with some help from Ryuzo and his friends. If you have explosive arrows in your inventory, you can do some real damage on the Mongols, as they will be clumped together at the beginning. You are up against blue-tiered enemies, with the most annoying out of the bunch being the one that throws bombs. Overall, though, the Straw Hats will typically help out a lot here, but be mindful that if they go down, you do need to revive them before the timer reaches zero. When all of the Mongols are dead, that will be the end of the mission.