At Jogaku Temple, meet up with Yuna to discuss the next course of action. In order to defeat the Mongols for good and kill the Khan, Jin and the others will need to do some surveillance to find a weak spot in the Khan’s defenses. You and Yuna head to Port Izumi to do some surveillance, but the best spot will be from the top of the lighthouse. Head down the slope and you’ll be taking the back way to the lighthouse, although there are some Mongols on this path. Thankfully, they are spaced out enough that a stealth kill won’t alert the others, for now. So, sneak up on the Mongols when their backs are turned before assassinating them.

After the first two kills, climb to a higher ledge and look for the archer overlooking the area below. In the same area, there will be another Mongol near a tent, with another close by that is patrolling. So, wait for the opportunity when the patrolling Mongol is moving to the right before striking the one in front of you, then quickly drop down and eliminate the other. The next two behind that tent are easy to get, so do them in and go after the enemy standing underneath the covering. 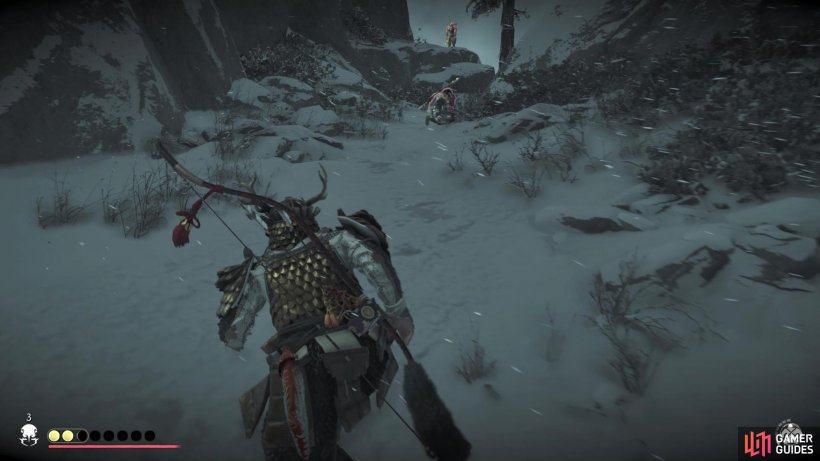 Your goal after this is the route below by the campfire, but two Mongols are sitting by it. It seems if you wait long enough, one of the Mongols will eventually walk away, so you can head down there and kill the Mongol by the fire. Note that there is a Mongol Artifact right next to this fire, so grab it now. Take care of the Mongol who walked away from the campfire, then look for the back entrance of the lighthouse. There should be a small crack that you can squeeze through to get inside, so do that and hold R2 on the barrel on the floor. Climb to the top of the lighthouse to survey Port Izumi and finish this short mission.