The battle plan is coming together, but Jin feels like more men are needed, so he decides to plea with his uncle to see if he will join them in the fight against Khotun Khan. Speak to Yuna at Jogaku Temple to begin this mission; she will be right next to the Gift Altar. Once Jin finished writing the letter to his uncle, follow Yuna out of the building, where she will present to you another horse. As during the prologue, pick either of the horses, then a name and you will be able to customize them with a saddle once more. Jin’s plan is to infiltrate Shimura Castle stealthily and just leave the letter in his uncle’s quarters.

Upon gaining control and unless you want a long journey ahead of you, it’s best to fast travel close to Shimura Castle. You will want to approach the castle from the north, so stay in Kamiagata. When you get close enough, a cutscene will trigger, then you will have control of Jin again. Head towards the waterfall and there will be some footholds to the left of it (don’t mind the person nearby, as he isn’t an enemy). Climb to the top and squeeze through the hole in the wall to enter Shimura Castle’s grounds. Before you go crazy here, there are two things that should be said. 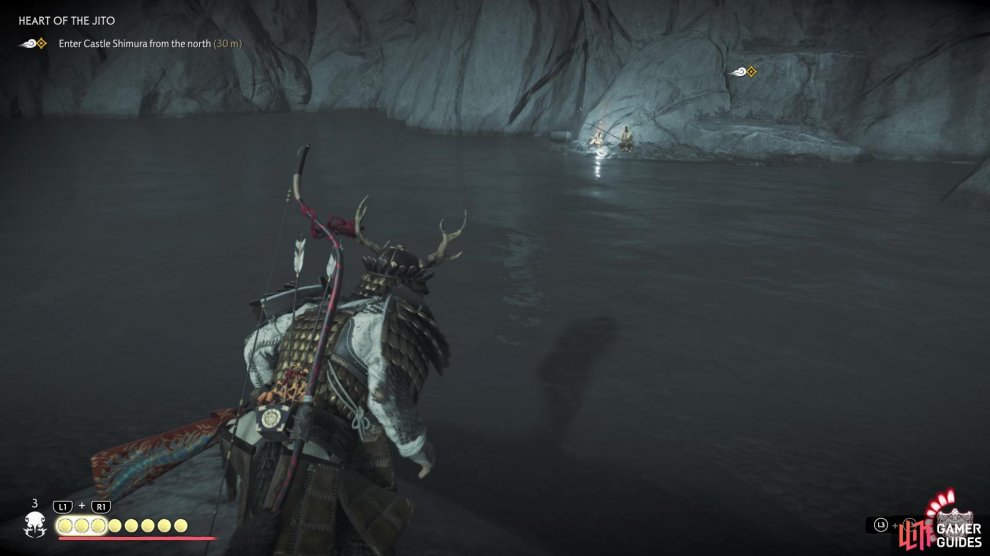 The NPC by the waterfall is not an enemy

You cannot kill anyone here, so don’t even try to perform any assassinations. Also, you cannot be seen at all, meaning if someone’s detection meter turns red, then you will have to restart at the last checkpoint. It would be a great idea to equip the Ghost Armor here, to give yourself a little extra time in case one of the guards does detect you. From where you entered, head across the bridges to your left and grapple the building straight ahead of you after the second bridge. This will place you on the roof of the building, giving you a view that should be familiar.

See the bridge that was destroyed during the battle to retake Castle Shimura? That is where you will be heading, so jump onto the outer wall, then into the waters. Find a rock you can climb onto, then head for the underneath of the bridge. Apart from some scaffolding, the path is more or less the same, especially on the other side, where you need to use your grappling hook. Once you make it across, don’t jump into the building right away, as there is a guard in there. You will have to time it so his back is to you whenever you jump through, and as soon as you do, move into the room on the right. Additionally, if he doesn’t move from his post, use a Wind Chime to get him to move, then do the above when he’s resetting. 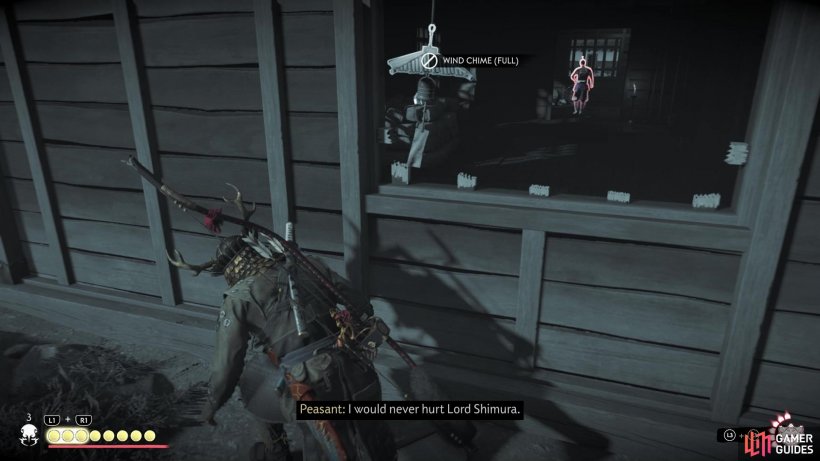 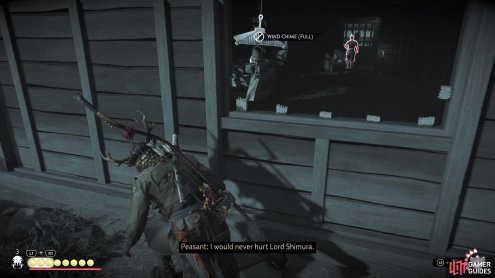 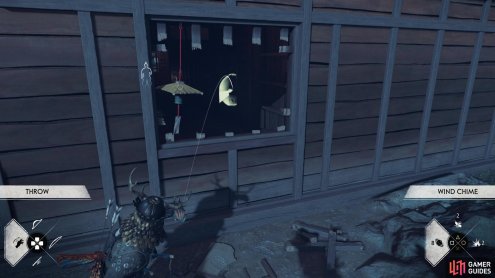 Watch out for the guard inside the first building (left), You may need to use a Wind Chime to get past him (right)

When you’re finally inside, quickly duck into the next room, then follow the way around until you get to the ladder. Follow the ladders to the top and try to find the slacklines from earlier, only they’re not there this time. That means you will need to find another way to get through the garden area. Thankfully, there is some pampas grass along the edge of the outer wall, so you can drop down and use that to begin your sneaky journey. There is plenty of cover along the way, so you’re not going to be in the open. Right away, you want to be mindful of the one enemy by the fire, as he will initially be facing your direction, but when you get close enough, he will begin patrolling.

As you progress further, he will actually move towards the gate, talk to the guard there and both will walk away. Past the gate, climb the scaffolding and enter the main keep, where you see your uncle enter the building. Wait for your uncle to climb to the second floor, then follow him once the guard on the first floor clears. Jump out the window and stick to the roof, following it around until you see another open window, but a guard will be staring out this one. As before, wait for Shimura to advance to the next floor, then follow suit. The only way to go on this floor is through the door, so do that and the guard on the other side will move out of sight as you do. 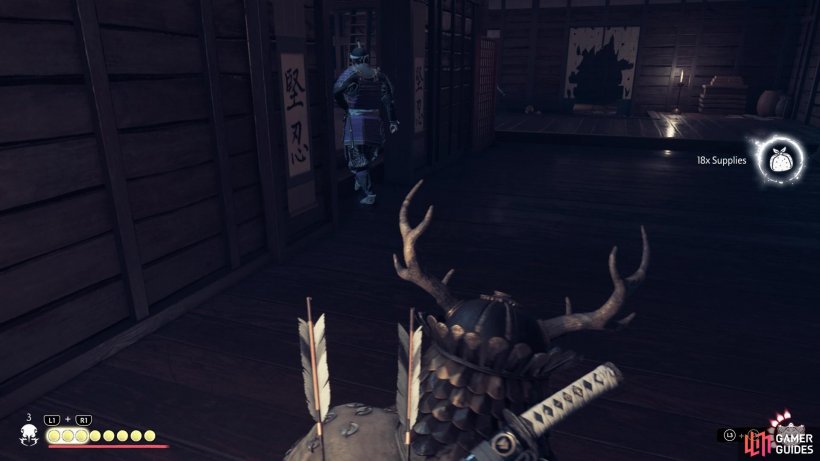 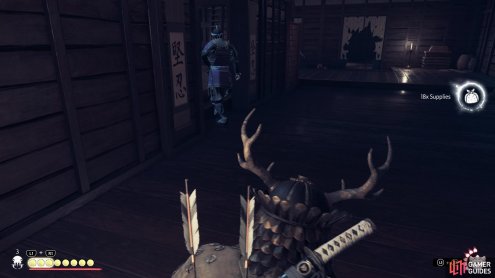 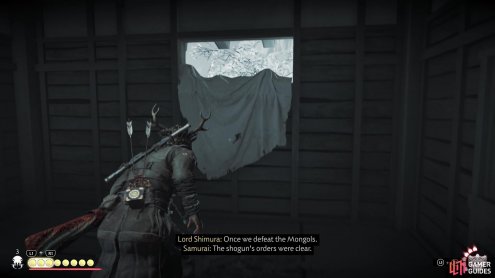 You will be going through the busted door on the far end (left), then climb through the opening to the roof outside (right)

Sitting there, you should see a busted door on the opposite end of the floor, which is where you will be going. Climb through the opening here to the roof, but do not go in the other opening, as that just leads to Jin’s old room with nothing in it. Rather, after climbing out the one opening, go around the corner of the second opening to see a ladder. Climb that one, as well as a second, and you will be at the top of the keep. There is a guard up here, so be on the lookout, but look for the ladder inside that leads down. Go all the way down until you arrive in Shimura’s room. Leave the letter in the obvious place, then watch the scene that brings out the end of the mission.