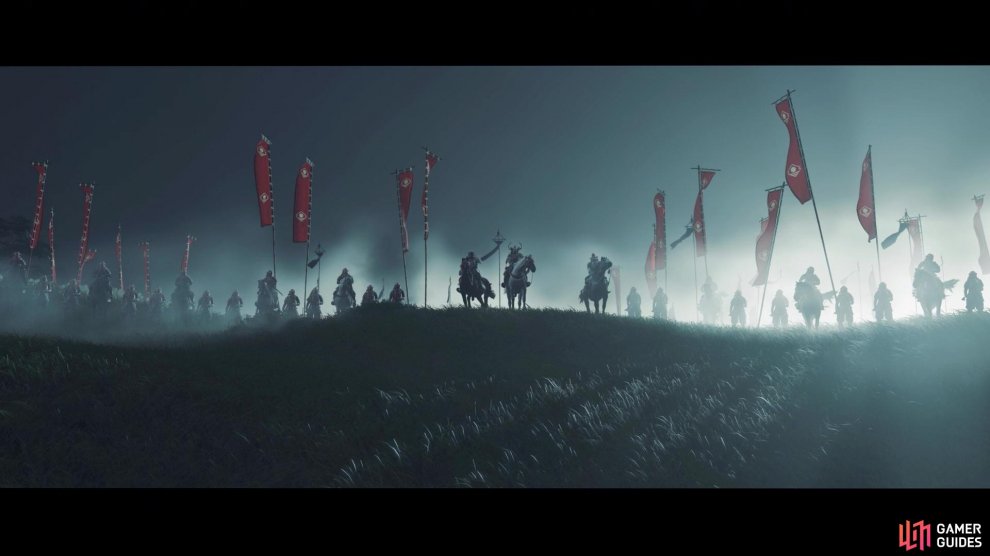 Upon starting up the game, you will have to pick a difficulty. Unlike a lot of other games, where the harder difficulties typically pump up the enemies' health and damage, Hard on Tsushima does not do that. Hard does make enemies do more damage, but their health is not increased. Instead, they are more aggressive on Hard, meaning when you are fighting a lot of enemies at once, they will attack you at a moment's notice. While the game can start off a little challenging, it does get easier later on and you can change the difficulty at any time during your playthrough.

Note: There are no difficulty-related trophies at all in the game, so if you wanted to, you could play on Easy the entire way.

The Mongol Empire is invading the island of Tsushima, showcasing their brutality and relentlessness. A group of eighty samurai get ready to face off against the Mongol invaders, with Lord Adachi sent to show off their fighting prowess. However, you get to see how brutal the Mongols can be, triggering anger at the lack of honor from Lord Shimura. You will be riding your horse down the hill and be in control at the bottom. This is basically an on-rails segment, for the most part, as your horse will just trot along and you can attack any Mongols in your way with the Square button. 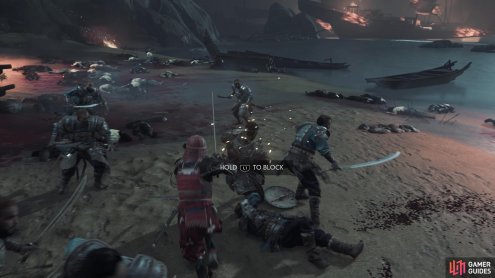 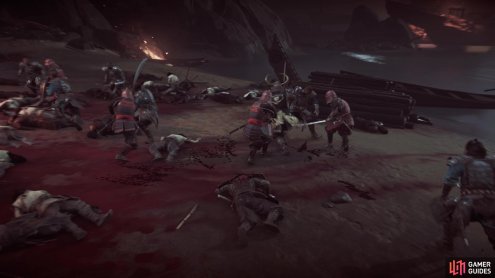 Eventually, you will be thrown off your horse and be on foot for the rest of this little prologue section. Follow Lord Shimura until you reach some enemies that are fighting your allies. Note that it is possible to actually die here, so you want to be careful in confronting the enemies and maybe just have your allies strike them down for you. It's also an early opportunity to get used to some of the controls. The Square button is your light attack and the Triangle button is for heavy attacks. The only other thing that will be talked about here is the L1 button being used for blocking. Once the coast is clear, follow Lord Shimura to the next story bit, where things don't go as planned and this little bit is over.

Join Jin Sakai on an adventure through Tsushima, where you'll embark on a journey to recruit fellow warriors to help breach the gates of Castle Kaneda to save Lord Shimura. Here you'll explore many locations, solve interesting climbing puzzles, and find new Armour to help you look the part.

The Guide for Ghost of Tsushima will include all there is to see and do including a walkthrough featuring all Main and Side Tales, Collectibles, Shrines, and more.