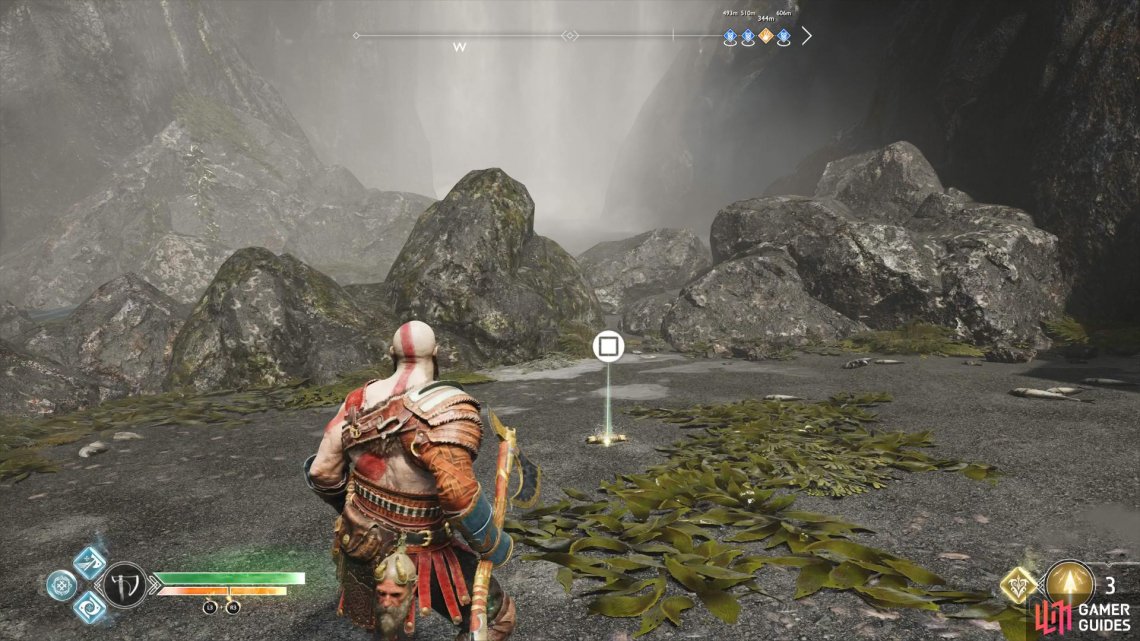 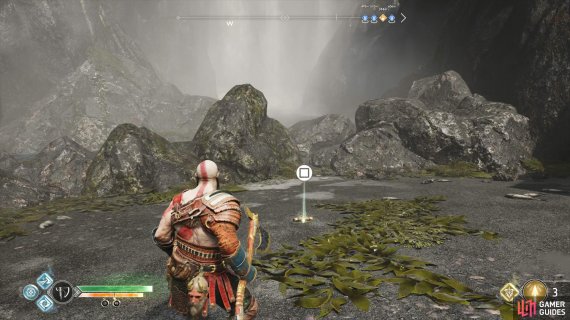 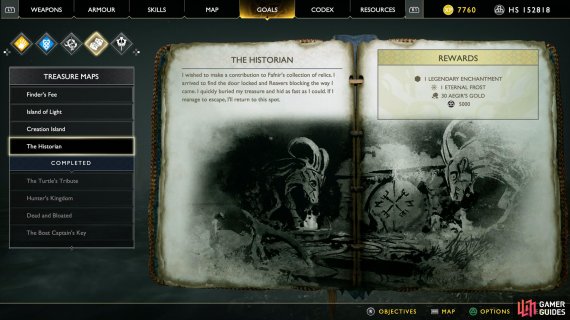 You can pick up the map without killing the Soul Devourer (left), the name Fafnir is the hint for this treasure. (right)

Once the water level drops for a second time at the Lake of Nine you can travel to the Ruins of the Ancient found to the northwest. There’s a Soul Devourer patrolling the beach but it won’t attack unless you initiate combat first. The Treasure Map can be found on the beach to the right of the Legendary Chest. 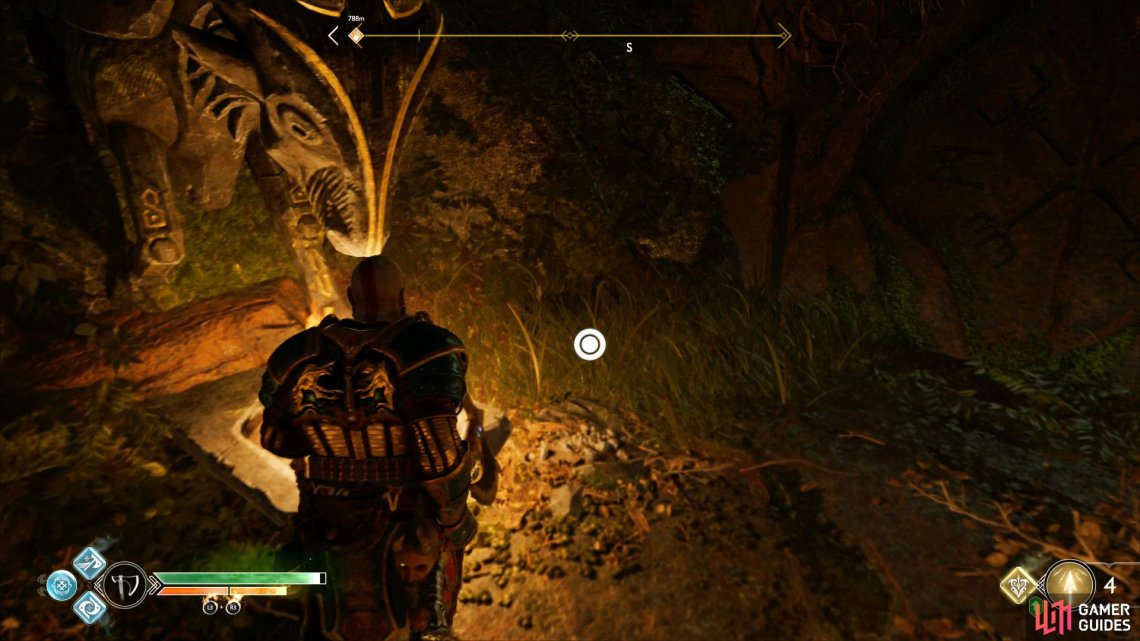 Head to Fáfnir’s Storeroom found to the west of the Lake of Nine and head to the clearing just past Sindri’s Shop. Once the area is clear of enemies, head to the sealed entrance to the left of the waterfall. Check in front of the left brazier to find the dig spot and unearth the treasure.