You’ll find Labors related to almost all skills that you can perform in the game. Try and make a habbit of changing up your playstyle so that you can unlock as many of these as possible. 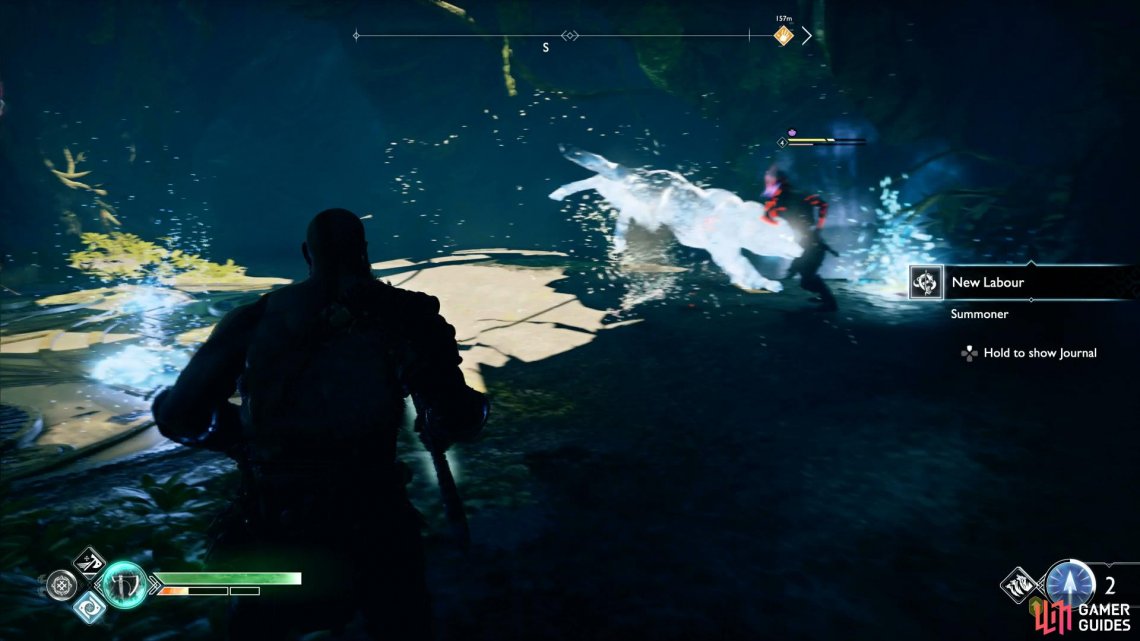 You’ll unlock your first Runic Summon after defeating Svartáljǫfurr in Alfheim. These usefull skills are performed by holding the [Square] button once equipped to the Talon Bow. You’ll be integrating these into your combat tactics from that point on, most likely using on Cooldown so you should have no trouble finishing this labor before your journey is over. 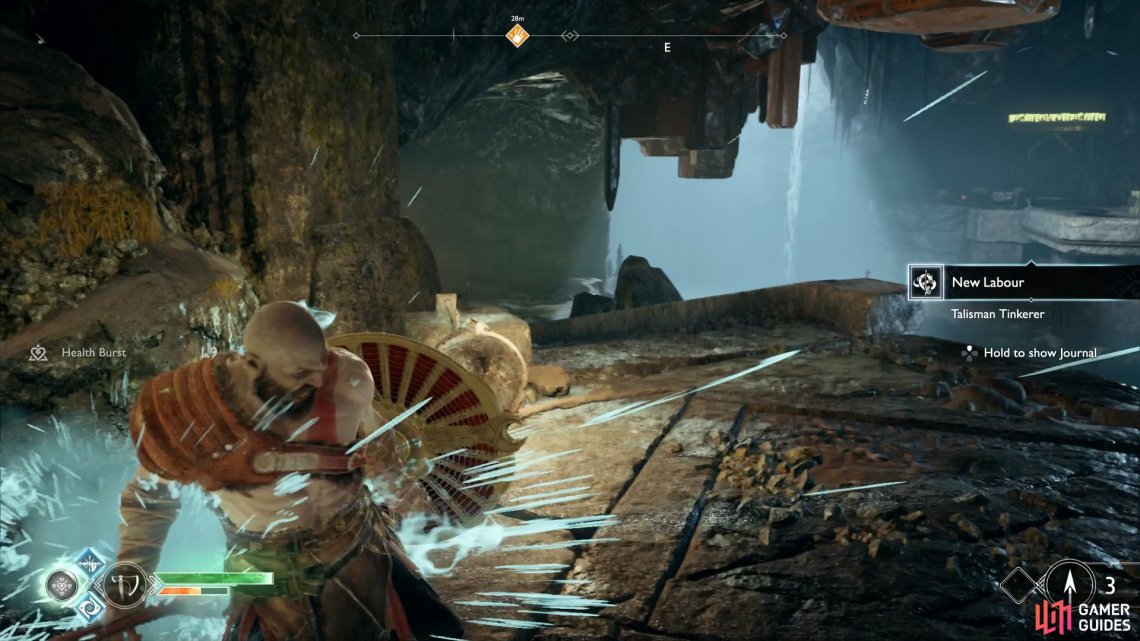 This is one of the more easier Labors to complete, you add to your total by using a Talisman with an ability attached to it with the [L1] and [Circle] button. There are many Talismans in the game with many useful abilites however if you’re looking to unlock this as soon as possible, just use the ability whenever its off cooldown. 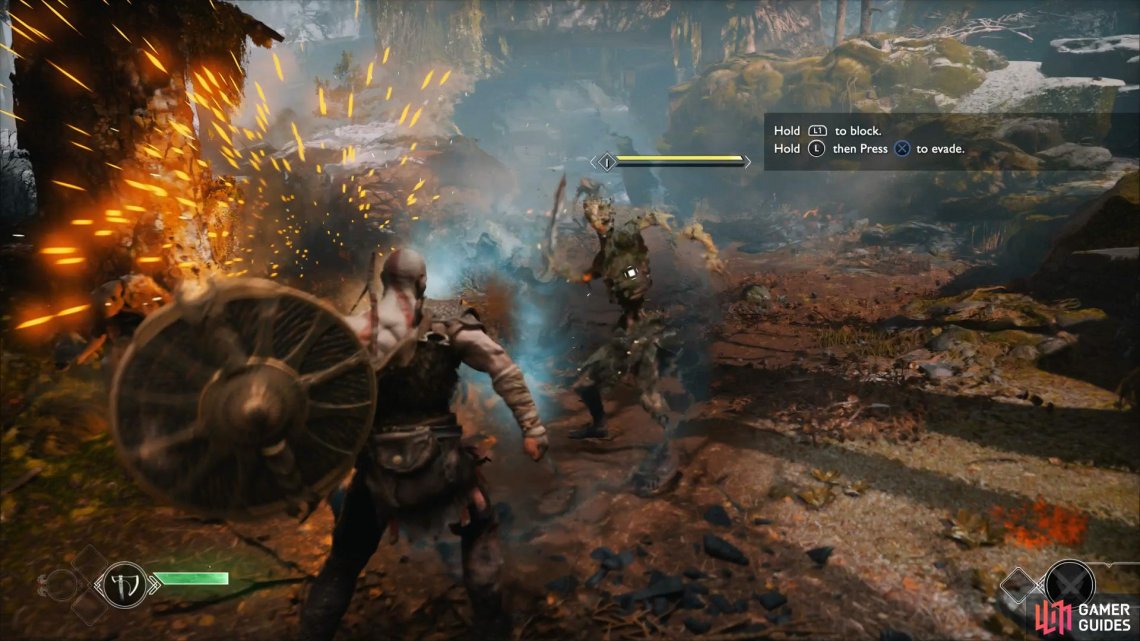 This is a fundamental skill that you’ll need to learn to master, especially on the harder difficulties. Time the raising of Kratos’ shield to just before an enemy attack connects to deflect the blow and present an opening to attack. Draugrs are by far the easiest target to practice and master this on, their timing is not very strict. If you’re still struggling with the timing, the Golden Talisman of Protection includes a passive that increases the timing window on parries. 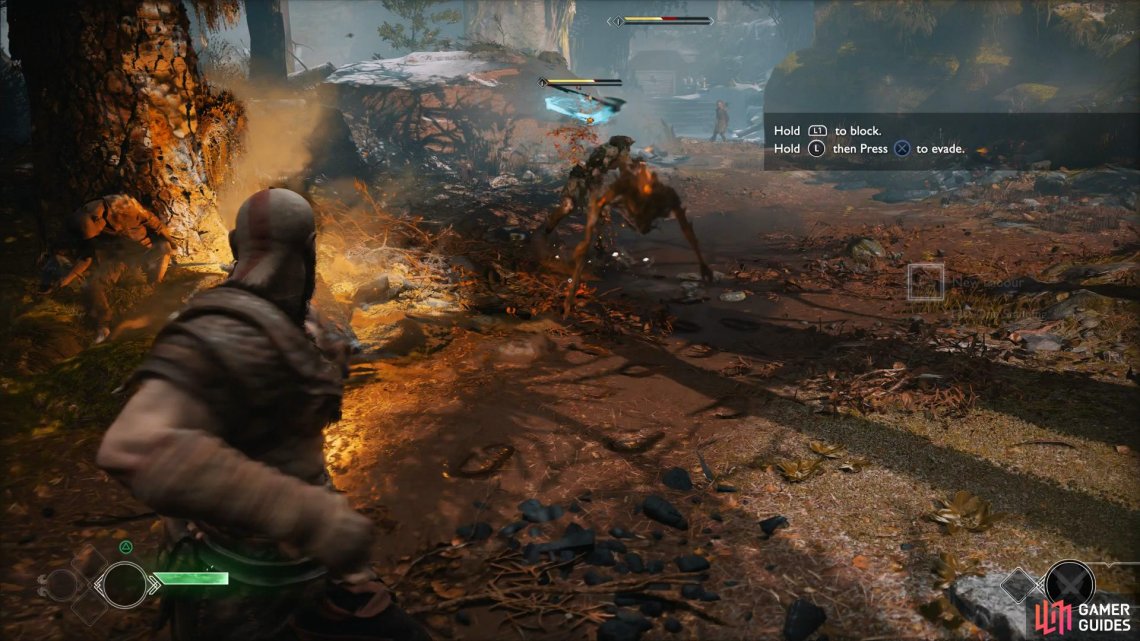 The best way to Trip an enemy is by throwing the Leviathan Axe at the legs of enemies. Of course the enemy in question must have legs for you to be able to trip them and their legs must be visible. Simply take aim with the axe and toss it in the direction of the legs to cause them to tumble to the floor. Once again, Draugrs offer the best target for this Labor, their legs are unprotected and they’re not overly aggressive, giving you time to line up a throw. 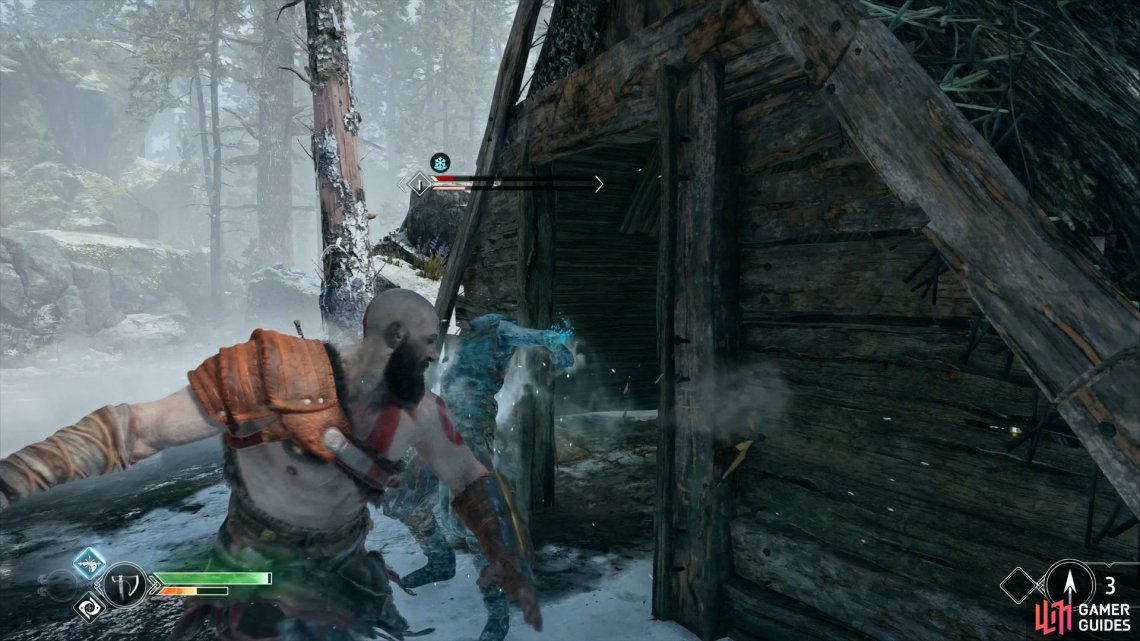 You shatter an enemy when you cause enough Frost damage to them, building up the meter and putting them in a frozen state. If you then kill an enemy during this state, they will shatter and add to your total. Many of the Leviathan Axe Runic attacks deal Frost damage and you can upgrade it further with the Permafrost skills and enchantments. 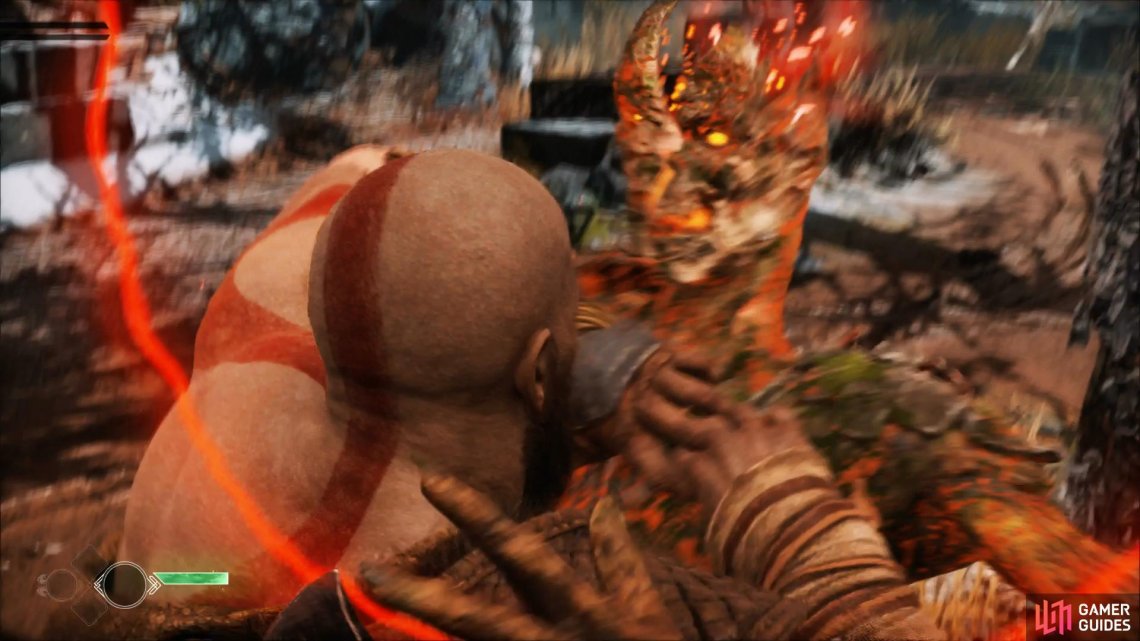 Stun Grab an enemy by filling their stun guage with arrows or via punches to cause the red ring to appear above an enemy’s head. Follow this up with the [R3] button to execute a finisher that will instantly kill the enemy. This becomes a lot easier to achieve once you unlock and upgrade the Shock Arrows for Atreus, this will cause large amounts of stun damage to the enemy. Additionally, the Muspelheim Trials contain some arena’s where you can only defeat enemies with Stun Grabs so you’ll need to master this skill. 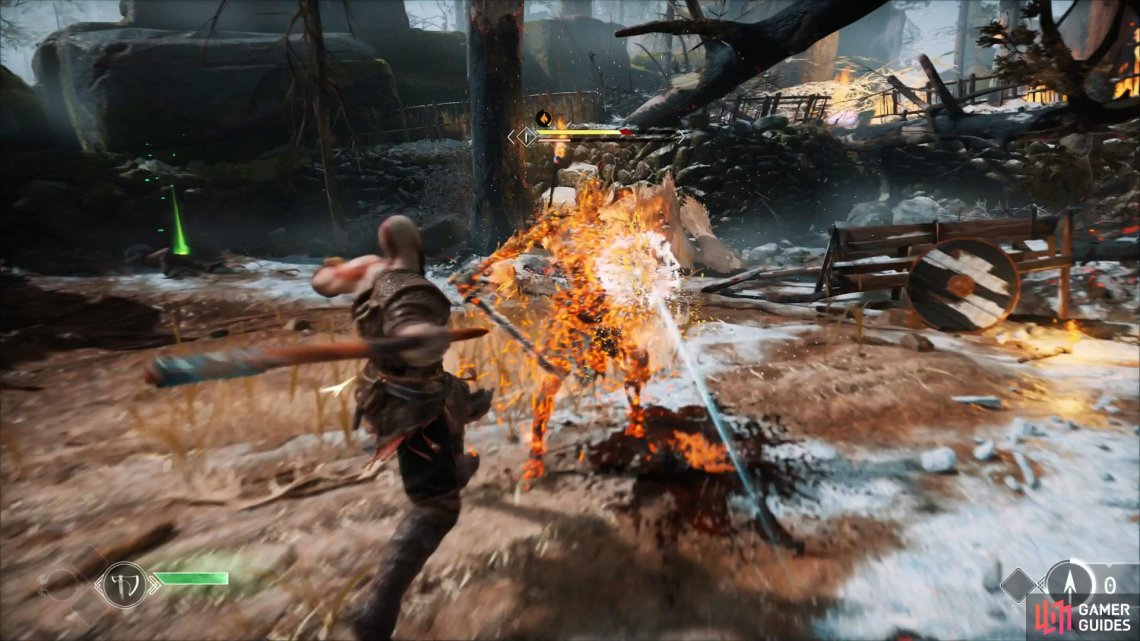 Any time an enemy is on fire and you defeat them, you’ll add to this Labor. Be on the lookout for bombs around the arenas for you to explode near enemies or certain areas where you can kick an enemy into the fire. Later in the game you’ll obtain a weapon that will make this a lot easier to clear. 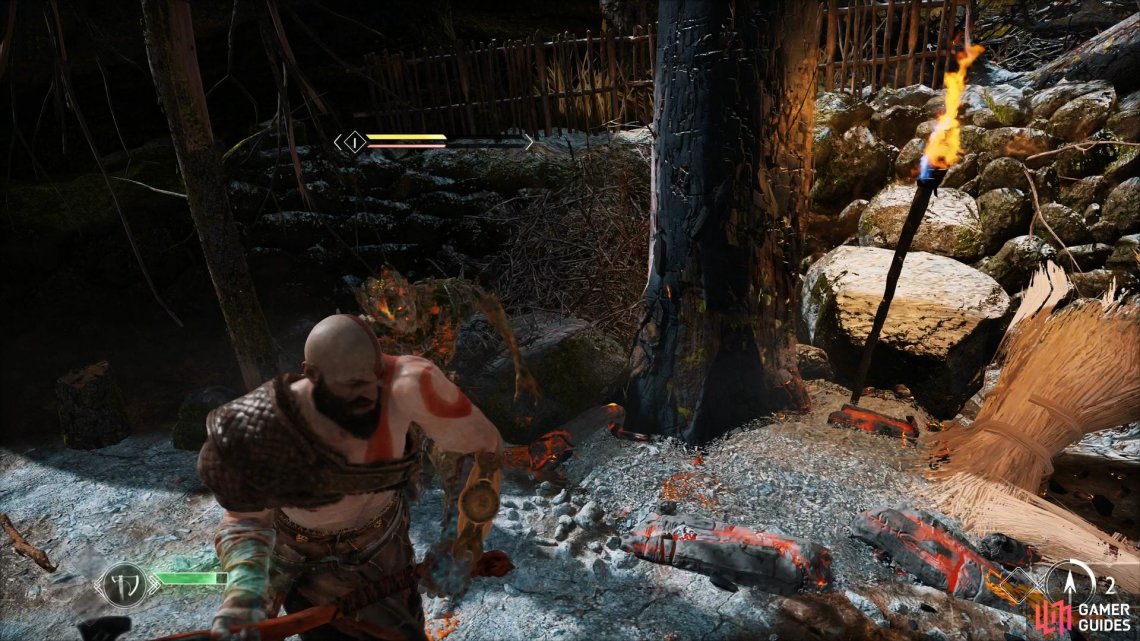 You’ll need to first unlock the Executioner’s Cleave skill for 500 XP in the Close Combat tree, once purchased, perform the skill by holding down the [R2] button to charge and then slam the axe down. There is a short charge time for this so make sure you have an opening before using it, you’ll only need to damage the enemies for it to count however as this is one of the more powerful skills in the game you’ll most likely be attaining kills instead.