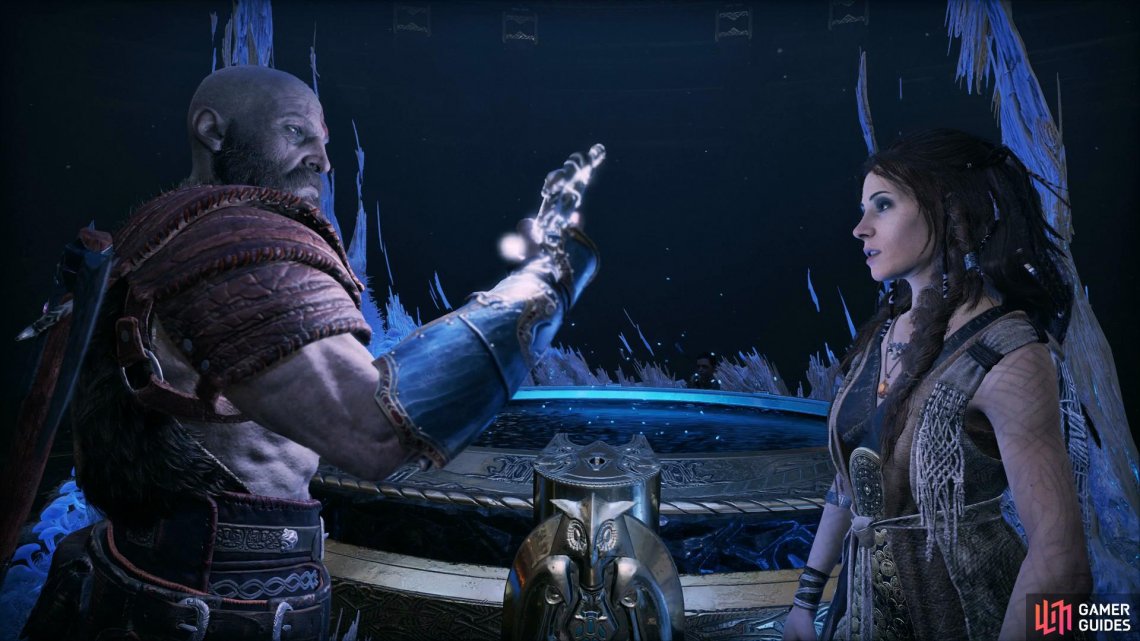 The Witch appears to deliver the news that you need a light only found in another realm. committed to your cause, take the Witch up on her advice and follow her.

Note: Hold off on upgrading any skills for now, you’ll be upgrading the Leviathan Axe once you have access to a shop again which will unlock more skills to choose from. 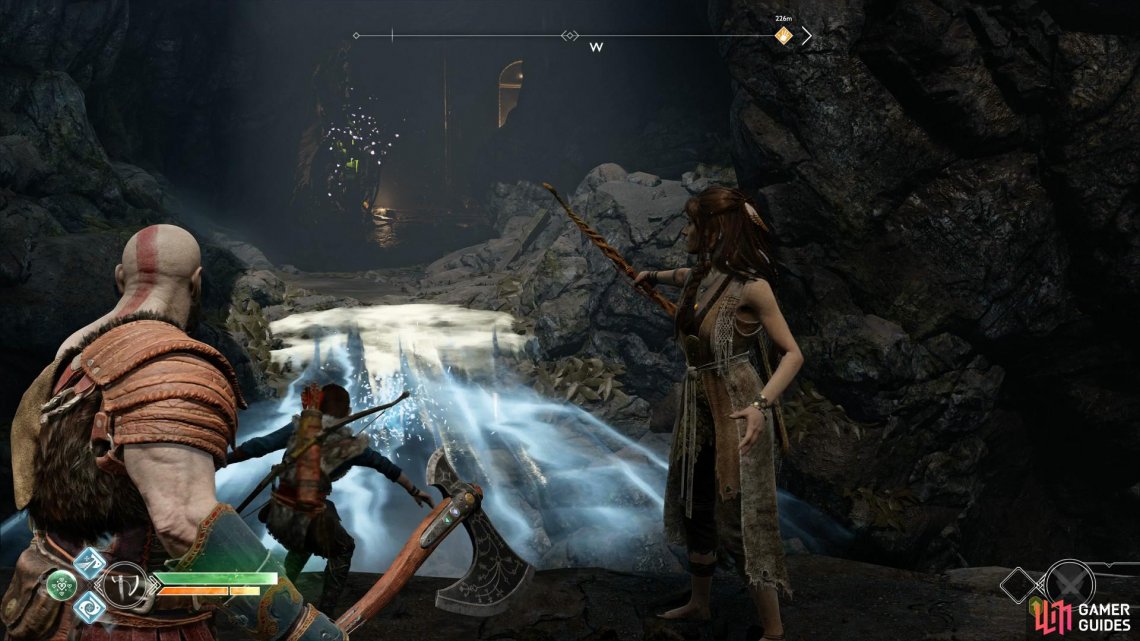 (1 of 2) Light Crystals are activated using a Light Arrow 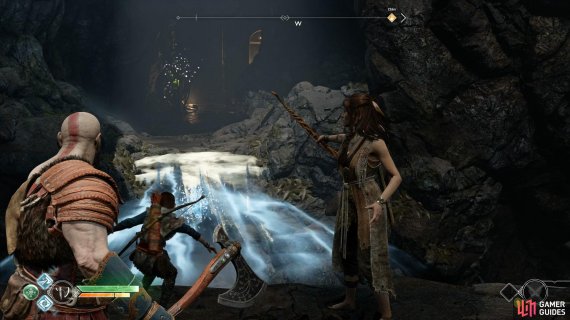 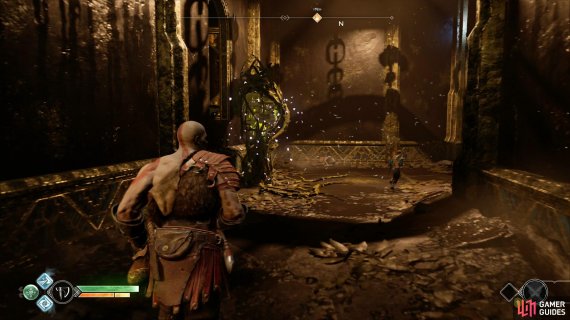 Light Crystals are activated using a Light Arrow (left), the Witch will deactivate the Scorn Poles with Vanir magic. (right)

You won’t have to worry about the Scorn Poles as you head back through the caves, the Witch will disable them with her magic allowing you to reach the door leading back to the bridge hassle free. Cross the bridge, listening to the Witch’s tales of Midgard and the realms around you and take the stairs down toward the dock and take a right. The Witch will activate the Light Crystal for you, creating a bridge across.

Once across, follow the path to the nearby axel and interact with it. Rapidly press the [Circle] button to move it back onto the track and then move it along the tracks to move the entire bridge along the Lake of Nine, reaching the next Tower. With the bridge in place, resume following the Witch.

The room shrouded in darkness, you’ll need to acquire the light of Alfheim found in that realm to fully power the Bifröst. For now, follow the Witch along the roots of the World Tree to the platform in the center and reawaken the Temple.

The Witch will tell you all about the great World Tree, Yggdrasil and how the 9 realms all relate. This is where you’ll need to go to travel to any of the other realms however not all of them are available initially. When control resumes, move the bridge along to Alfheim and the Witch will pass on the Rune to unlock travel, press the [X] button to lock in your destination. 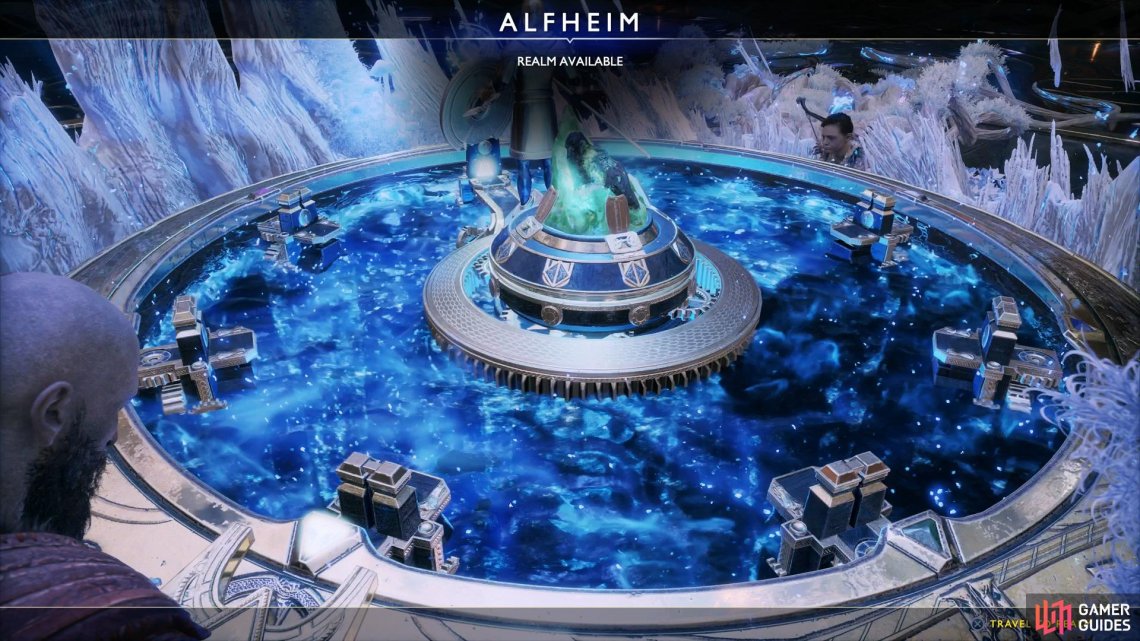 You’ll be utilizing this bridge a lot throughout your journey.

Note: Although you can see all of the Realm Towers on this structure, some will forever remain unavailable to you.

With the travel complete, open the doors in front of you to find yourself back in Brok’s Shop before opening the next set of doors to finally arrive at your destination, Alfheim.