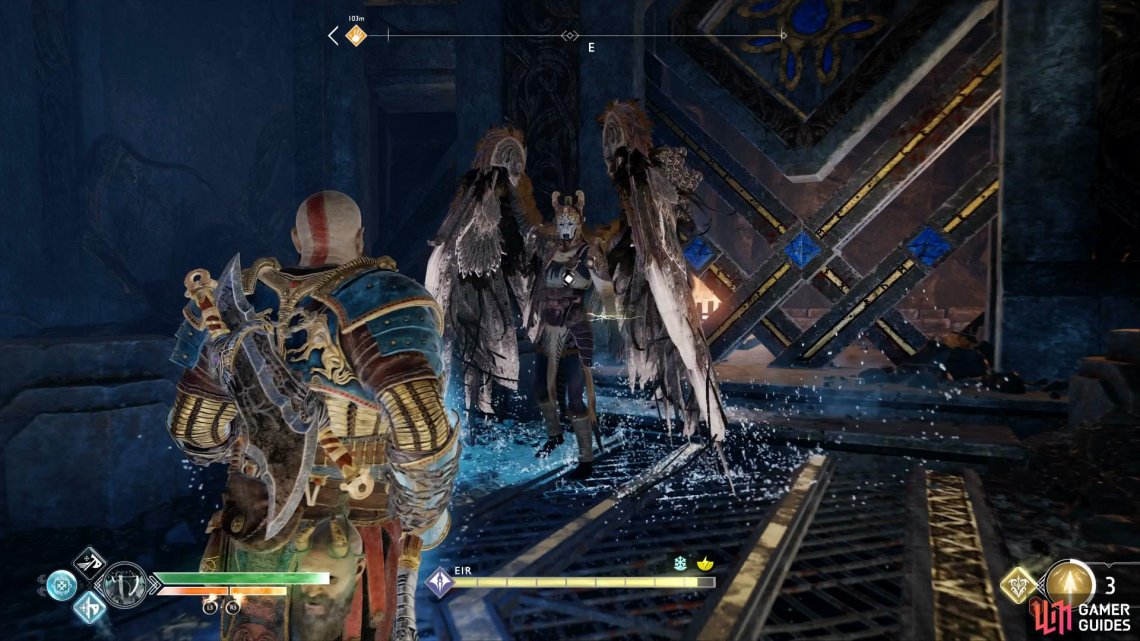 Eir is your first Valkyrie battle where she wields a weapon different to the scythes of her sisters. Her weapon of choice is a mace and it can be a lot more damaging if you’re caught with it.

Her first new attack will be a dash towards you followed by an overhead mace smash that creates a shockwave on impact, she’ll do this twice so be sure to dodge back to avoid both of them. If you’re struck by it, you’ll be concussed and sustain heavy damage however evading it opens her up for a flurry of attacks. 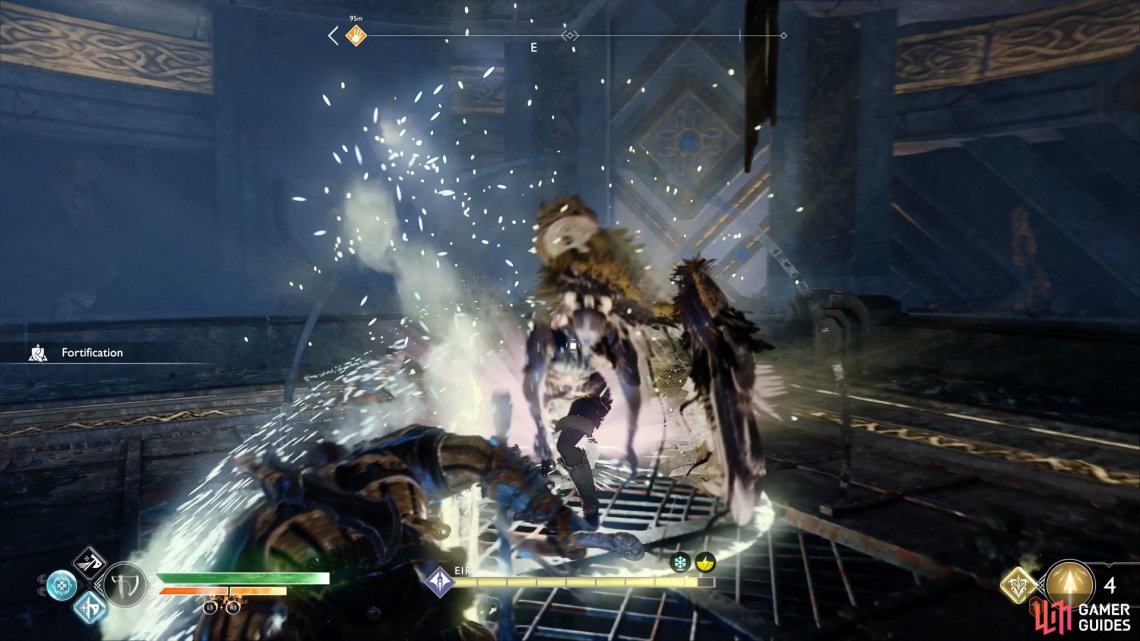 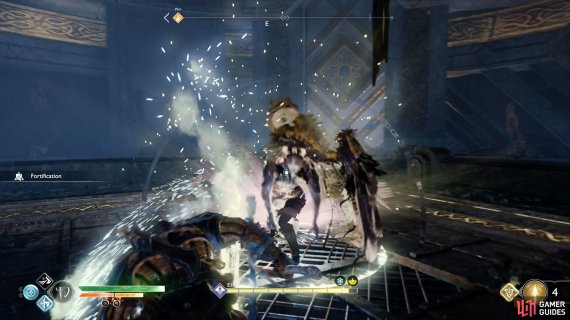 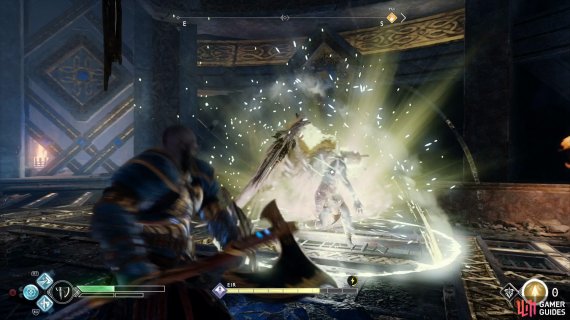 The Mace Combo creates a shockwave around the point of impact (left), she’ll do this twice so be sure to continue dodging after the first. (right)

Another new and somewhat interesting attack is her defensive Block. She’ll sit in front of you with her wings closed blocking her from all forms of damage. If you keep attacking her or are in her vicinity then she will open them back up to perform a stab attack. This attack is actually your best opening, once she closes her wings dash in and perform a Block Break (double tap the [L1] button) to stun her heavily and and score some attacks on her. 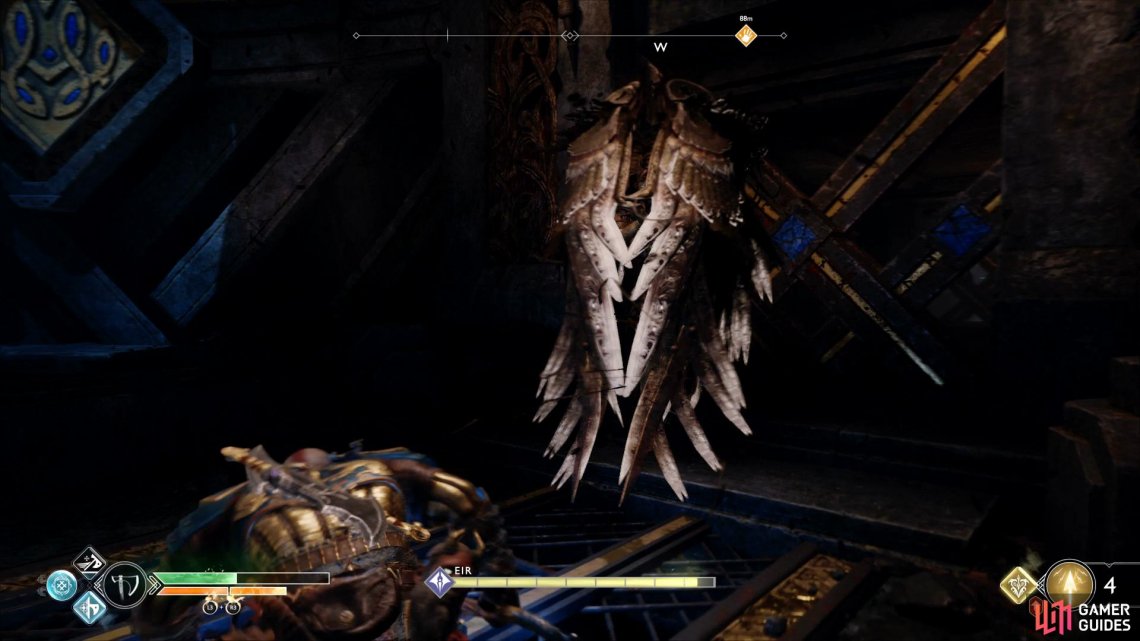 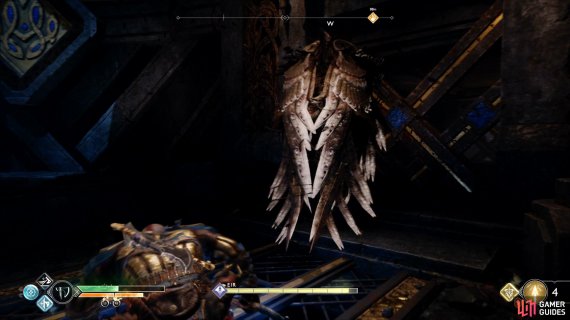 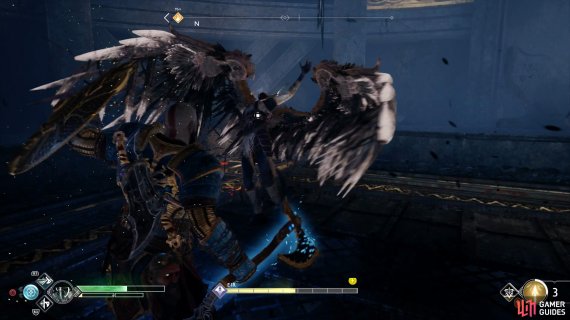 Stop using regular attacks when she uses her Wing Block (left), instead use the Block Break skill to stun her out of it. (right)

Finally, and most importantly, Eir will rise in the air, raising her mace with a red ring and perform a shockwave attack with the mace. This cannot be blocked or evaded and will deal extremely heavy damage, at times outright killing you. The only way to avoid this attack is to knock her out of it by Atreus’ arrows or with an axe throw so be sure to save some arrows in preparation for this attack. 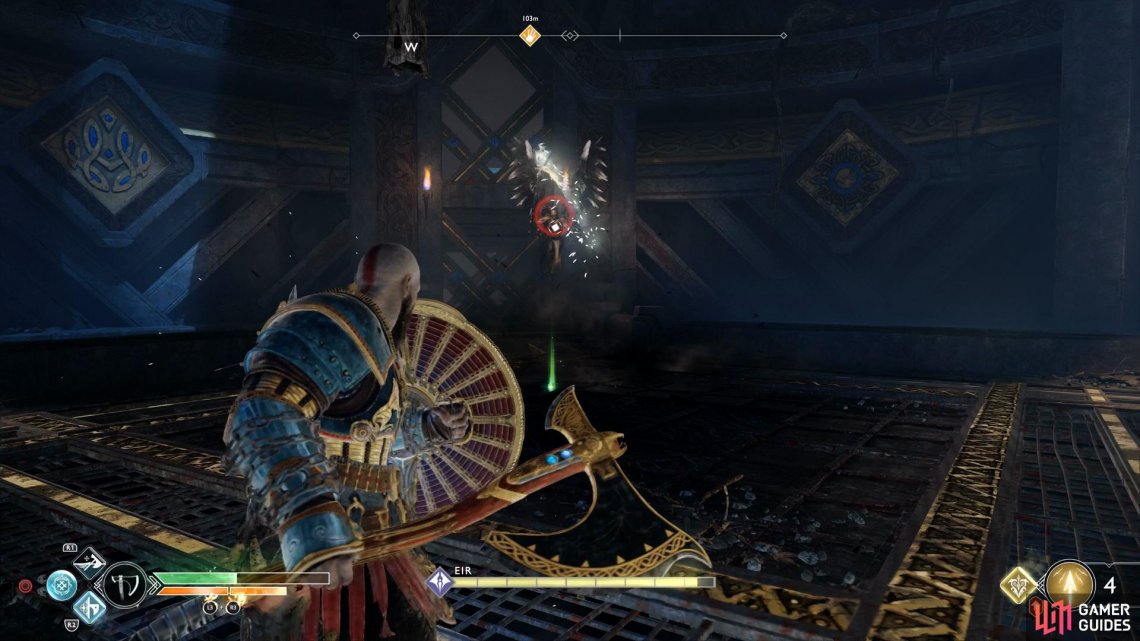 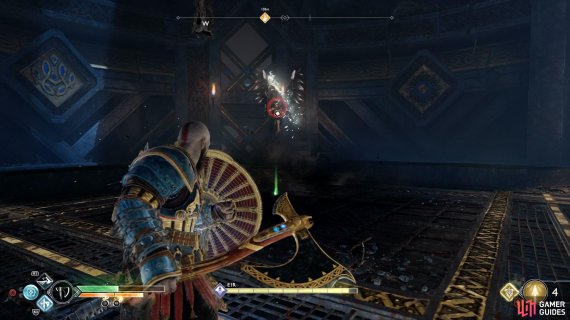 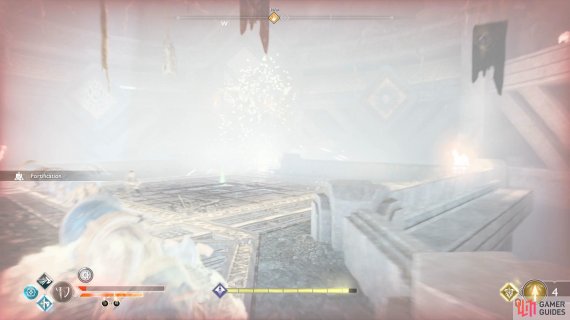 Quickly use an arrow or axe throw once she rises like this (left), if you fail to do this the resulting attack will most likely kill you. (right)

Upon her defeat you’ll obtain Eir’s Helmet and then loot the spoils on the ground to obtain the Valkyrie’s Might Epic Axe Pommel, the Eye of the Winged Chosen Epic Enchantment, Perfect Asgardian Steel and 2 Asgardian Steel.