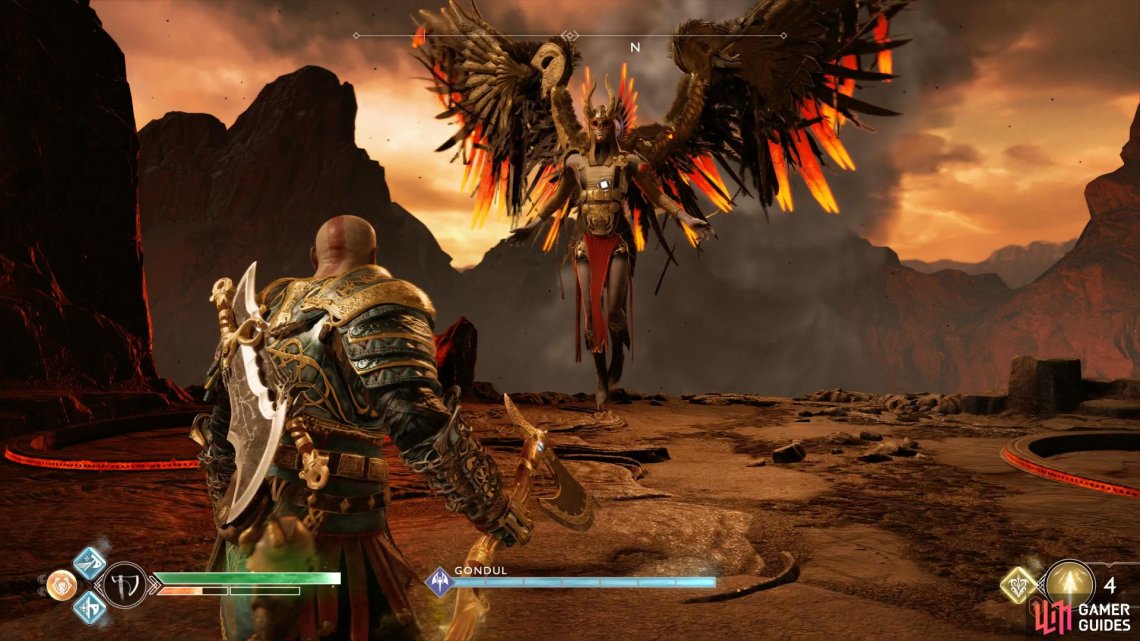 Göndul is the most difficult Valkyrie you’ve fought yet and you’ll need to put into motion everything you’ve learnt from the previous battles. As you may expect, Göndul is in fact weak to the Leviathan Axe and all Frost related attacks so be sure to use it throughout the battle.

Göndul’s first new attack, and the one she opens the battle with, is a Meteor Shower. Three flaming rings will appear in a straight line where meteors will rain down, leaving a burning field effect in it’s aftermath. Dodge either side of this line to avoid the attack but be ready, Göndul will dash in straight after and attempt either a Stab attack or a Wing combo. Burn resistance Enchantments can help here if you are caught in it but it’s better to learn how to avoid the attack altogether. 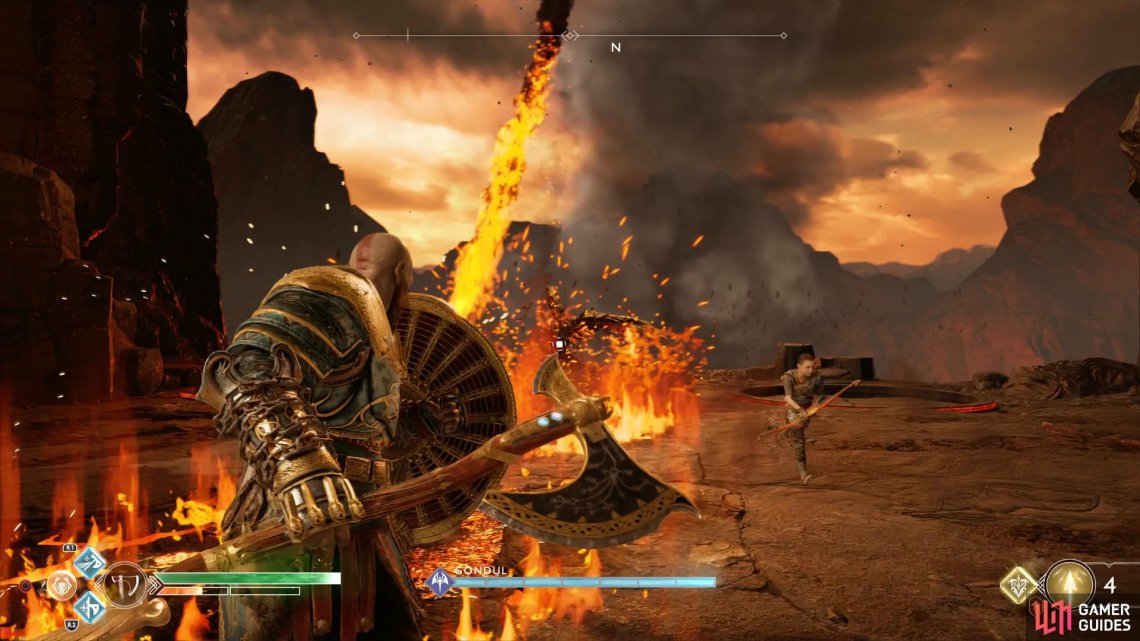 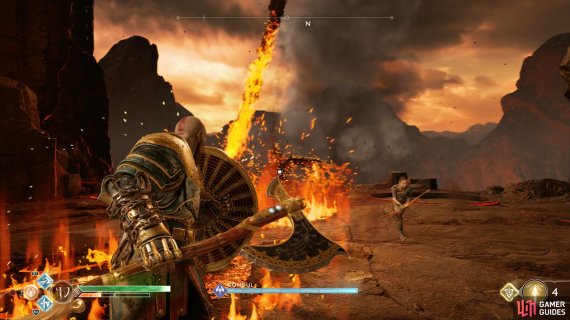 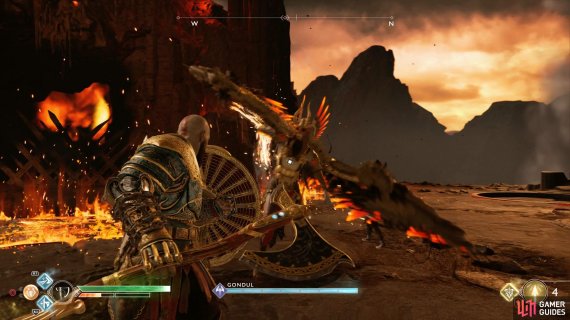 The Meteor Shower will fall in a straight line (left), be ready for the follow up attack. (right)

Her other new attack is a change up to the deadly Heel Stomp. Like the Valkyries that came before, Göndul will scream “Valhalla” before the attack begins, giving you time to prepare however this time she won’t jump straight away. Instead, a ring of fire will appear at your feet followed by the jump straight after. You’ll need to be fully prepared to avoid this, dodge once away from the fire and be prepared to quickly follow up with another dodge from the jump. This does however leave her completely open if you manage to avoid the attack and allow you to deal some heavy damage. 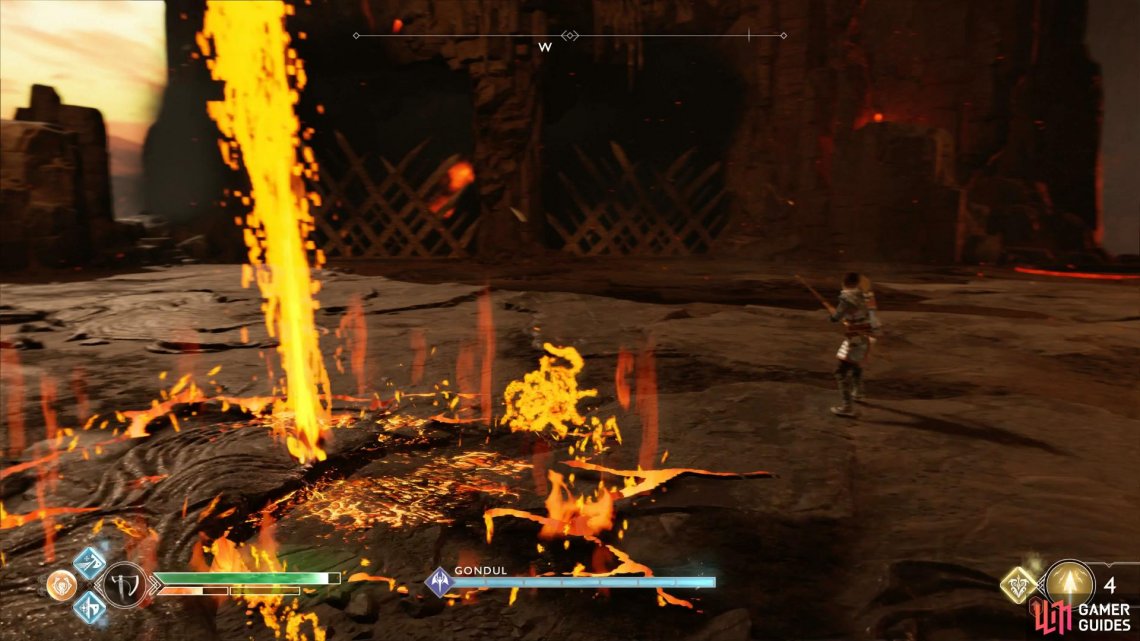 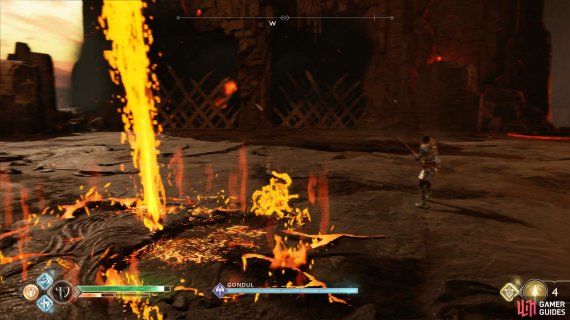 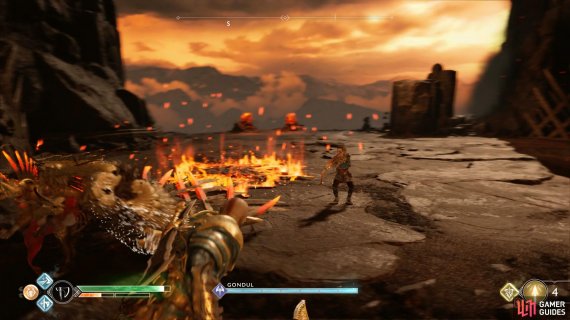 Göndul will leave a flaming circle on the ground when she jumps (left), followed by a Heel Stomp shortly after. (right)

On top of these attacks, she wields a mace and so possess the same mace slam combo that Eir had, dodge roll away from the two hit slam she does to avoid the area of effect. The Wing combo and projectile attacks are also carried over, these should be bread and butter to you by now and used as an opportunity to attack her. Finally, she can also rise in the air and perform the Mace Shockwave attack, knock her out of the air with an axe throw or one of Atreus’ arrows to avoid the heavy damage that follows. 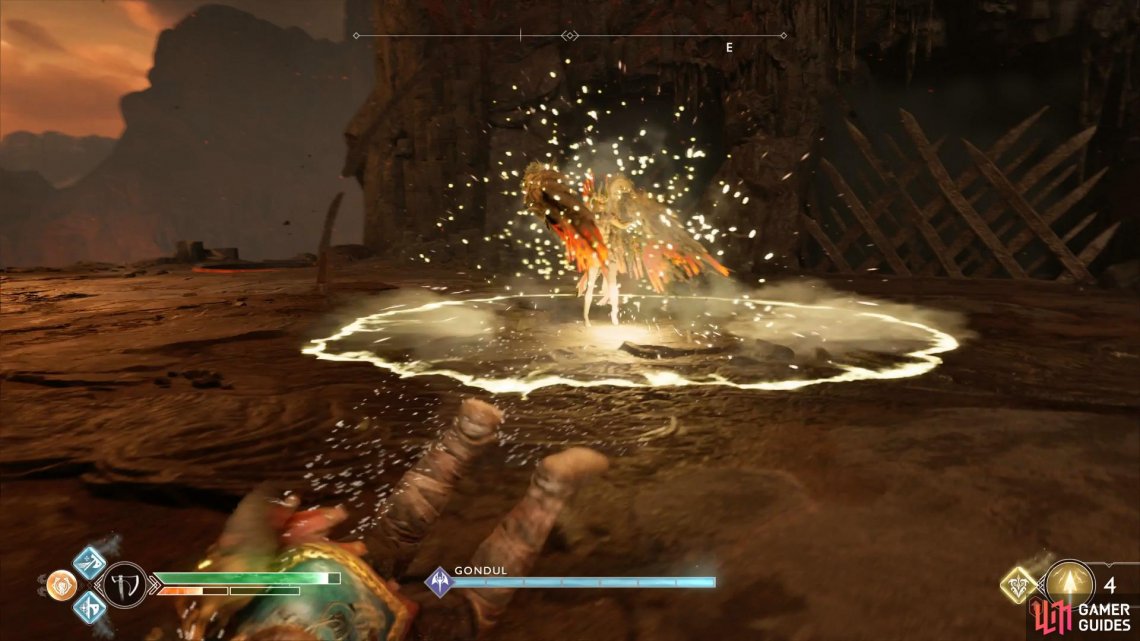 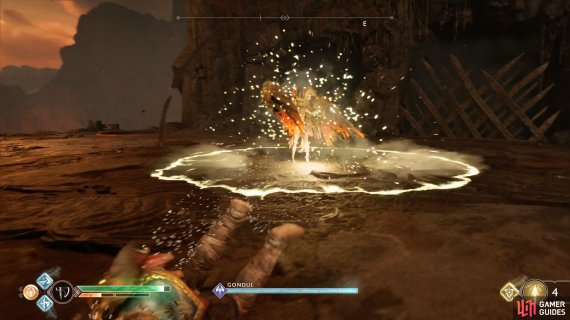 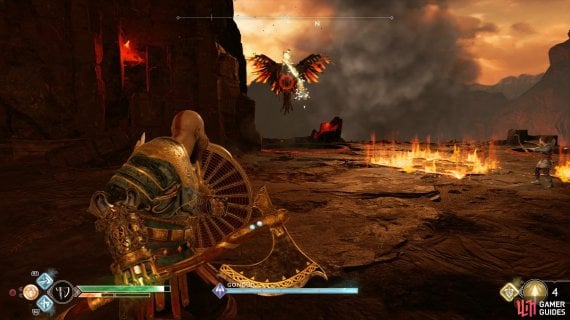 Be sure to dodge away from the two hit mace slam attack (left), don’t forget to shoot her out of the air to avoid the mace shockwave attack. (right)

You’ll need to remain cautious throughout the battle, don’t get too greedy with your attacks, making sure you’re ready to avoid the Heel Stomp attack. If you have the unlocked Shattered Gauntlet of Ages then use it to deal heavy damage to her and make use of the Blessing of the Frost skill.

The reward for this grueling battle is Göndul’s Helmet along with the Leviathan’s Eye Epic Enchantment, Raging Inferno of Muspelheim, two Asgardian Steels, Perfect Asgardian Steel and Gauntlets of the Valkyrie.