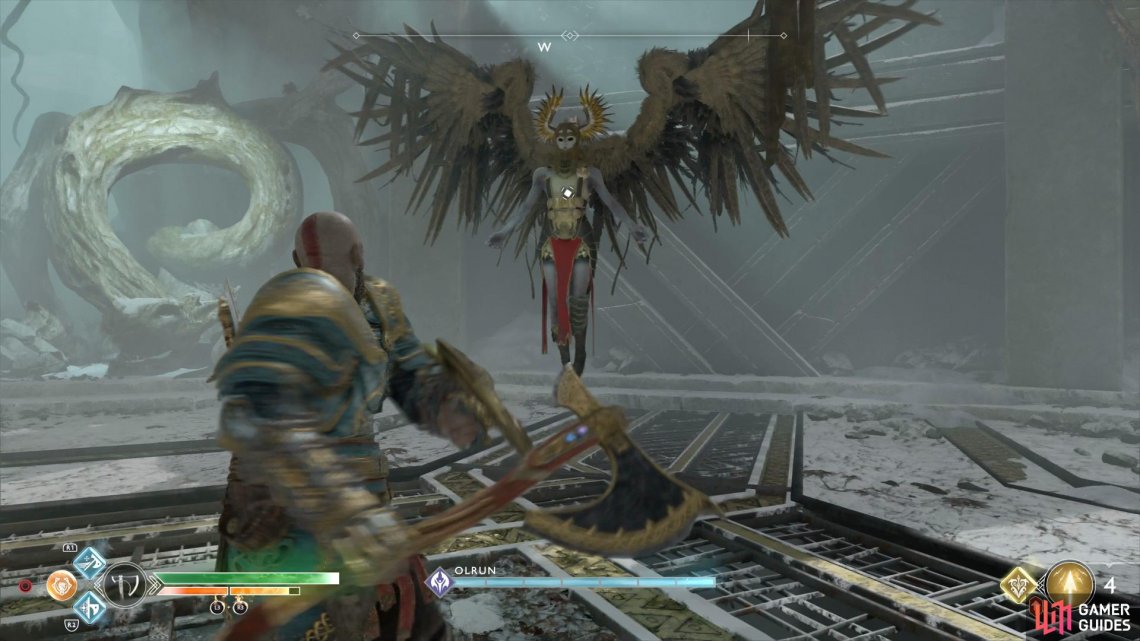 Although Olrun doesn’t possess many unique attacks over the previous Valkyries, she does have increased speed to make up for it. This means you’ll want to attempt to stay locked on to her most of the time if possible and make frequent use of the shield to block attacks if you can’t dodge away in time.

One new attack available to Olrun is the ability to spin around on a spot with her wings out, dealing damage if you’re not blocking. Later in the fight she can quickly follow this up with a Stab attack or even draw you in closer to her, it’s for this reason that it’s better to evade backwards rather than block the attack. On top of that, if she does this Spin move from distance, it may even shoot projectiles out at you, something which you can block. 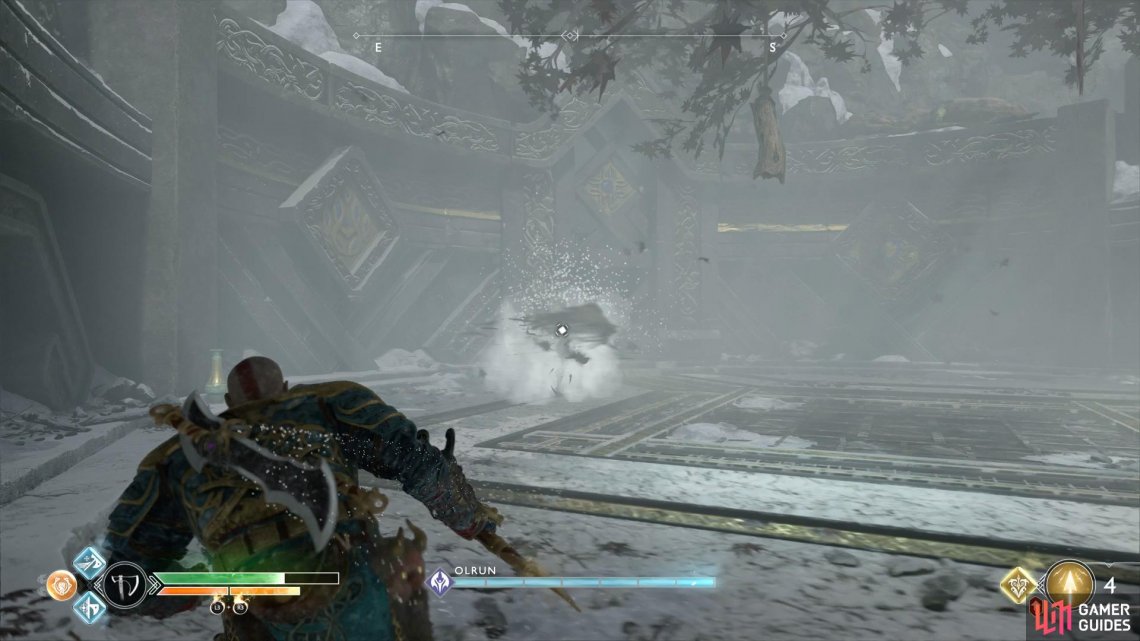 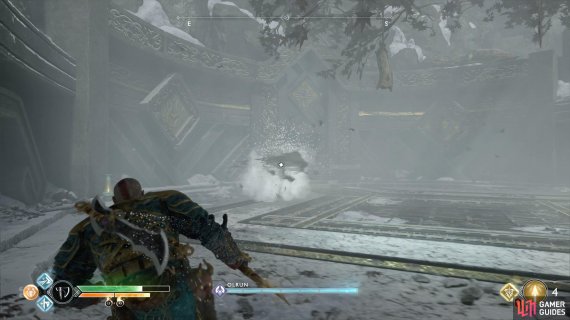 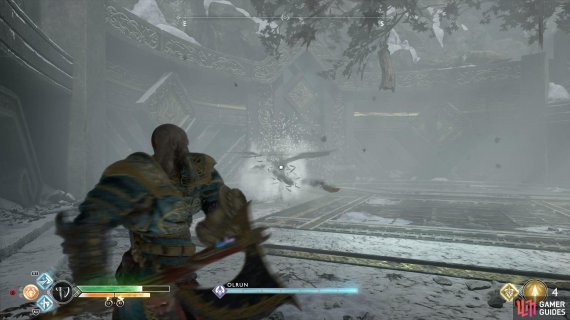 It’s better to be at range when Olrun does her Wing Spin (left), it’ll be easier to block the Projectiles from this range too. (right)

Olrun has the usual Wing Combo followed by the unblockable punch, as usual dodge away from this if you can, a block leaves you open to the punch. She can also perform the Heel Stomp attack, the most deadly of Valkyrie attacks, however she’ll only perform it once so be sure to listen out for the “Valhalla” shout to get yourself ready to dodge it. 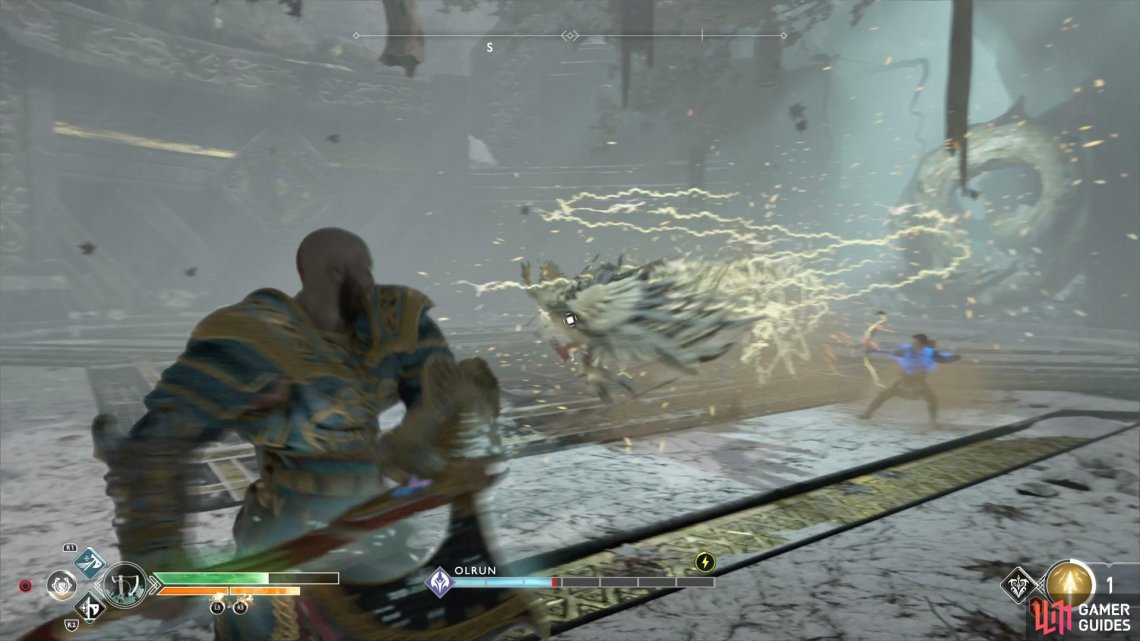 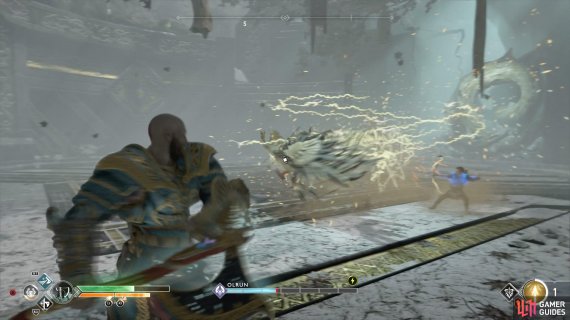 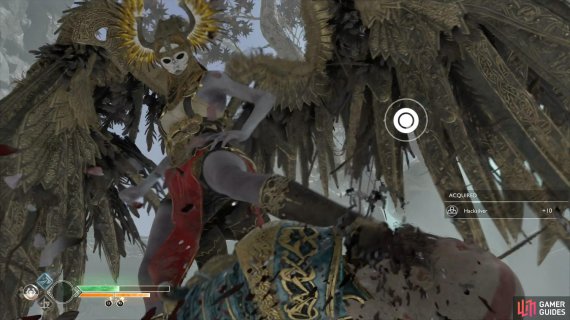 Try to lock on to Olrun to keep track of her due to her blistering speed (left), like always, avoid the Heel Stomp at all costs. (right)

If you can dodge the deadly Heel Stomp and keep track of her movements, Olrun shouldn’t be too difficult, especially at this stage of the game. Make use of the Shattered Gauntlet of Ages whenever it’s available (should you have it) to deal some huge damage to her and she should go down rather quickly.

Once defeated, you’ll obtain Olrun’s Helmet along with the spoils on the ground containing Perfect Asgardian Steel, two Asgardian Steels, the Ivaldi’s Corrupted Mind Epic Enchantment and the Waist Guard of the Valkyrie.