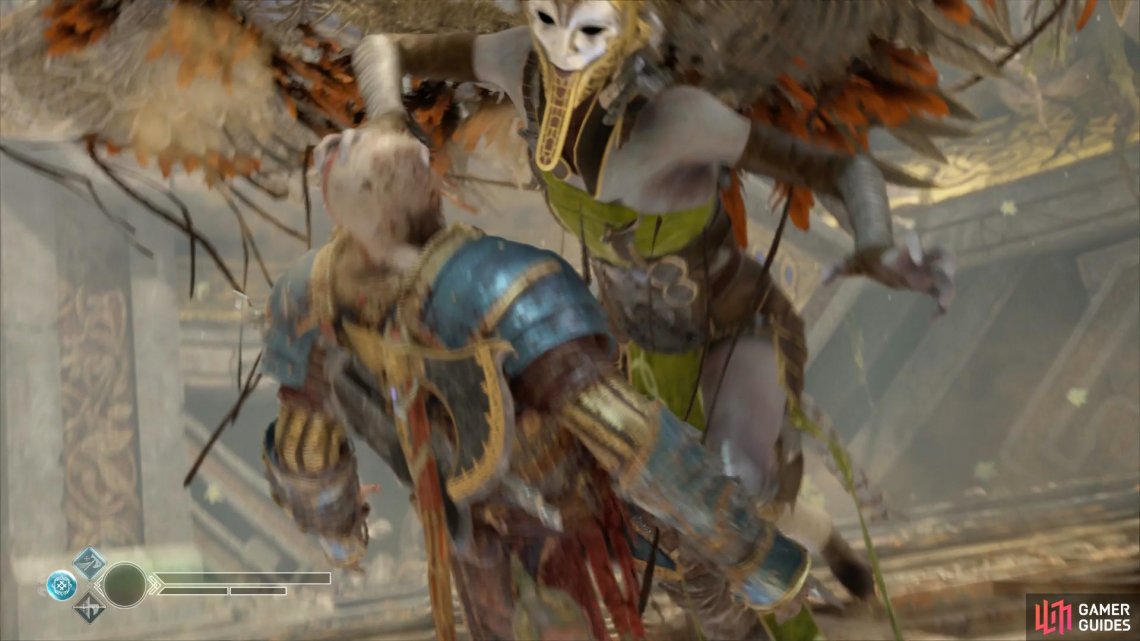 Rota is unlike any Valkyrie you’ve faced yet, while she does possess the Wing combo from the past two encounters and the Chakram attack from Kara, she also has nasty new additions to her repertoire.

Rota will rise in the air and a red circle will appear around her, be prepared to dodge roll when you see this. She will dive across the room towards you and if she makes contact, will grab you and slam you into the ground dealing heavy damage. You can dodge this with a simple dodge roll to the side but beware as she may do a series of three dives at a time. Once she’s finished, it’s the perfect time to score some free hits on her as she will take a while to recover. 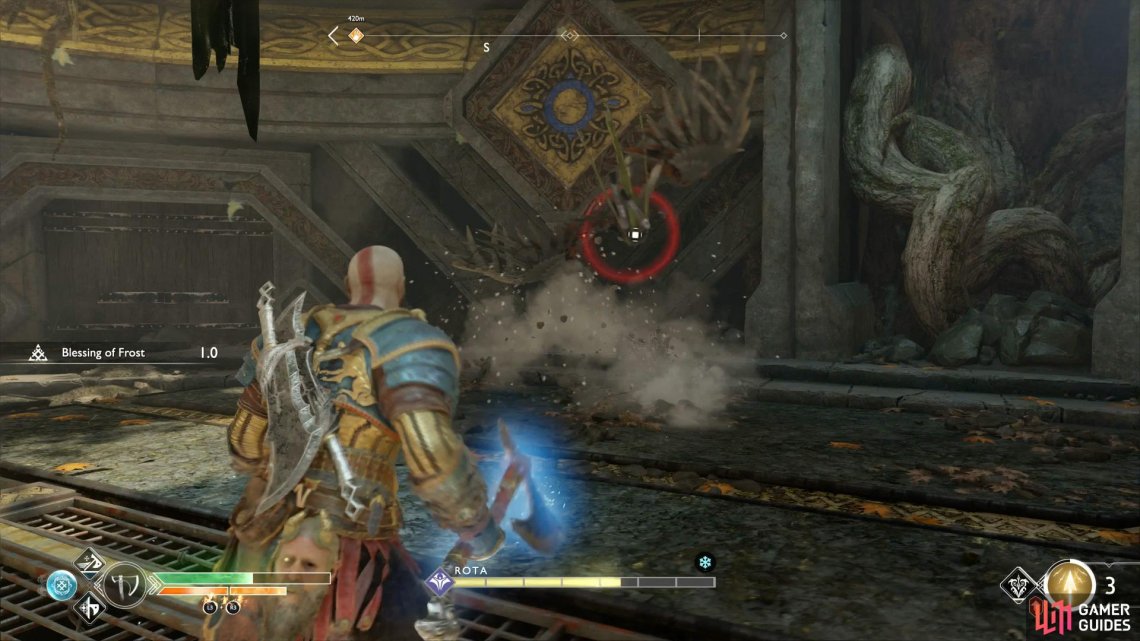 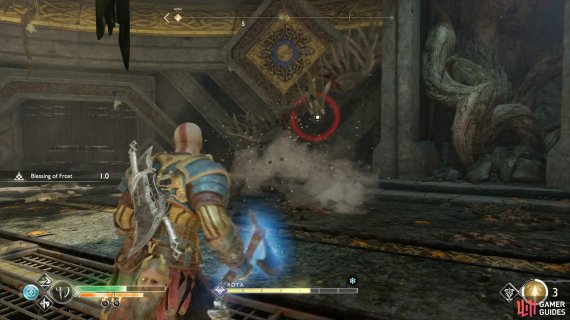 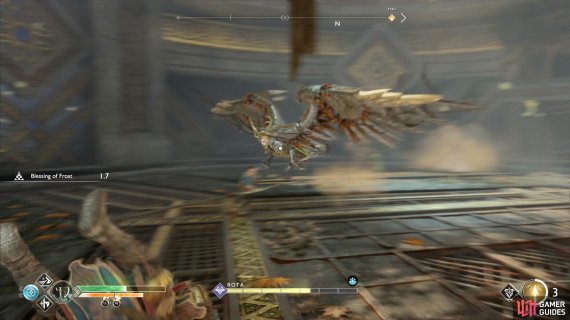 When you see Rota rise with a red ring (left), be prepared to dodge to the side up to three times. (right)

The other new attack and perhaps the most deadly that the Valkyries possess is the Heel Stomp. Listen carefully for the tell as she will scream “Valhalla!“m signifying the start of the attack. At this point she quickly rises into the air and will then land where you’re standing after a split second, if you don’t immediately dodge roll to the side you’ll be caught and suffer heavy damage. The Valkyrie will begin kicking you and you’ll need to hit the [Circle] button to counter and escape. Even worse is the fact that if she happens to drain all your health during this attack then you will be unable to use a Resurrection Stone so be sure to avoid this attack at all costs. 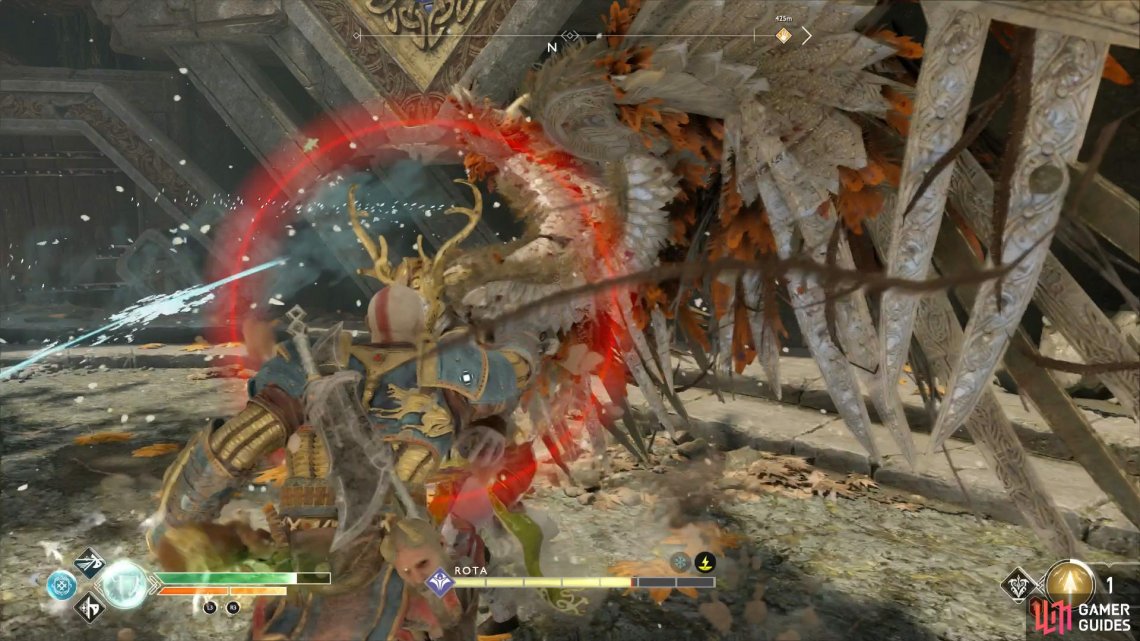 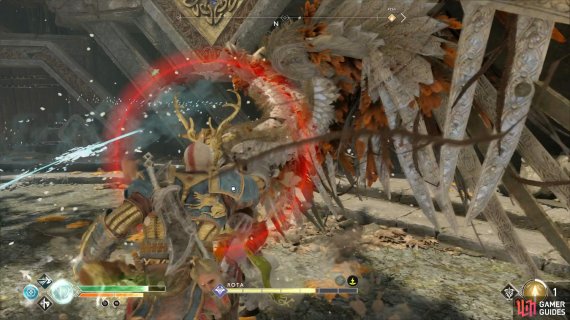 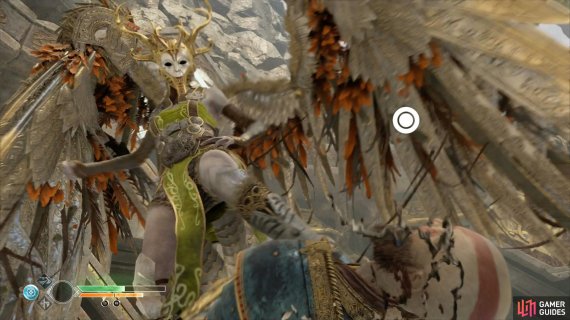 If you spot a red ring before she rises (left), dodge back to avoid the Heel Stomp. (right)

The battle all comes down to whether you can avoid these two nasty attacks as the rest of the battle you should be used to by now after facing the other Valkyries. Like always, make use of Spartan Rage as a health regen tool and you should take her down. It may take a few attempts to get the timing down for the Heel Stomp and Dive attacks but once you learn them, it’ll become second nature.

Upon her defeat you’ll obtain Rota’s Helmet and then loot the spoils on the ground to obtain Asgard’s Shard of Existence, an Epic Enchantment that will allow you to create a buff by holding the [L1] button for several sections. A block after this is active will create an explosive knockback, very useful indeed. You’ll also find more Asgardian Steel and the Grips of the Valkyrie, very useful grips for the Blades of Chaos once upgraded.