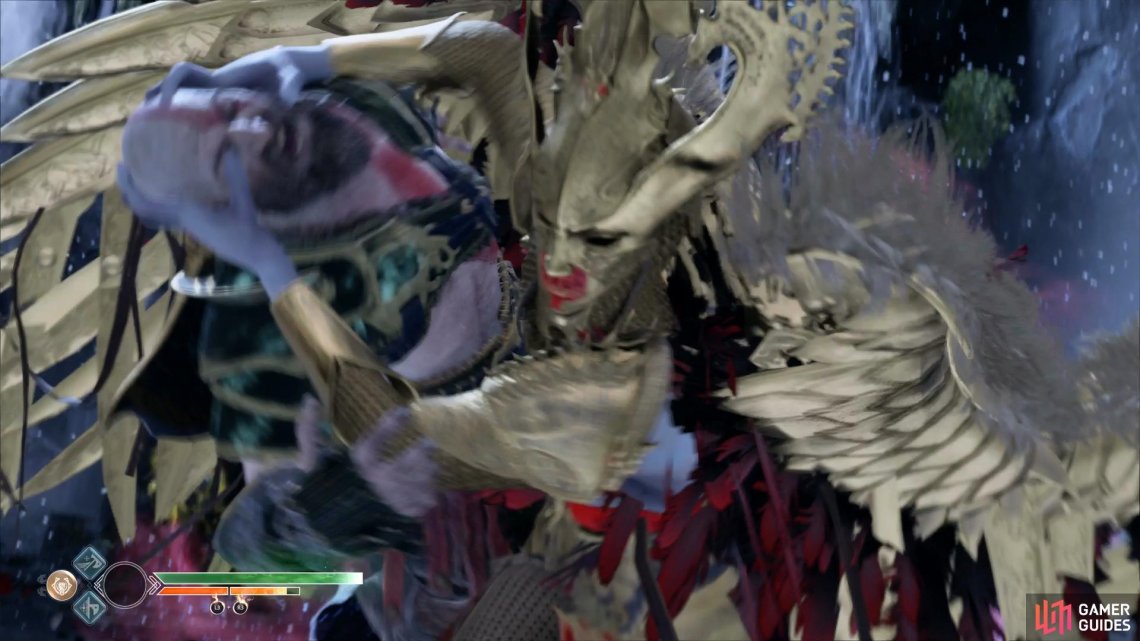 The Valkyrie Queen is by far the toughest challenge in God of War and you’ll need to put in motion everything you’ve learned throughout the game, especially the Valkyrie battles. Being the Queen of the Valkyries, Sigrun has every single attack that the other Valkyries did along with the speed of Olrun. This means you’ll have to be patient in your approach to her, waiting for her to use a skill that you’re comfortable at evading to score some hits on her.

The most deadly of Sigrun’s attacks is the Heel Stomp, she’ll perform this up to three times in succession and it can be the difference between victory and failure. She can also use the Dive attack three times in a row as well so always be on your guard and keep on the move. Like always, watch out for attacks such as the Mace Shockwave to knock her out of the air and make use of all your Runics only when it’s safe to do so. 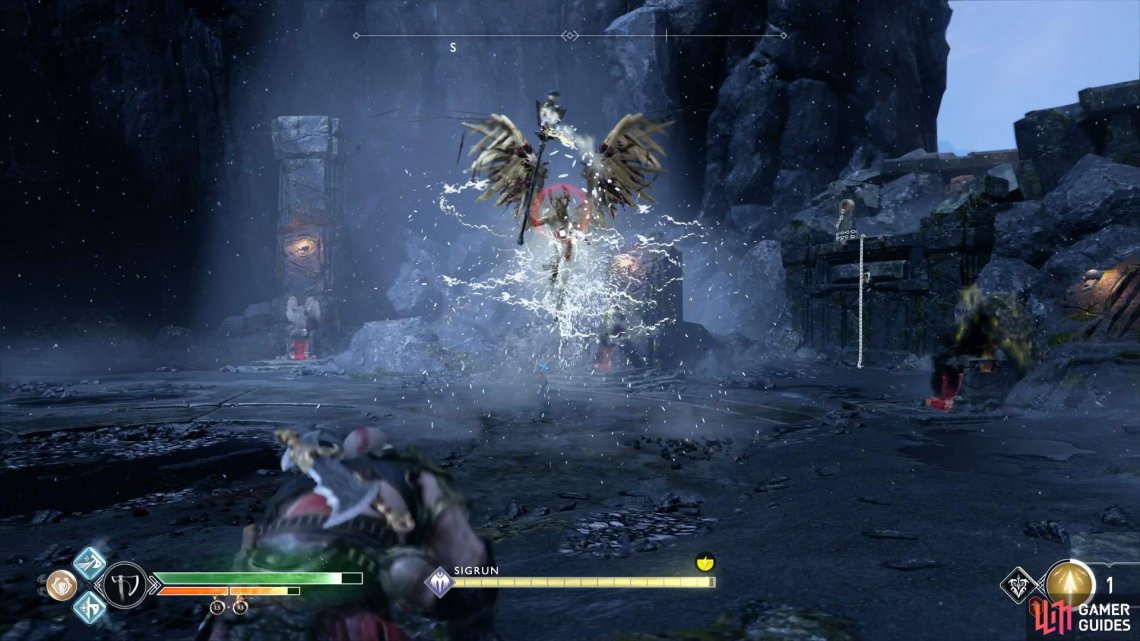 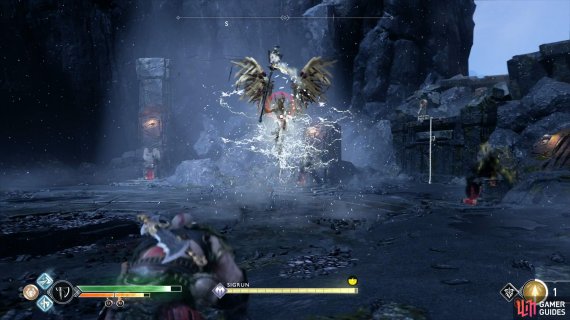 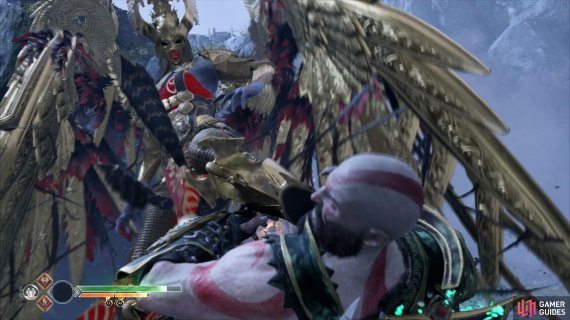 Knock her out of the air with an arrow to avoid the Mace Shockwave (left), avoid the Heel Stomp at all costs! (right)

If you have the unlocked Shattered Gauntlet of Ages, make good use of it here. It not only does a lot of damage but you’ll also be invulnerable during the attack, a valuable trait in this battle. The best moment to attack her is when she puts up her Wing shield, use Block Break and get some quick attacks on her. 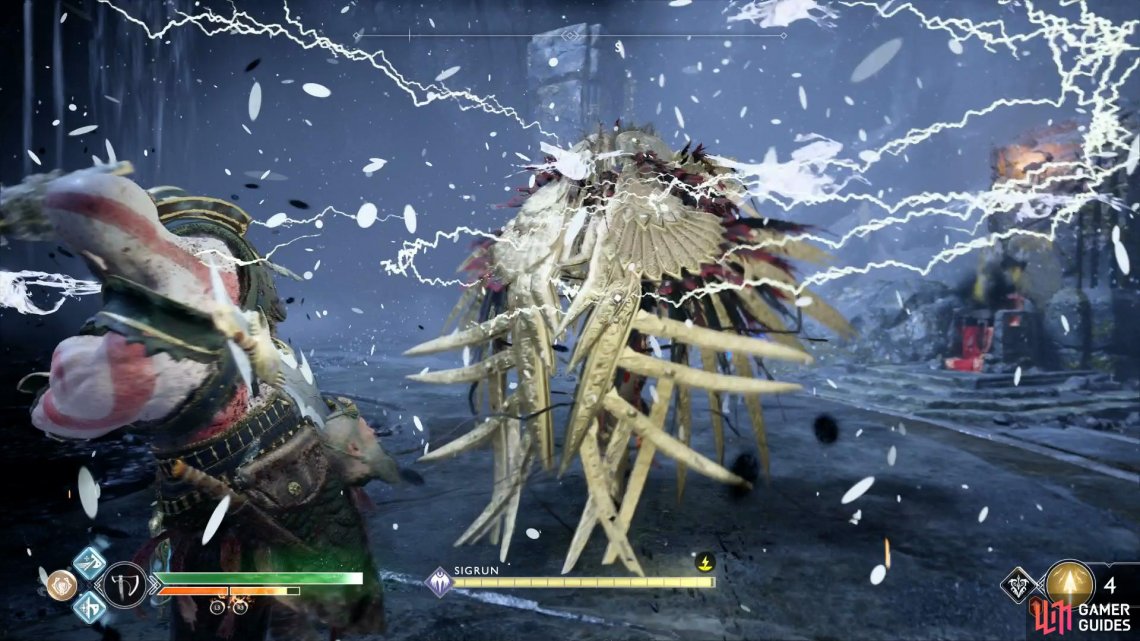 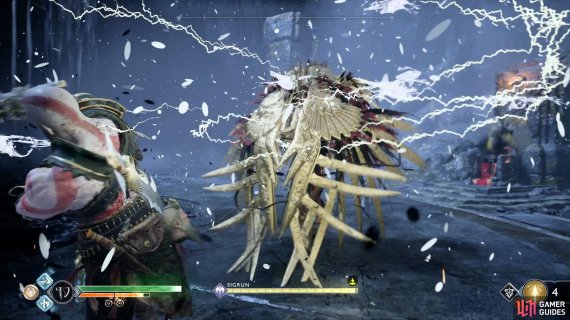 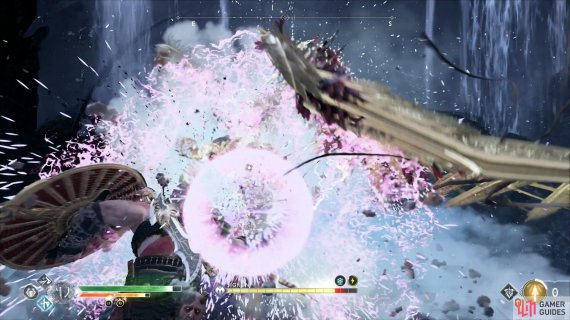 The Wing Block is the easiest attack to abuse with the Shield Block skill (left), the unlocked Shattered Gauntlet of Ages will deal huge damage to Sigrun. (right)

Don’t be afraid to use Spartan Rage too, especially if your health drops. Hopefully you have a Berserker’s Resurrection Stone on you too so you can unleash another if you’re defeated. If you find yourself being defeated a lot, consider Atreus’ Bitter Squirrel Runic, at max level and using Light Arrows, this will drop three healthstones on the ground. 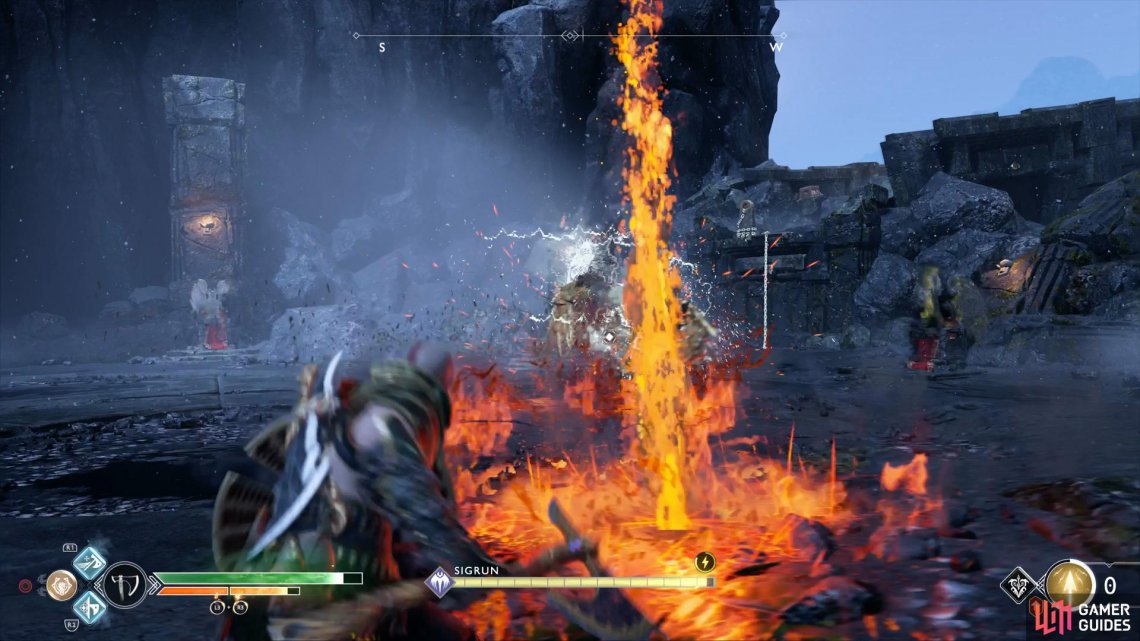 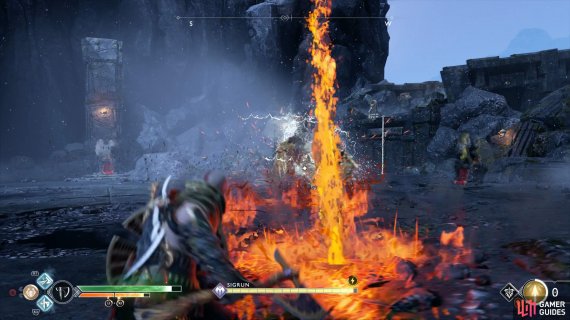 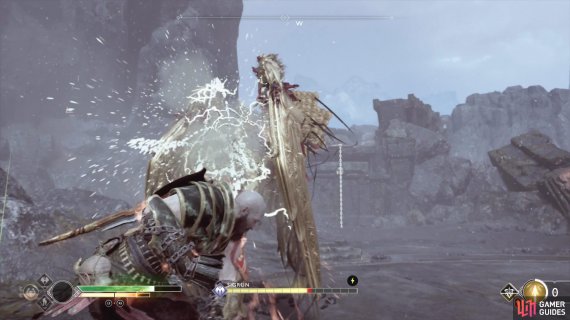 Remember that the Meteors will drop along a line and can be dodged by rolling to the side (left), make use of Spartan Rage to refill your health. (right)

Sigrun is a tough battle but you should be experienced yourself by this point. Remember that there’s no time limit and try not to get too greedy with your attacks, only go for a combo if you know you can get out of the way after. Following her defeat you’ll obtain Sigrun’s Helmet along with the loot on the ground containing the Njörd’s Temporal Stone Epic Enchantment, the Retribution Axe Pommel, Perfect Asgardian Steel and Asgardian Steel.

Chooser of the Slain