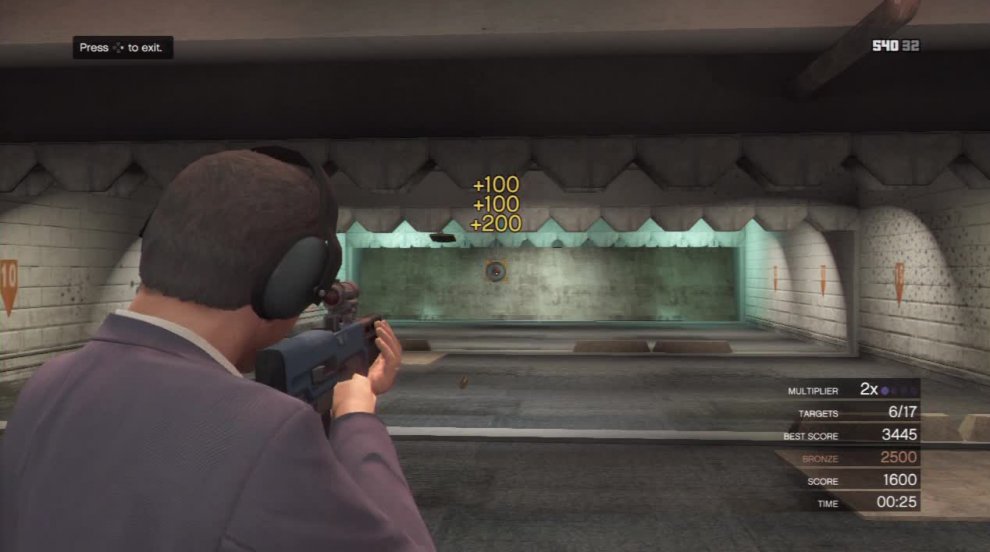 As always, the more advanced rifles make these challenges easier as does Michael’s special. The Advanced Rifle is especially good because it is easier to fire short bursts than the others and those are necessary to keep the multiplier going.

The pattern will repeat so keep moving with the targets. 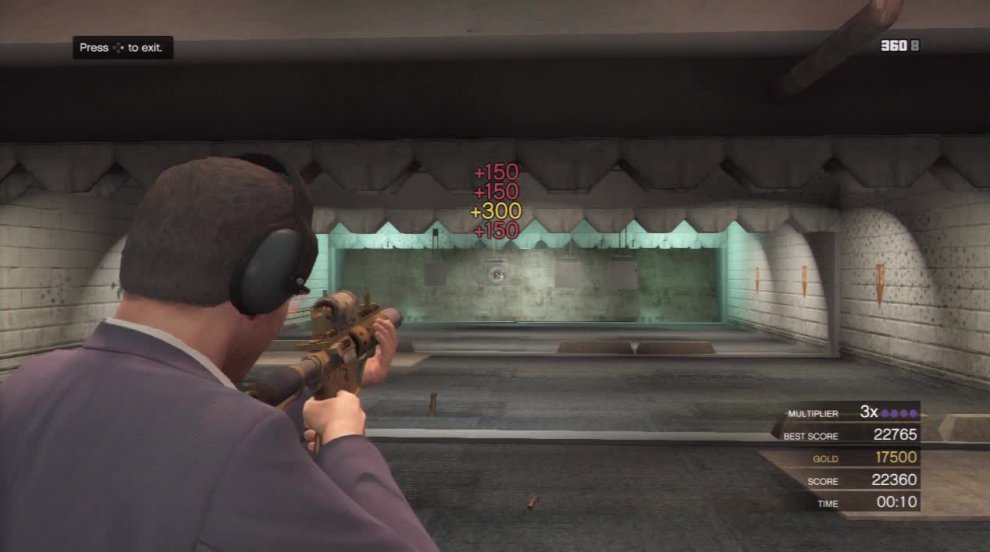 The Carbine or standard assault rifle are better than the Advanced Rifle for this challenge because they have a slightly higher rate of fire.

In this challenge there are four targets that appear in a line. They will each move from right to left starting from the foremost one and back again in the same pattern. The ones further away will move a little slower though, forcing you to adjust horizontal aim to match the speed.

You can strafe with the targets if you like or you can just adjust horizontal aim. Make sure to reload as you move back to the next target or you will end up reloading half way through hitting a target. The Carbine Rifle offers excellent accuracy if you are struggling with this challenge. 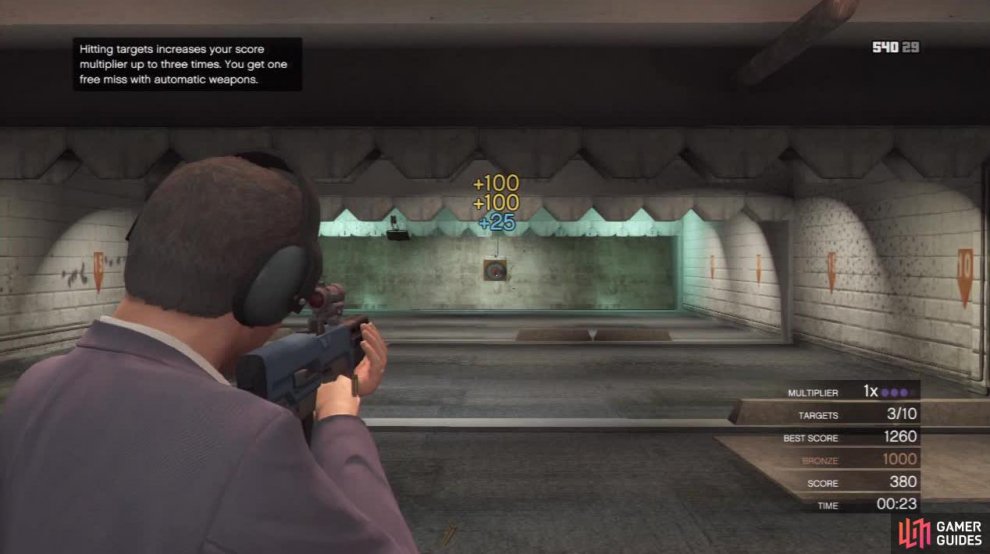 This challenge is pretty tough compared to some of the others. Each target comes in at varying heights and speed so you must adjust quickly to the new target. One thing to keep in mind is to take your time. You have 29 seconds and there are only 10 targets to hit. It is important to maintain your multiplier to get Gold so really focus your shots and try not to just fire wildly.

The first set of targets starts with them dropping in one at a time, first from right to left, then one from left to right and then repeating that pattern with slightly different heights and speed.