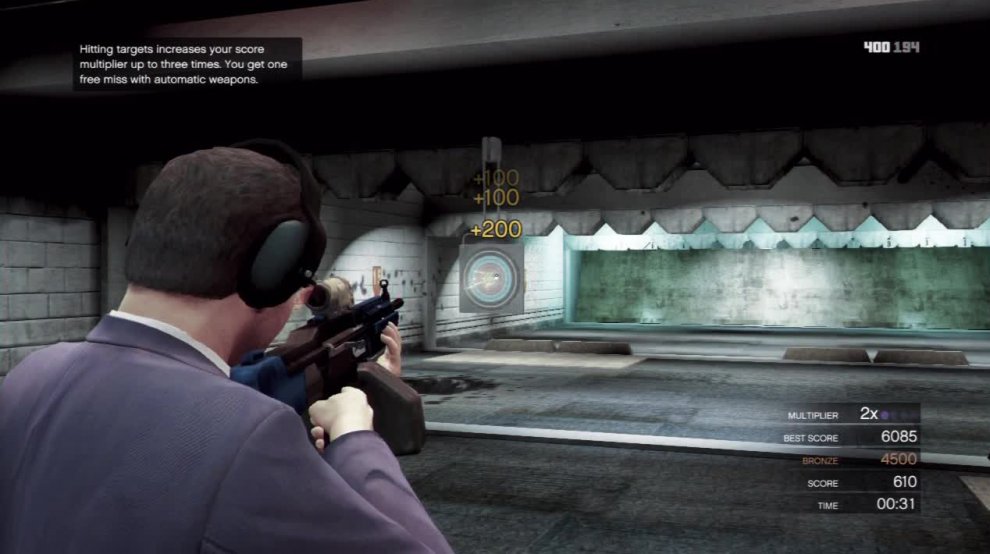 The Gold medal for this challenge is best achieved using the Combat MG because it has a much bigger magazine capacity. The slow reload times for the MGs make it necessary for you to reload after each set of targets have gone. There is a pause of a few seconds between each set giving you ample time to reload.

Using Michael’s special in bursts during this challenge may help some of you that are struggling to achieve a good score. The targets will take five hits before they exit but take too long and they will exit anyway. The targets will drop with increasing amounts at each stage. You should have enough bullets in the chamber to complete this challenge without having to reload if you are using the Combat MG, though it may be wise to reload before the final set of targets just in case.

A row of distant targets that flip individually and exit automatically. 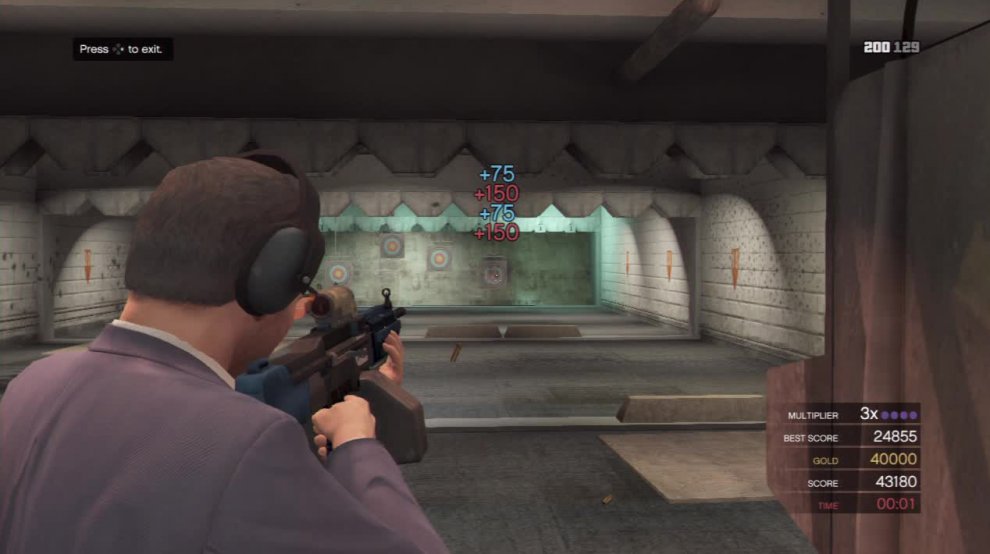 In the next section, the right-most target flips first followed by the rest from right to left. They flip one second after the previous one so you have less time to focus on each. Keep firing at the right-most one until just before the left-most one flips open and then work your way across the targets before they turn back over.

The pattern will then repeat from left to right so do exactly what you did previously. Finally, all the targets will flip open at once so keep firing at the one you were firing at previously. Keep hitting the yellow and you should be able to make the Gold medal score. 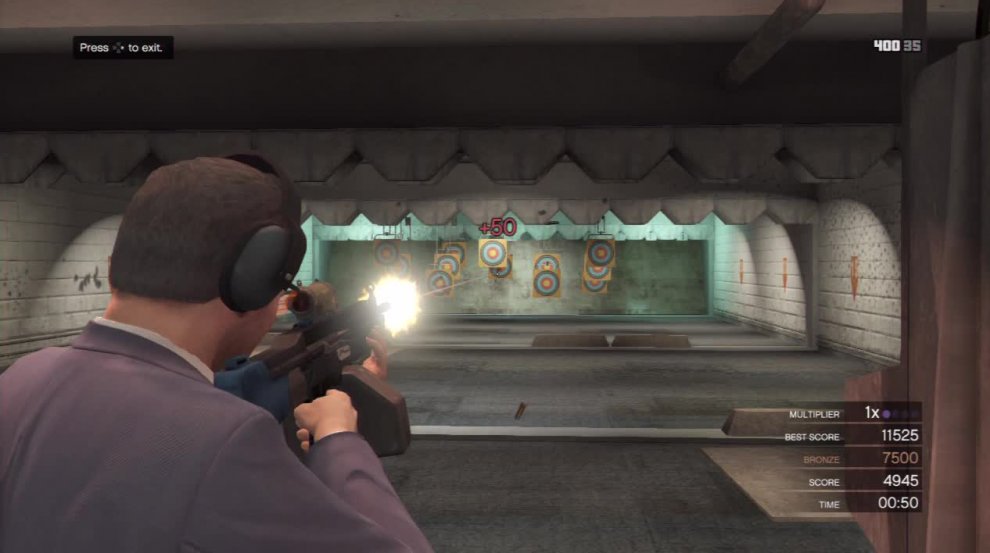 In this challenge, the targets start as only three but grow exponentially until they are stacked. They can each take a fair amount of hits before they disappear too, allowing you to keep firing constantly.

Hold the trigger down and sweep the targets in a vertical motion to really rack up the points after they have begun to stack. If you can keep the multiplier up, you should easily be able to get the Gold.