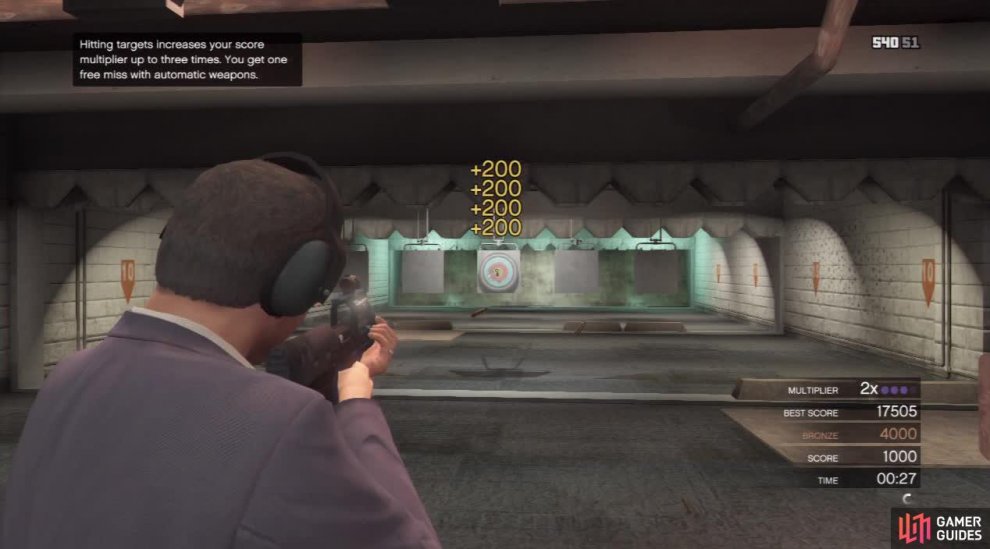 To finish this challenge with ease, use the Assault SMG. It has a bigger magazine, allowing you to hit more targets before reloading. Five targets will drop with them revealing one at a time from the middle in a right to left direction and then back again.

Once again, you can use Michael’s special and strafe to keep the centre in focus and really increase that multiplier. The Assault SMG really makes this challenge much easier because it fires so rapidly and it has a better magazine. It helps if you have upgraded it too. 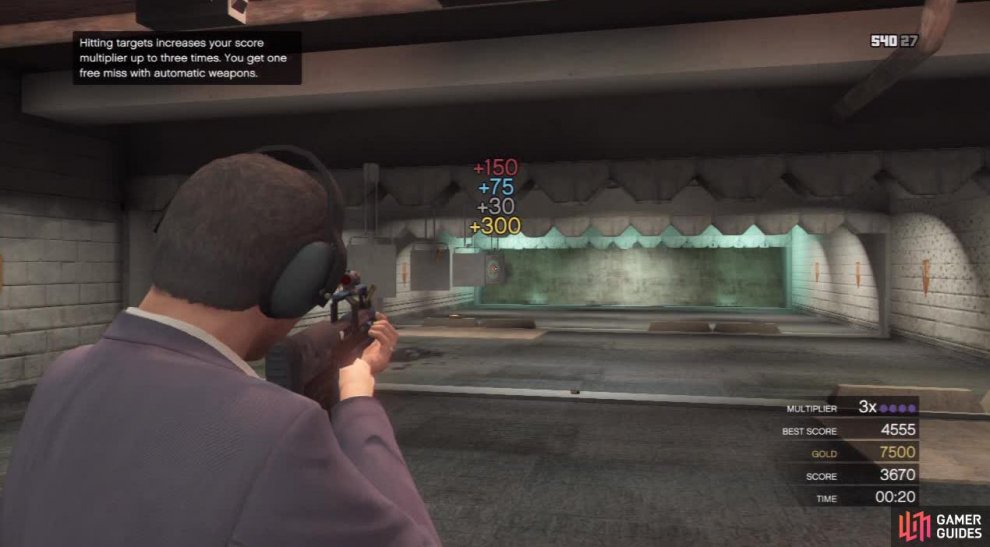 There are four targets that drop down and they will start moving from right to left with the nearest to farthest revealing itself. They will then move from left to right in the same manner. If you move with the targets you can minimise the gaps between the target allowing you to keep hitting them as you sweep across them.

If you use the Assault SMG again you can actually just stand in one place and as long as you hit the target and keep the multiplier going, you will still get the Gold. 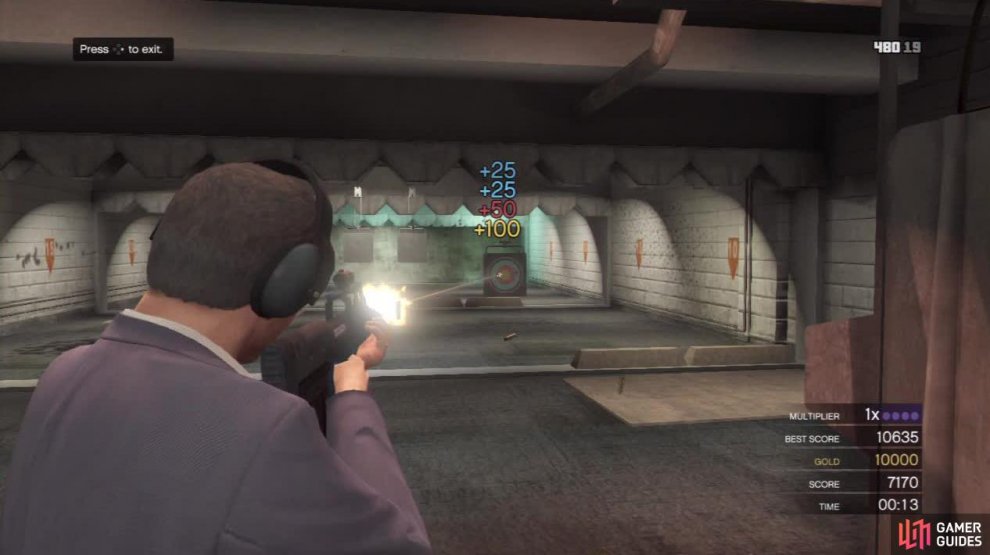 The targets in this challenge move in quite a complex pattern and even have some that act as a diversion. Once again, it is recommended you use the Assault SMG for this challenge to enable you to achieve the Gold easier.

When there is a target at the front and centre, always spend the maximum time you can unloading into the yellow because you can generate a massive score just by focusing on that. When a target starts to move, do not move too much away from the centre or you will be off-target to hit the central target when it appears.

When the three targets appear with their backs to you, ignore them and instead focus on the target to the right that will move towards you. Then you can go back and hit them as they finally reveal themselves. Stay in a central position here because you have a good view of them all. Be sure to use burst fire in between targets or you will miss and reset the multiplier.

Los Santos, a place of lawlessness and corruption, of colorful characters and a dream in the making for three very different men. Each with their own agenda, Franklin, Michael and Trevor are thrown into the chaos of a life of crime, their lives entwined together, fighting against the law and corporations hell bent on bringing them down. Can they become legends or will their names disappear on the winds of time?

Discover Los Santos with the help of our massively detailed guide.