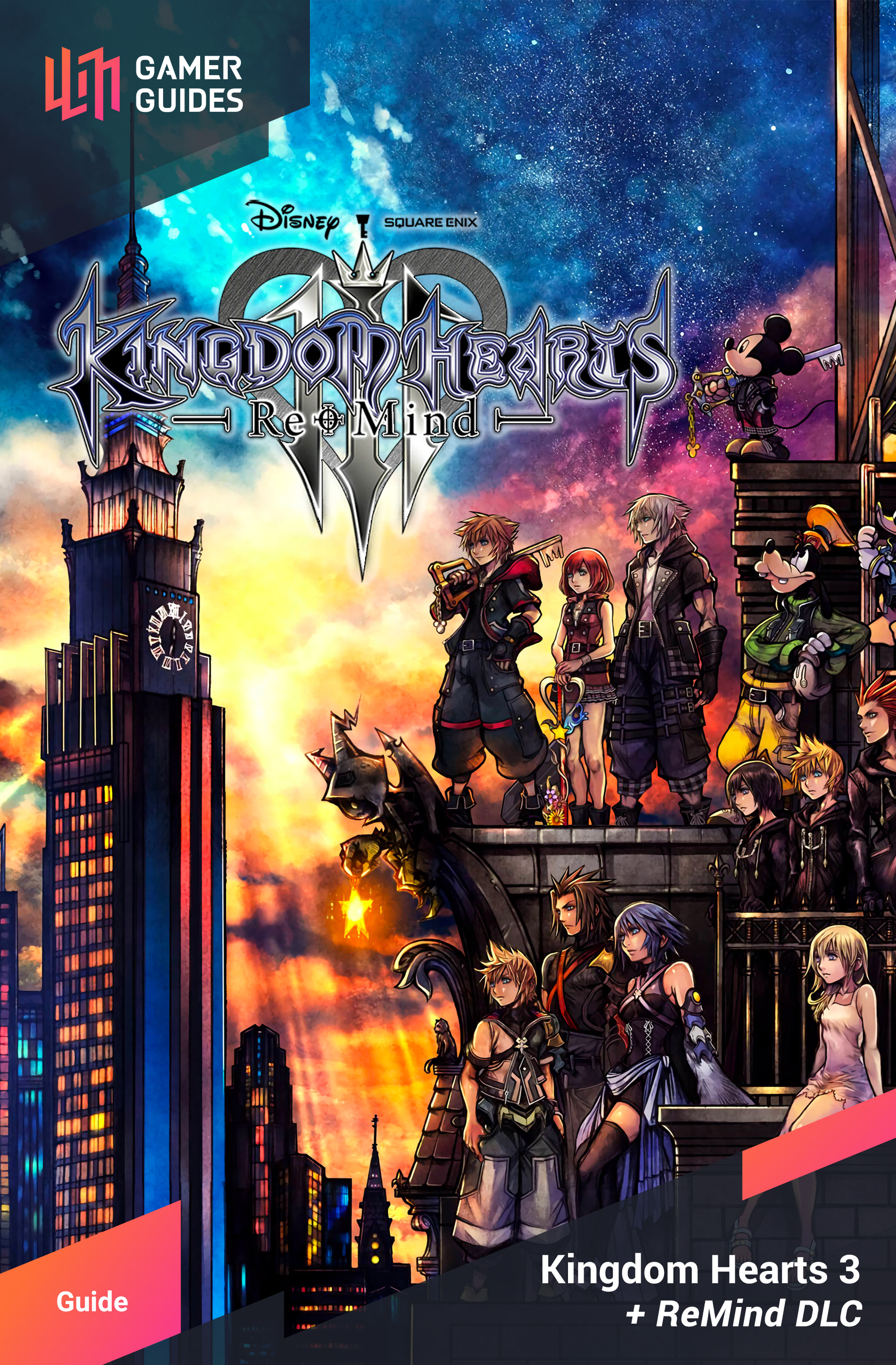 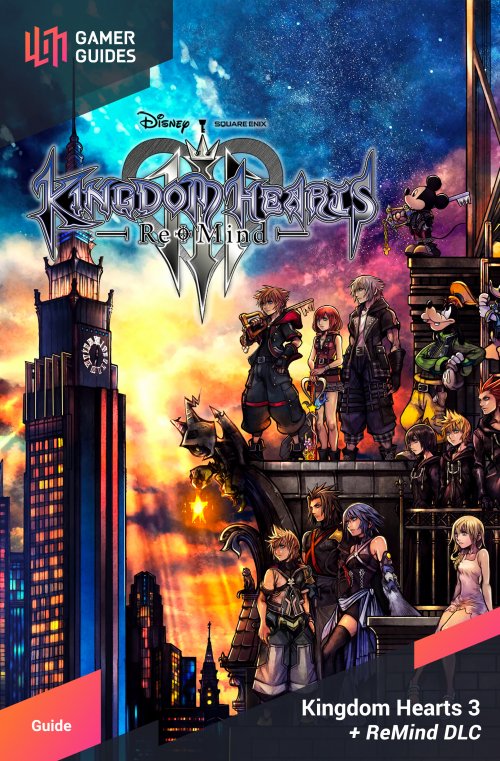 Welcome to the Roadmap for obtaining the platinum trophy for Kingdom Hearts III. It's not a particularly difficulty platinum, but there are a lot of collectibles to get throughout the game's worlds, meaning a lot of running around trying to find them. Not only is that a nuisance, but you also will need to complete the majority of the Gummiphone, which acts as this game's Jiminy's Journal (if you've played previous titles). Thankfully, there are no difficulty-related trophies, so you can play on whichever difficulty you want from the beginning, although the game isn't really that challenging on Proud Mode.

The first step in inching closer to that platinum is to just play through the main story, while keeping a few things in mind. There are no trophies for difficulty, so you can play on Beginner, Standard or even Proud if you want without anything changing. Remember that you cannot change difficulty once you pick it at the beginning, although Proud mode isn't exactly pushing things in terms of a challenge. If you wish to view the Secret Ending, then you should be cautious of difficulty, but since you're collecting all Lucky Emblems (the only thing that decides the Secret Ending), there is really no problem there.

The important thing to remember during your initial playthrough is to not run away from battles on your first time through the worlds. This is because you'll need to defeat one of every enemy to record them in the Gummiphone. The majority will be found during normal exploration, but some of them won't be found until post-game. Also, look around for the Lucky Emblems and treasure chests, as you need all of those, too. Thankfully, there are full guides as to the locations of everything in this guide, in case you're having trouble.

After finishing the main story, your next objective will be to work on completing all of the trophies that pertain to the Gummiphone. This not only includes the Lucky Emblems, Adversaries, and Treasures, but so much more. You basically have to do all of the following:

This step can be interchanged with Step 2, depending on how you want to do things. The Gummi Ship is a completely different beast compared to previous games, as you have a fully open area to explore in three different galaxies. There are only three trophies related to the Gummi Ship, which are to get 20 unique treasures, photograph all of the constellations, and defeat Schwarzgeist, the most powerful Gummi Ship boss. The unique treasures are just A-Rank rewards to doing the Heartless ship battles strewn about in the galaxies. For the constellations, there are three in each galaxy, so that is a total of nine of them.

Schwarzgeist is definitely a challenging boss, which can be found in the tornado area of the second galaxy, Misty Stream. Before you can fight it, you need a ship with 200 speed, which is easily done by photographing the Endymion constellation, also located in the same galaxy. For further details about the battle, look up the Thermosphere trophy/achievement.

All that's left is to clean up any remaining trophies not included in the above steps. This includes the two miscellaneous trophies in The Caribbean, which involves fully powering up the Leviathan, as well as sinking 200 enemy ships. In general trophy requirements that encompass the entire game, you need to defeat a total of 5,000 enemies, which will likely come upon grinding to level 99 and doing the synthesis ingredient farming. Note that finishing the main story will allow you to do Battlegates, which are places where you can just battle a bunch of enemies.