The world is plagued by Chaos and nowhere is completely free from it. Infusions occur in every location, usually in more open spaces. You can discern what is an Infusion by the way the world looks different. There is a shadow cast over an area.

Should you enter an Infusion, be aware of the added effects. These are: 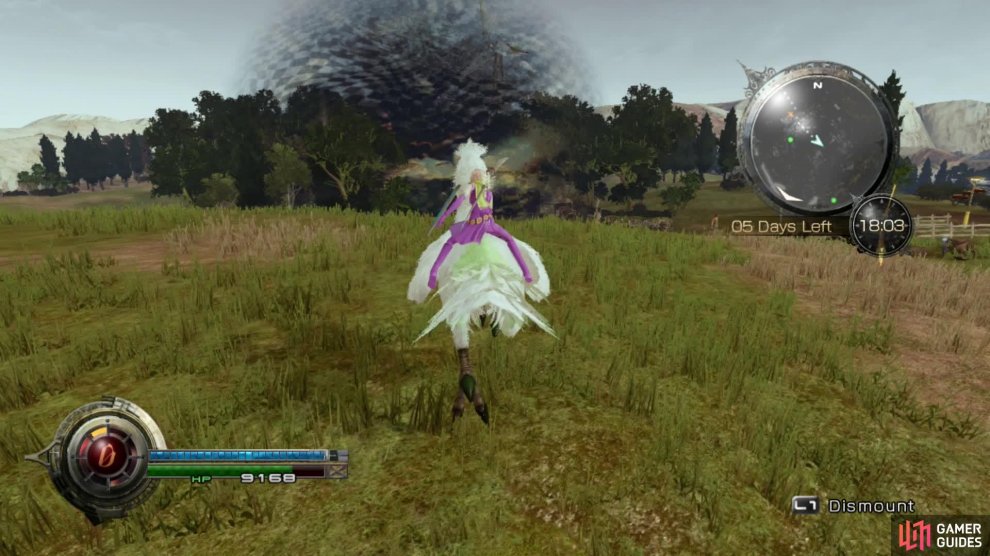 There are benefits for seeking these out though in the form of added spoils. EP gains are dramatically increased as is Gil. Item drops are increased and furthermore, you can collect Soul Seeds that can be sold to a Seed Merchant for a decent sum.

After you have defeated a monster inside an Infusion, the Chaos will disappear. If you come back at a later date, it will have reappeared again.

Approach Infusions with caution, especially in a new area where you may face monsters you have not encountered before. You can make a foray into one, see what enemies spawn and weigh up whether you can defeat them or not. If you feel you cannot face a certain monster inside the Chaos, simply lead it out of the Infusion and defeat the normal version.

If you are really brave, you can make a dash through the Chaos, grab any Soul Seeds inside and then run out again.

The Ark is like a base of operations where you can rest from your exploits. Upon returning to the Ark, Lightning’s HP and EP will be fully restored. You can also fight any enemies you received a star rating from again. So if you wish to practise your skills, you can do so via the bookshelf without any penalties. Any items used will be restored after the fight.

Hope will also give you rewards at the end of each day when you return. You can also use your EP to purchase items from Hope not normally found in the game world and talk to him about various events in the story. 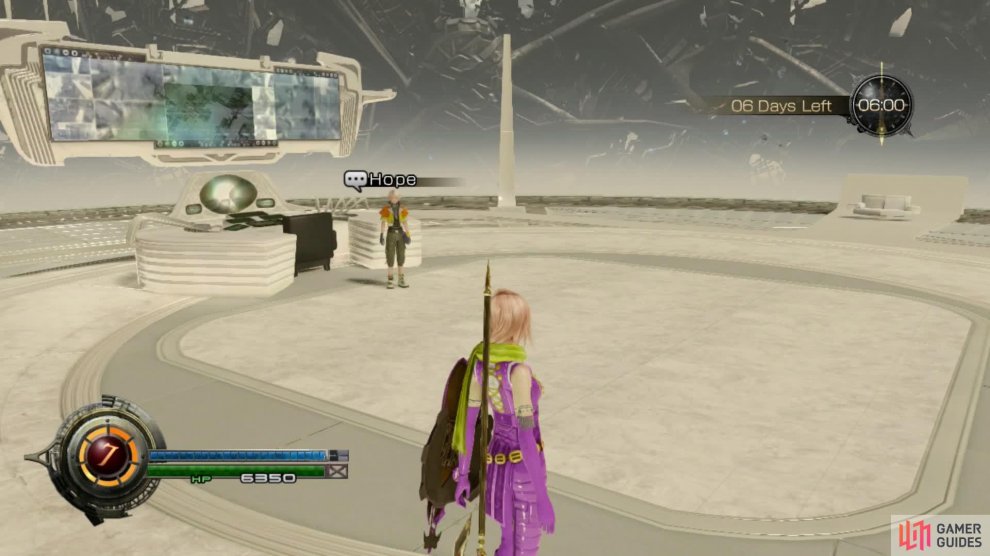 By defeating monsters, Lightning will acquire EP (Energy Points). These can be spent on certain abilities that enhance the game or Lightning’s battle prowess. The act of acquiring and utilising EP efficiently is all part of the general strategy towards the game.

EP can also be restored by Ethers and Turbo Ethers though these are not readily available and should only be used sparingly. The capacity of your EP meter can be increased by completing main quests.

Escape - allows Lightning to escape a battle when she is defeated or a battle you feel cannot be won. On Normal and Hard difficulties, an hour of time will be lost so avoid Escaping as much as possible.

Arise - acts like a Phoenix Down by reviving Lightning from K.O. and restores a portion of HP dependent on how much EP was used.

Overclock - Lightning’s Limit Break of sorts. Time will slow completely, allowing Lightning to get off a lot of attacks before the enemy can even react. Can be further boosted by employing Army of One.

Chronostasis - stops the clock from ticking, allowing the completion of quests or objectives without any time spent. This is arguably the most important ability in the game as the use if this is essential if you wish to complete the game in full.

Teleport - allows immediate transportation to any place you have previously visited. Unlike the monorail services, no time will flow in between, allowing you to reach distant places without any time being spent.

Quake - this special attack deals a fixed 9,999 damage and can launch a target. It also significantly boosts the Wave preservation.

Decoy - summons a Moogle Doll to the battlefield to distract enemies. It comes with 5,000 HP and cannot be launched. It will last until destroyed. 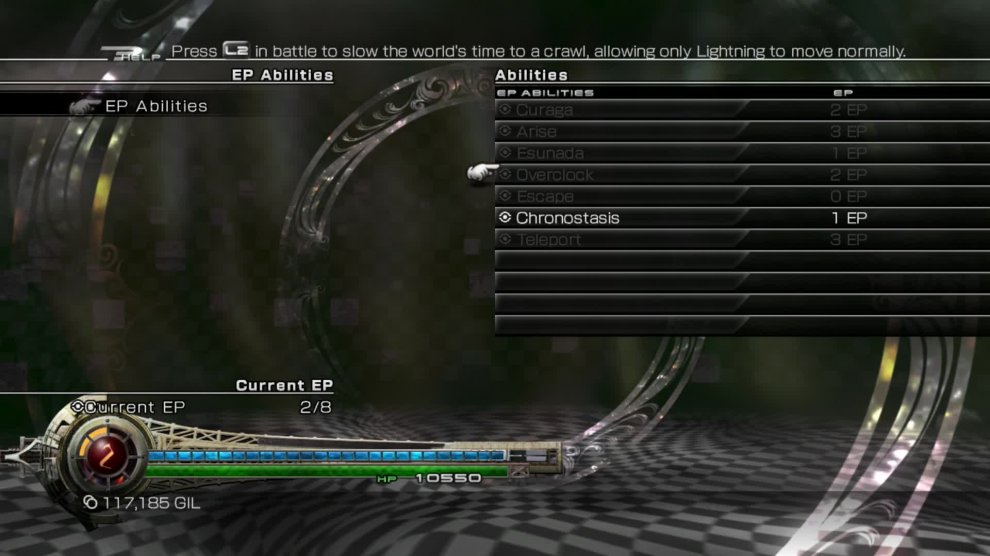 If you see an NPC with blue writing above its head, this is an Outerworld message. It is worth checking these regularly as players leave generous items, such as Turbo Ethers. You must pay the delivery fee, corresponding to how much the item is worth.

Square Enix also leave messages for players, denoted by the 'FFXIII' prefix before the message. You can obtain exclusive garb by reading these messages.