For fans of Final Fantasy, the very open nature of the game may be a great source of confusion. Gone are the days of levels and a stringent path that gets progressively harder and instead all areas are available from the start and the game literally throws you in at the deep end. The game does not pull its punches and you may find yourself facing a difficulty spike very early on without intending to. Add in the fact that there are quite a few pitfalls new players can face that could hinder their playthrough, and the game can feel very daunting.

Thankfully, once you grasp the basic structure, you will be more equipped to understand the way you should approach your playthrough. Getting to grips with the four main areas and having some knowledge of the difficulty of quests can go some way to helping you decide how best to approach the game. We have tried to use an optimal walkthrough designed to avoid pitfalls and difficulty spikes, while gathering the best items in order to achieve the most stress-free playthrough possible.

The game is split into three categories of quests and these are your source of attribute increases and monetary gain as well as new garb and weapons:

Main quests : These quests must be completed before the final day or you will fail and have to start all over again. Each one is a multi-stage task, set over the course of a day or more and can take some time to complete. You will earn massive increases to stats and unlock useful abilities. They remain the priority and our guide aims to complete these in the first half of the game. Each one adds an extra day before the end of the world. 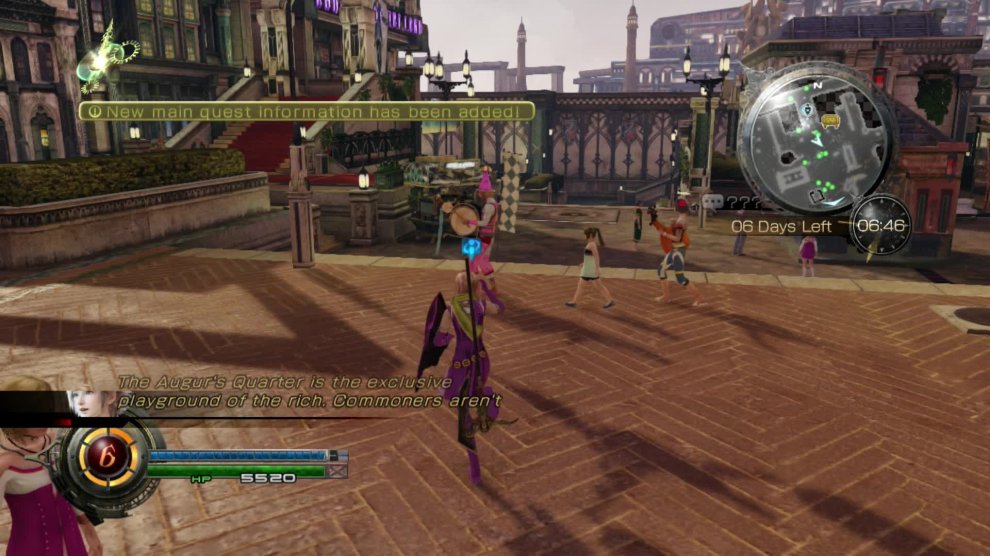 Side quests : Usually smaller in scope and size than main quests, they are awarded a difficulty rating out of three stars. The more stars one has, the longer it will take to complete or the more difficult it will be. They range in size from a simple delivery quest, to a quest that spans the length of a playthrough. Rewards can be large or small dependent on the difficulty. Canvas of Prayers : Outside the monorail stations, you will find Chocolina. This crazy girl offers a board where you can complete and accept small tasks for Nova Chrysalia’s many denizens. They normally ask you to recover items from monsters. Be aware that they do not count towards extending the world’s remaining time but they do offer small boosts to Lightning’s attributes that all add up over time. 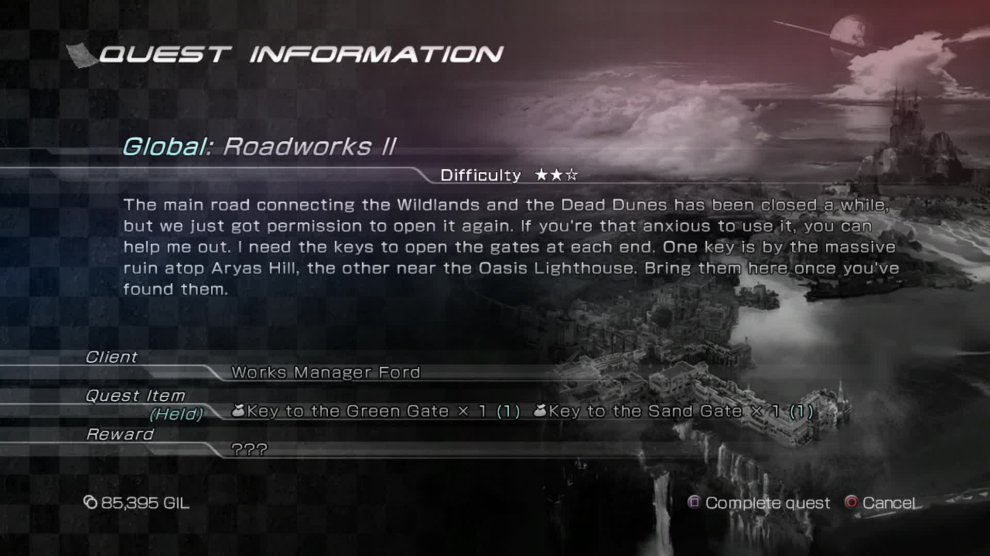 You will begin with seven days to save the world and completing each main quest adds a further day. An extra day can be obtained from completing a certain number of side quests and this day falls between day 12 and the final day. You can do quests in whatever order you wish but at 06:00 every day, Lightning will return to the Ark and offer any Eradia collected to Yggdrasil. Each new petal corresponds to an extra day before the end.