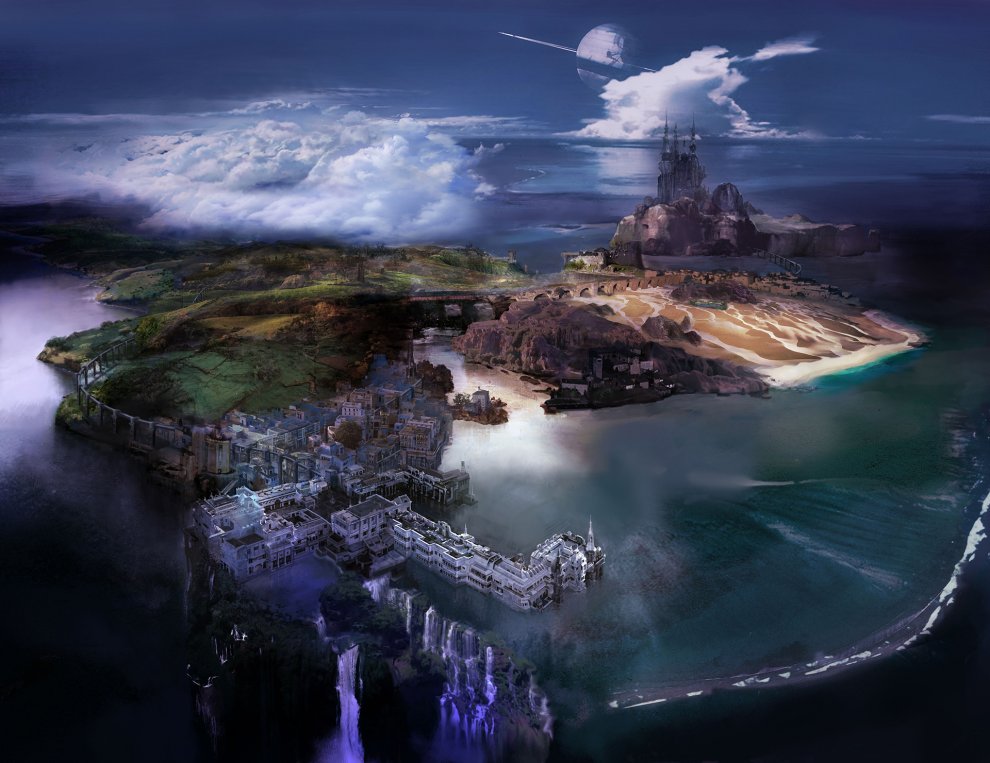 It has been 500 years since the Chaos flooded into the world, humanity has become crippled by despair and the population has dwindled without the birth of any new children. The Chaos has taken over most of what was once Gran Pulse, leaving only an island.

It wasn’t always like this. Hope Estheim, one of the original L’Cie who saved Cocoon, led the people in the aftermath and drew society together. Both Snow and Noel helped him in this endeavour and vowed to make the best of what they had. However, 169 years ago, Hope disappeared without warning. With no real leader to look to, society became divided.

That is, until an order preaching salvation by the god Bhunivelze appeared. People looked to faith in their hour of need and turned to this Order of Salvation, hoping to be spared the horrible fate waiting for them if they put their faith in God. Luxerion, the Order’s base, and a great sprawling city, became a sanctuary for their followers and a great Cathedral was built. Inside sits the Saint, a being with the power to speak to the dead. She awoke only thirteen years ago from her crystal sleep with this power.

But not everyone believes the Order’s teachings and those who don’t have shunned Bhunivelze in favour of Etro. They call themselves the Children of Etro and believe that all that awaits them at the end is Etro and the Chaos. Little do they know that she died centuries ago and will not be there to greet them. They have been sacrificing young women with rose-coloured hair, for what reason, no one knows and a man known only as the Shadow Hunter is at the forefront of this mystery.

Some people have turned to revelry to forget about what awaits them. Yusnaan, a city worlds apart from Luxerion, is at the heart of this and nightly banquets and entertainment take place in the Palace grounds. The people are protected by their Patron, the only L’Cie left in the world and a man of great power. Though worryingly, he has not been seen of late and the people fear the Chaos has at last taken hold. 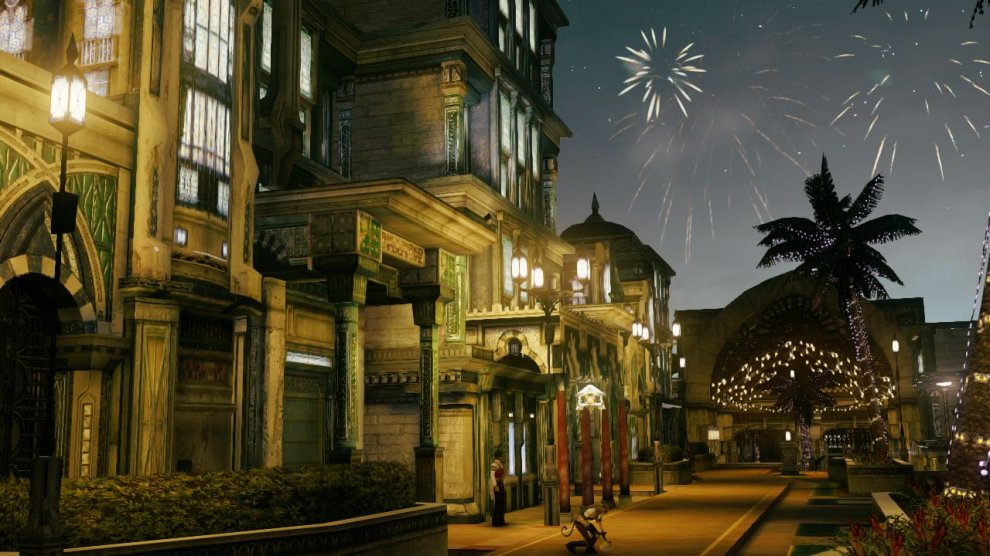 There is only one expanse of wilderness left. Aptly named the Wildlands, this place is home to hunters who ride Chocobos and live off the land. Many people from the city come here to get away from the hustle and bustle of the city and to lead a simpler life.

But the Chaos has not left it untouched. A testament to Valhalla provides the backdrop in the form of the Temple of the Goddess, Etro’s former abode. When the Chaos flooded the land, the Temple broke through along with it and ended up getting stuck in the Wildlands. 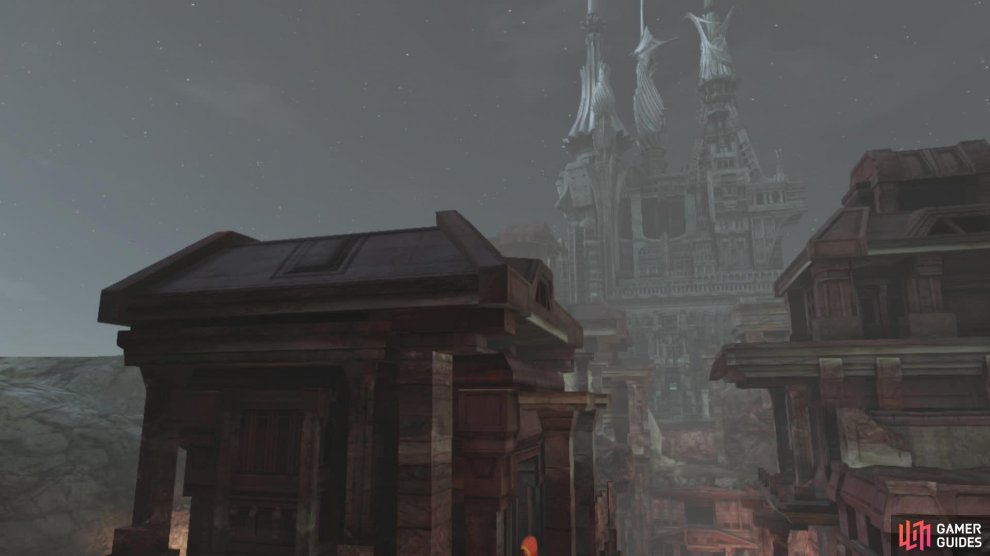 Rumour has it a terrible darkness awaits in the Temple. The legends speak of an Angel of Valhalla destined to lead the Savior to the Temple gates. The people have seen what looks like a large white bird roaming the Wildlands and believe it is connected to the Temple somehow.

Lastly, a massive desert makes up the last area of Nova Chrysalia. Powerful monsters roam the land and a group of bandits have made it their home. Their camp is Ruffian, found in the centre of the Dead Dunes and surrounded by an oasis.They seek treasure from the swathe of Temple Ruins scattered across the desert. The bandit leader however, wants one treasure no one has ever been able to find; the Holy Clavis. There is a race against time to find it before the Order of Salvation, who also seek it for their Saint. 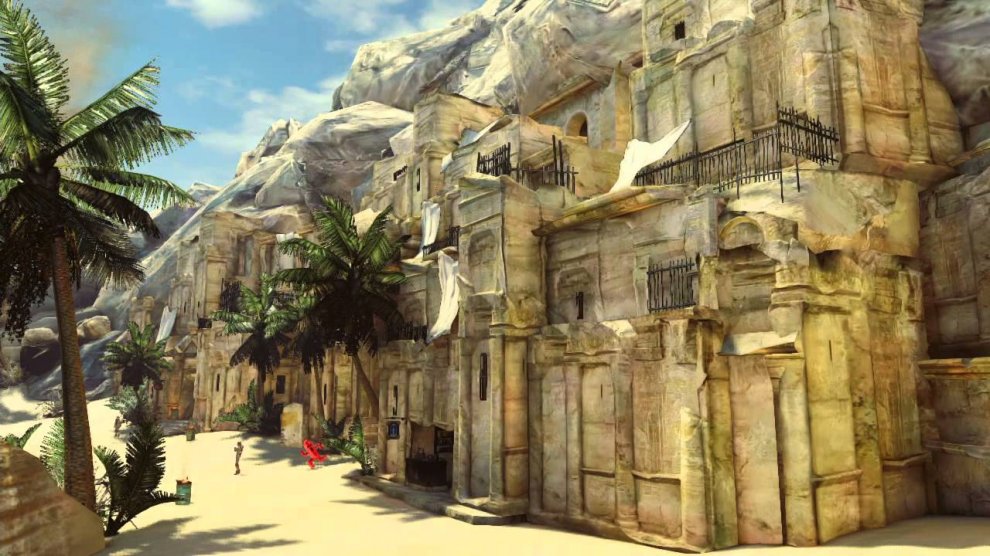 The Legend of the Savior

Legends tell of a great warrior ordained by the god Bhunivelze to come at the end of days and lead the people to salvation. She is tasked with saving the people and leading them to a new world free from Chaos. But some have said she is little more than a Harbinger of Death, sent to send the people to their deaths.