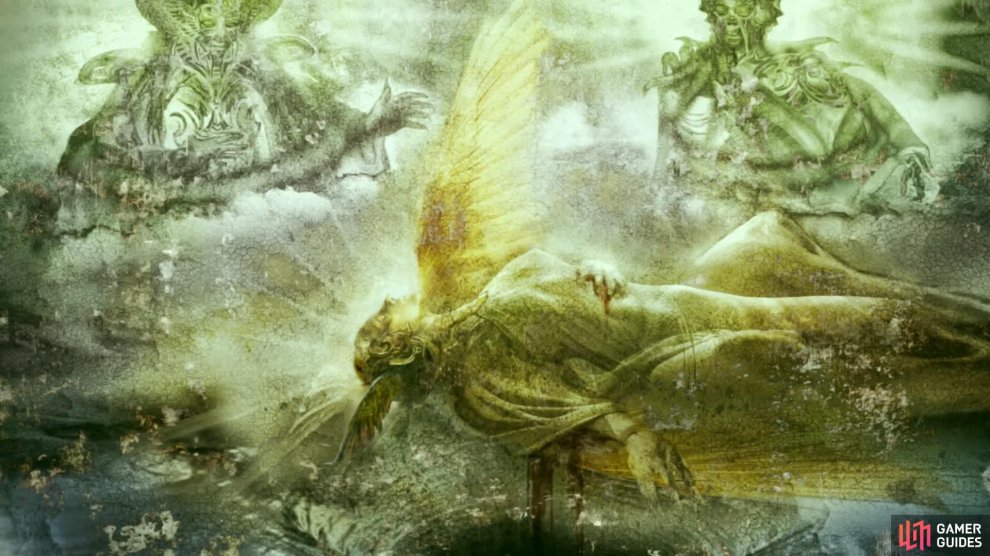 Bhunivelze and the other gods, as well as the Fal’Cie had a terrible plan to open Etro’s Gate, the door to Valhalla, by destroying Cocoon and forcing all the deaths of the humans, who are made from Chaos, the very essence of Etro herself, to cause the Gate to break open so they could enter that realm and achieve immortality.

Due to Lightning and her friends, this plan failed though it was not forgotten. Caius Ballad, the Guardian of Yuel, sought to free Yuel from her terrible cycle of rebirth by killing Etro herself and ruining the timeline. The result would unleash the Chaos of Valhalla onto the realm of the living causing all time to stop.

Serah, Lightning’s sister, blessed with the Eye of Etro, sought to find her sister who had become lost in Valhalla. With the help of Noel, a man born at the end of days and a fellow time traveller, she learnt of Caius’s terrible plan and vowed to stop him.

They achieved this and stopped the extinction of humanity. But what they did not know was that by killing Caius, who bore the Heart of Chaos, Etro’s power, they had unwittingly killed the goddess and unleashed the Chaos into the world. This resulted in a merging of the realms and caused humanity to become ageless though they could still die from disease and accidents. No new children were born after this and souls no longer had a place to return to in death so they just wandered through Chaos forever.