You will fight Gaunts, Niblets and possibly the terrifying Zomok. While you can defeat a Zomok, they are a serious drain on your resources at this stage so save your EP and items and just run past them. Don’t miss the Stormbane Choker and the Zirconia Brooch along the path. You can’t miss them as they are right along the way you are going. If you do wish to take on a Zomok, equip the Stormbane Choker you’ve just found and learn how to guard their attacks. Run to the waypoint to complete the quest. That just leaves the Shadow Hunter. 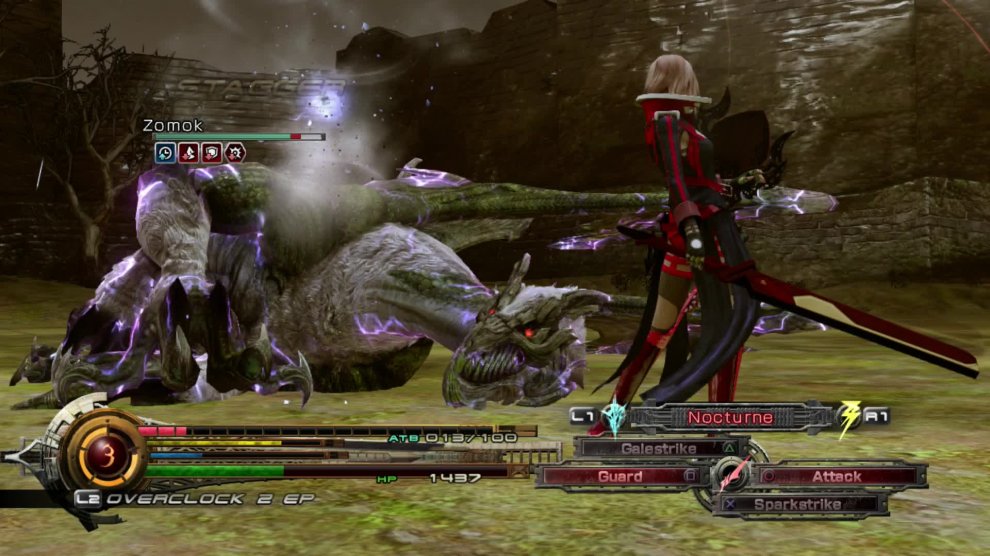 The final showdown with the Hunter lies in the Den of Shadows in the Warren. While it is possible to defeat the Hunter at this stage, if you want 5* and the best score possible, it is best to leave the battle until the end of Day 3 as your stats are much improved. For that reason, we will not include the strategy in this section. Please go to the next section if you wish to defeat him now. We will visit the Den to collect a couple of items, however, so let’s go.

Collecting Items From The Den

Go to the marker in the Warrens and talk to the guard at the door. He tells you that he can’t let you in without the Crest of Etro which is carried by all the Children. So we need to steal it from them. If you head back up the stairs and turn right, jump up the ledge and climb the ladder, this leads to an area where the Children of Etro members spawn a lot. You may have to run back and forth to get them to spawn but they will always be there eventually. Fight them and kill them to gain the Crest and then return to the guard to open the Den. 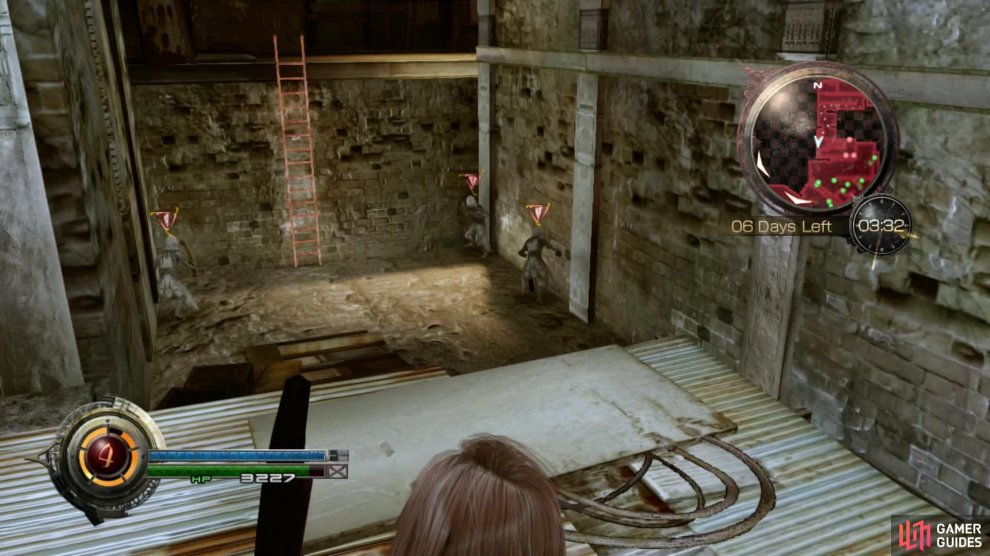 After the cutscene follow the Hunter by jumping over to the ledge he was on and when you get to the edge, jump down. Over in a little alcove are some red boxes with a treasure sphere behind them. Smash them to claim the Thorn of Protection . Climb the ladder and go back to where you were.

You may need Chronostasis while you search the Den if you want to defeat the Zomok for the sidequest before 6am. If you don’t wish to partake in that challenge just yet, feel free to explore it a bit more or keep killing the group of Children because they give you a nice boost to your EP for every group you kill.

Jump over to the next metal walkway and follow it round to the right until you reach another edge with a blinking red light. Jump off here and make sure you land on the walkway below or you’ll have to trek back up here. There is a large gap ahead where you’ll need to jump far enough so Lightning can grab the ledge and pull herself up. 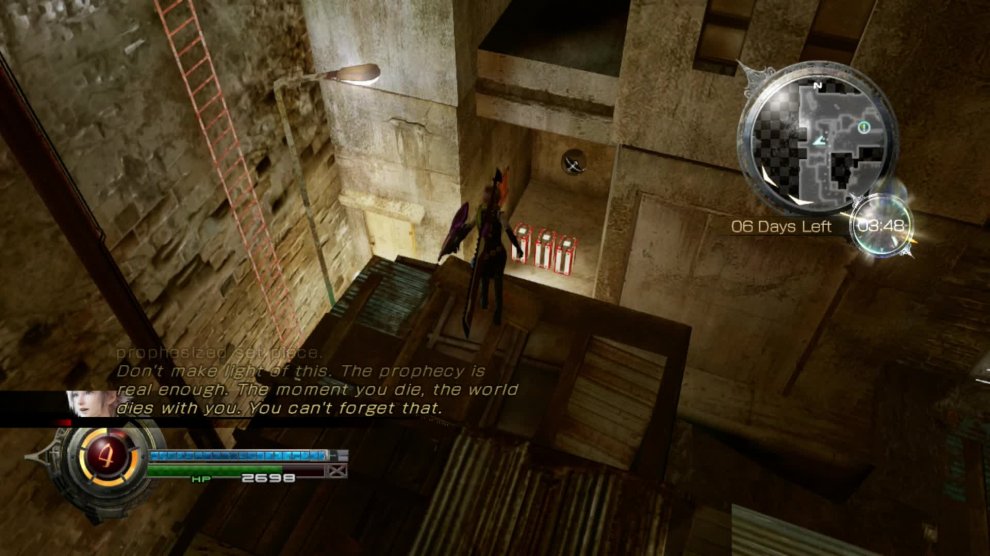 You will see the Hunter ahead so keep following him and leap off the walkway but beware where you land as there is a massive hole in it that is hard to see. Land on the left side. Keep following the red lights until you get near the blue marker. Do not enter that space but instead jump down to the right of it and find the treasure sphere in the alcove for the Battleaxe of the Believer . We’re done here now so return to the main city.

Head to the Warehouse District and talk to Solandra who blocks the path. She will give you a fairly tough sidequest “ Born From Chaos ” but you are capable of completing it. Check the relevant section in the sidequest chapter for the details if you wish to take it on. When 6am arrives you will be returned to the Ark again. Pick up the Arise EP ability from the treasure cube before returning to Nova Chrysalia. This allows you to revive Lightning using EP instead of a Phoenix Down. If you wish to replenish your items with better ones, do so now.

Note : Completing at least Main Quest 1-3 and 1-4 before the end of Day 2 should be a top priority. If you arrive in Luxerion by midnight at the latest from the Wildlands, you should have plenty of time to complete both quests. Do not worry about completing Born From Chaos if you don’t want to yet, though entering the Den for the Battleaxe of the Believer is a good idea. The Battleaxe is a very powerful weapon for you at this stage and can be equipped on your physical schema.