Assorted Sidequests In The Wildlands

Note : Coming to the Wildlands now allows you to complete numerous easy sidequests and really boost your stats before the next difficulty spike. You can also find plenty of good items and abilities if you are so inclined. Coming here will make dealing with Yusnaan and the Dead Dunes much easier and allow us to complete Yusnaan’s Main Quest all on one day where otherwise you may have had to skip back and forth as you hit the difficulty spike.

Coming out of the station, you will see a woman named Brella who has a sidequest for you “ Mother and Daughter ”. You can complete this sidequest as you travel the Wildlands so it is worth picking up. After the cutscene, pay a trip to Canopus Farms and pick up your Gysahl Greens you planted. Feed them to the Angel for a nice boost to his health. He’s looking good now and it won’t be long until he’s fully fit, making him an extremely useful companion.

Now you can either teleport to Jagd Village or run there but use Chronostasis if you do run there. You don’t want to take up too much time travelling between places. When you arrive, speak with Cardesia to instigate her sidequest. Since you already picked up the Crimm Mushroom , ask her about it and she will give details of the quest “ A Final Cure ”.

Speak with her again and select “hand over requested items” when prompted to complete the quest. 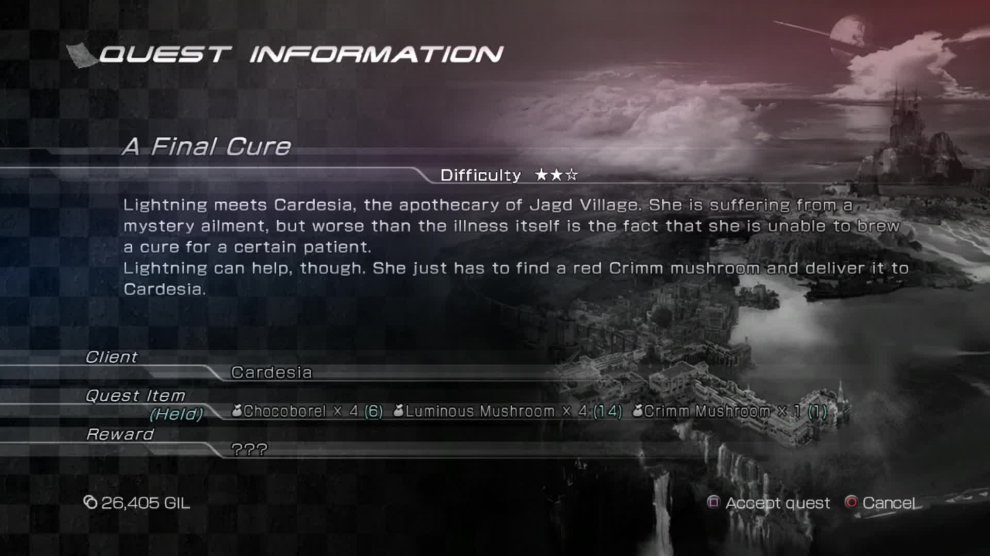 The Hunter Chief can also be found in Jagd Village and has a sidequest for you “ The Hunter’s Challenge ”. Since we’ll be taking a trip into Rocky Crag, we can complete this quest easily. There are two parts and both can be done in Rocky Crag so let’s be off. Head north out of the village and glide over the gap to enter the Rocky Crag area. 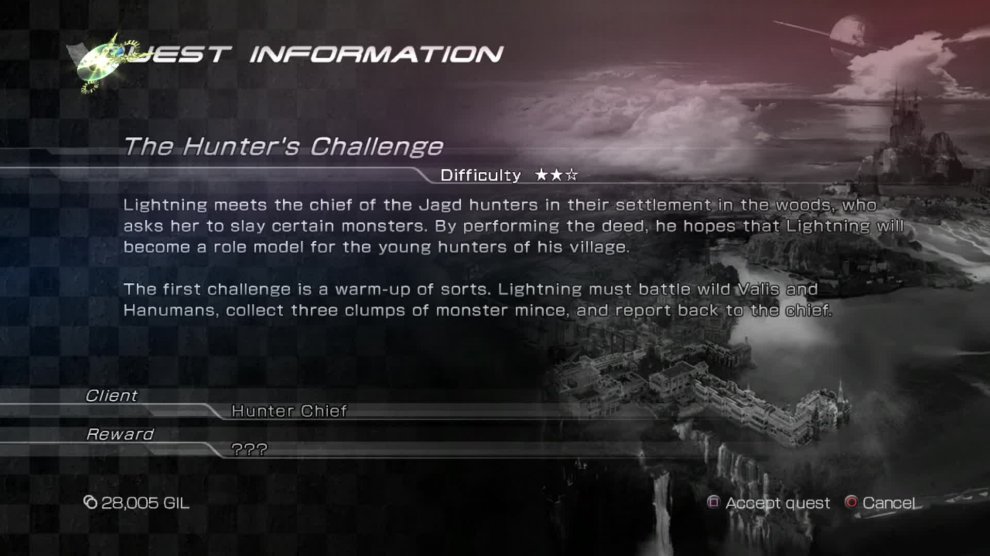 Follow the path until you come to a large clearing. Proceed straight ahead and be aware of the Chaos Infusion as you approach. The Aster Protoflorian resides here, and while you’re able to kill a normal one, a Chaos Infused one is an altogether tougher prospect. Stay clear of those and you’ll be fine to kill anything else inside. Try and kill a normal Aster Protoflorian for the Hunter’s Challenge and garner an AMP Chip . 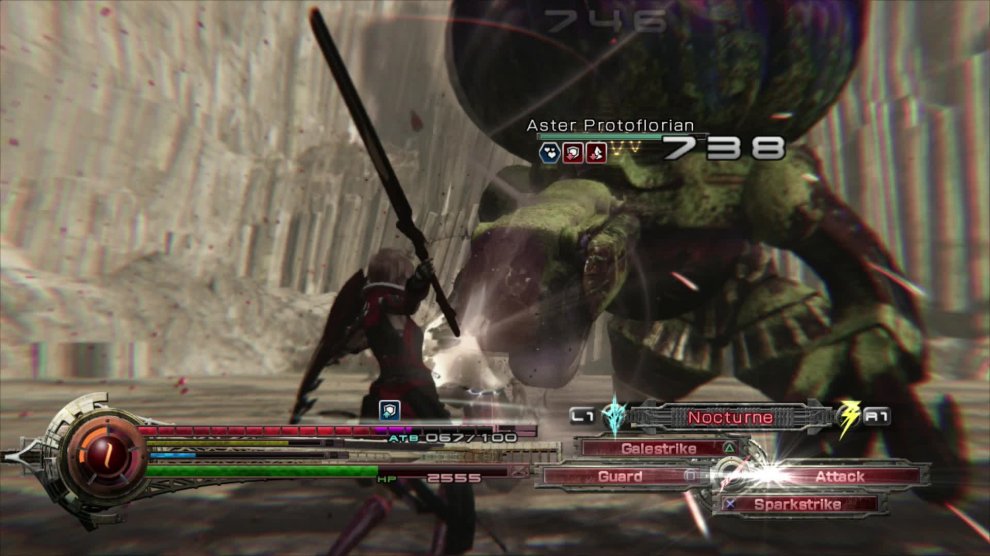 If you come across any Vali, kill those for the Monster Mince item that the Chief asked you for. They are sometimes accompanied by their Hanuman brethren which are a lot stronger. Kill the Hanuman first because they can buff the Vali and make life very troublesome.

After you have sorted the Chaos Infusion out, run up the rock slope and glide over to the ledge to collect the Mage’s Turban . While you’re up here, there is a small sparkling hole in the ground. This is a Rocky Crag Mole and they are used for sidequests and medicine so make sure to collect any you find. Check the map for their precise locations. 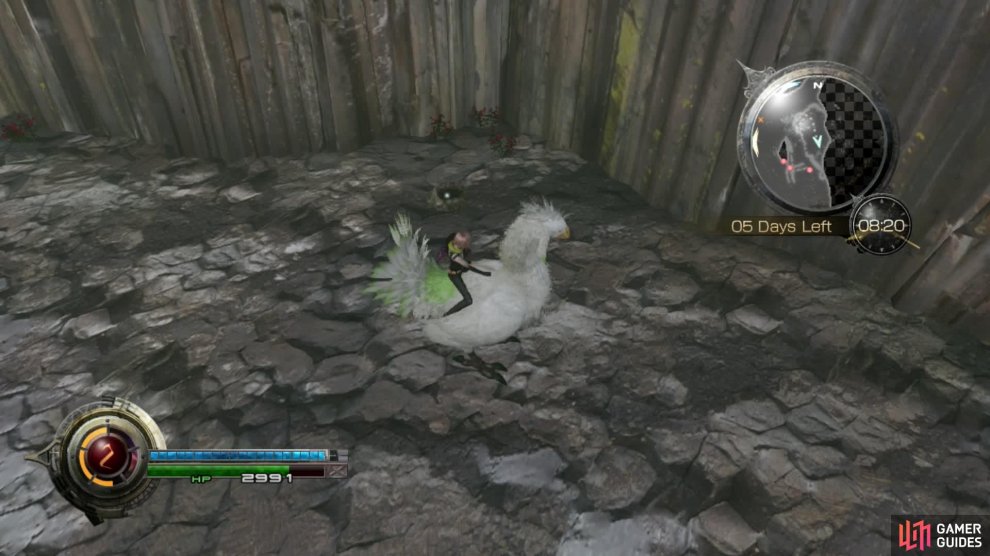 Jump down and head north and then turn back on yourself up the slope and follow it round to the right. Collect the Rocky Crag Mole here. Teleport (or run) all the way back to Aryas Village and then speak to the chef with the terrible French accent to begin and (hopefully) finish the quest “ A Taste of the Past ”.

A Taste of the Past 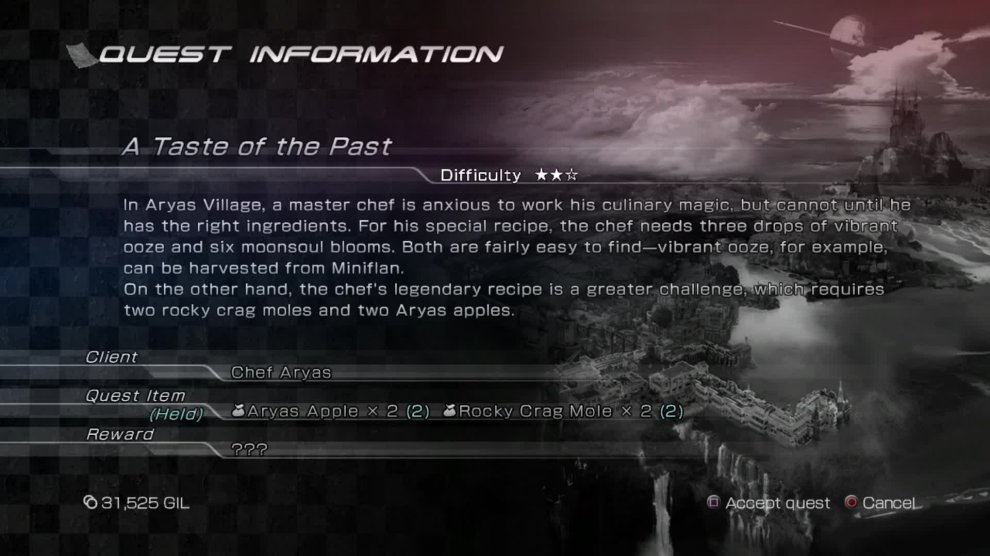 To make the Legendary Recipe and complete this quest (making the Special Recipe does not count) you need to collect 2 x Rocky Crag Mole and 2 x Aryas Apple both of which you should have collected if you were following the guide. Hand them over to receive your reward and a Mystical Meal for the Angel.

After completing the quest. give the Mystical Meal to the Angel at which point he should be fully fit again. This grants him level 2 spells and abilities as well as Curasa , a very strong cure ability. He has become an incredibly useful companion now and you’ll miss him when you travel elsewhere, believe me. 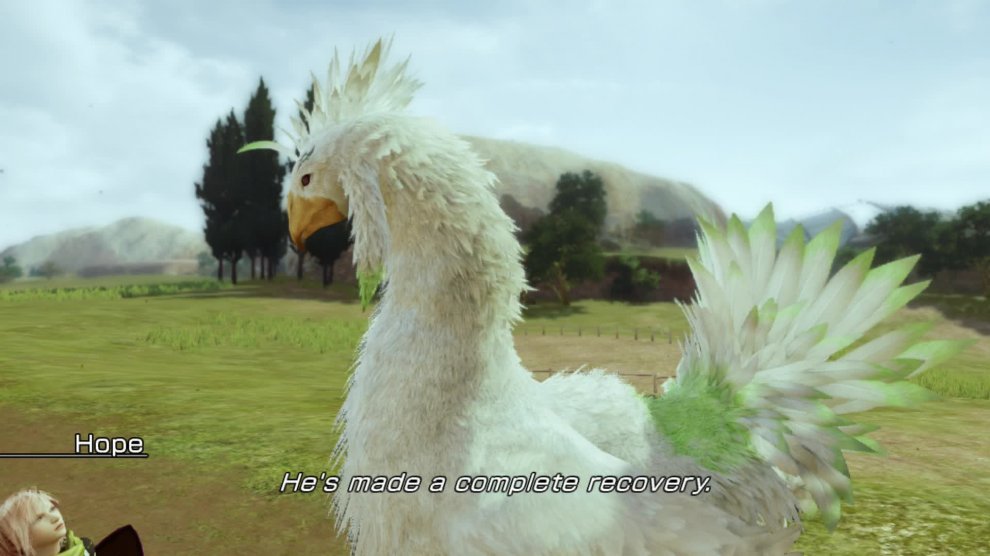 After interacting with the Angel, run into the sheep pen to embark on the next sidequest: “ Round ‘Em Up ”. Dr Sheep (yes really, that’s his name) is not a happy man because you scared the sheep so you have to go and bring them all back.

From Aryas, head right up to the north of the Wildlands, through the Eremite Plains and to the Crash Site that is found right at the top of the Plains. Avoid the Chocobo Eaters you find here because they are very powerful and take a lot of resources to kill at this stage. Run over to the ladder leading to a hut of sorts and make sure to pick up the treasure containing the Broken Gyroscope (needed for a Canvas of Prayers task) before ascending the ladder.

Inside you’ll find a very familiar face who is in a lot of trouble and turmoil. Follow the chocobo chick outside and collect the Fragment of Mischief . Lightning pledges to save her friends’ souls but needs to find five fragments spread around Nova Chrysalia. You are given clues to their whereabouts, the first of which you already have and a couple can be acquired quickly when you head back south. The other two are found in the other areas of the world. 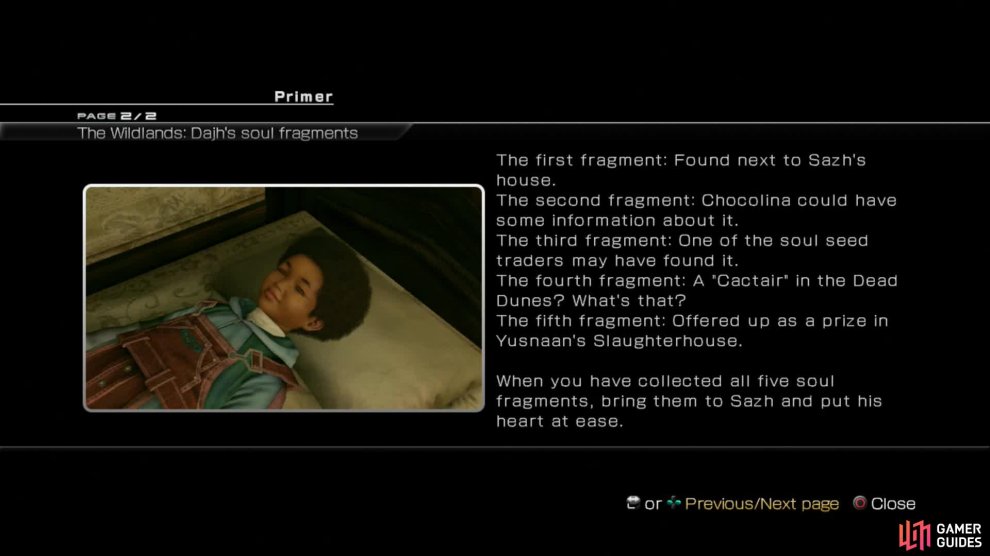 The Research Camp should be your next destination which is found on the east side of Eremite Plains. It is home to quite a few sidequests that are fairly easy to complete and offer decent improvements to Lightning’s stats so it is definitely worth spending some time on them. On your arrival, the camp will be unlocked for teleportation.

Now, go and speak to the Old Man stood by the vegetable plots and ask if you can plant some seeds there. This triggers a sidequest “ The Old Man and the Field ” though there is no on-screen notification saying so. Plant the seeds and then talk to the man on the wooden walkway overlooking the Plains for the quest “ Omega Point ”.

Synthesise any abilities you have collected and then speak to Thirteen who is squatting just past the Forge to begin the sidequest “ Dog, Doctor and Assistant ”. This quest is linked to “Mother and Daughter” and involves Brella’s dog Clove.

Note : Try and complete a bulk of these quests but most notably the Main Quest 5-2 before about 4pm. This leaves you time to collect some more useful items around the Wildlands as well as possibly pay a visit to the Temple of the Goddess later on. We will be aiming to complete as many quests as possible for the best stat boost before tackling the final boss in the Luxerion Main Quest. You will easily have enough items and stats to defeat him in a very short amount of time. 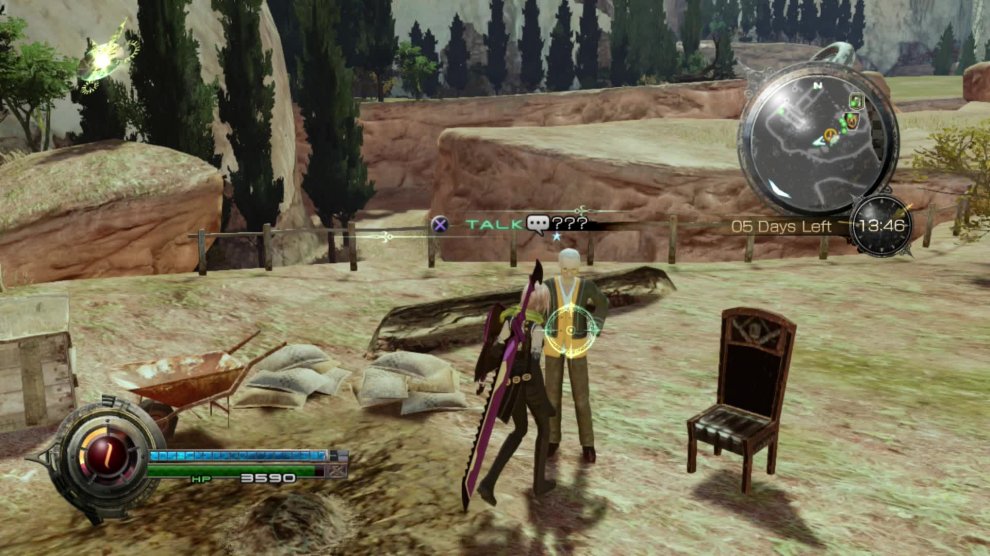