To begin the mission, we’ll be just outside the prison area. Note that as with the Jamais Vu mission on the Xbox version of the game, there is a Cassette tape [Deja Vu Cassette Tape] down on the beach area nearby where we extracted Chico during the Ground Zeroes mission. It is located on the rock closest to the small sheltered cave. Note that the path to this is littered with proximity mines (collecting all five of these is actually one of the trials available once you complete the mission for the first time). Go grab the tape if you like and then return to the guard hut in front of the prison gate.

Unfortunately you will start without any weapons. As such, you need to proceed with caution. Fortunately, you can still use close quarter combat and the binoculars will still allow you to tag enemies as you go, so it’s not all bad!

Follow the dirt path until you reach the main road. Work your way through the camp in front and through the gate across the road. Climb up the hill to the right to reach the helipad area. You will see a helicopter gunship. Sneak to the left and work your way around to the front of the gunship and take cover behind the concrete blocks just to the north east, so that when you look out from the cover, you’ll see a recreation of the photograph. Once you see the scene pop up, you’ll have recreated the first scene - Gunship.

Note: Once you have completed the first scene, you are able to finish the level. If you check your iDroid you will note that there is a little yellow square indicating the exit point. This is located inside the admin area of the base on the wall opposite the large gate leading to the helipad area. The exit is a small, open vent at ground level that we need to crawl into. Do so to complete the mission if you wish to do so, keep in mind however that there are a lot of points on offer if you want to complete the other scenes and these will help you towards your S-Rank. 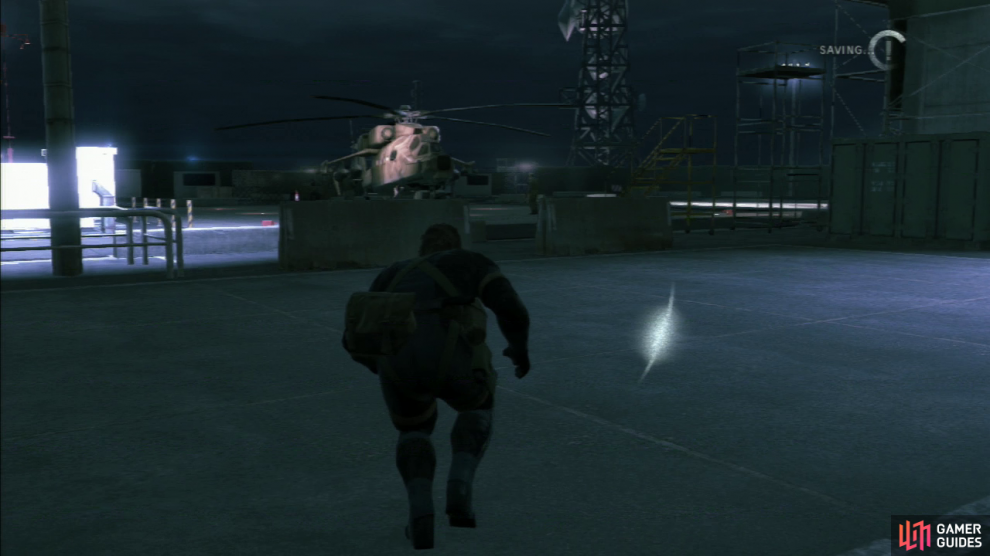 From the previous scene in front of the gunship, if you look on the helipad just to the right of the helicopter you’ll see a box of grenades sitting its centre. Unfortunately there are searchlights going over it. Sneak over to the helipad and sit in the shadows behind the truck parked here. When the search lights come off the pad, sprint in and pick up the grenades for the second scene - Searchlights.

Return back to the position where we saw the first scene of the gunship. This time look towards the large gate leading to the admin area. There is a security camera on the wall between the large gate and the orange door nearby. Note the crates to the right of the camera. We need to sneak over and hide behind one of the crates. From here, peek out at the camera to recreate the scene - Surveillance Camera.

Wait for the camera to look away and then enter the door beneath it, if there is a guard blocking your way, make your way over to the other entrance on the western side of the heliport area. No matter which door you enter, you’ll need to make your way to the first boiler room (not the one Paz was located in in the Ground Zeroes mission). There is a moai statue sitting on a shelf up against the northern wall. Approach it for the fourth scene - Moai. 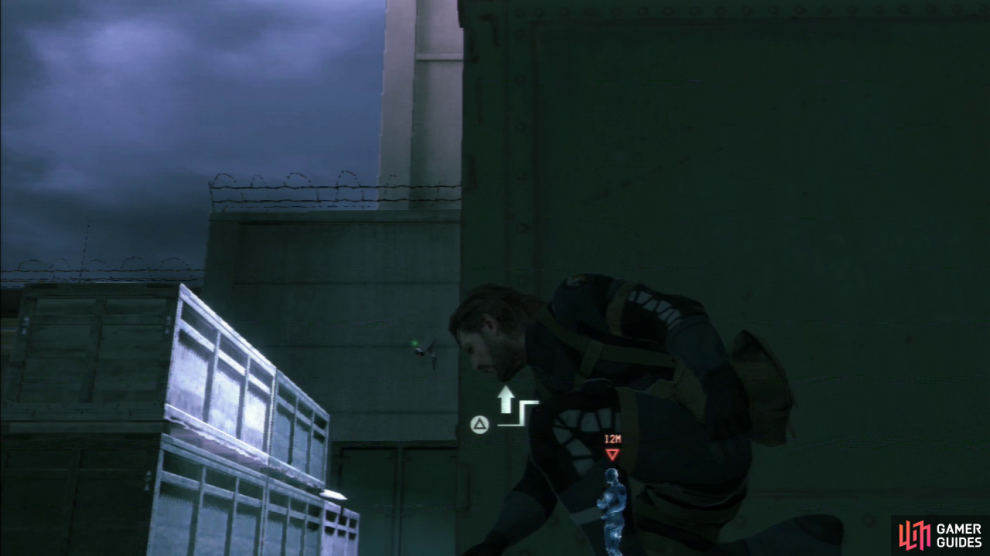 From the location of the previous scene, climb the stairs on the western side of the boiler room. Sneak over and exit back to the helipad area. We’ll now need to go and acquire some grenades so that we can attempt to re-create the next scene. The closest point for these is in the armoury close to the guard tower just north of our starting position in the Ground Zeroes mission (it’s the one with the AA gun beneath it). As you approach, there are three enemies – one near the wall to the execution area, another in the crates below the watchtower and another just to the north of the door to the armoury who will spot you trying to enter if you don’t take him out first. Once it is clear, head on inside and grab the hand grenades.

Now cross the street to the execution ground area and drop down. You’ll see the tank here. Make your way over to the tank and throw a hand grenade into the open hatch on top to complete the scene - Tank.

Now that we’ve had our fun away from the main section of the base, it’s time to head back to the helipad. Once you arrive, look on the helipad to the east of the helicopter gunship. There is a jeep just to the north of this. Stealth your way over to this and hop in. Drive it to the east, down the hill and under the bridge to complete the sixth scene - Liquid.

The final scene is back inside the admin building area. The photo is blank, but your contact will mention something about a blackout. As such, run over to the western side of the helipad area and enter the orange door. Once inside, unlock the wire gate and enter the transformer area. From here tag the enemies ahead (if you haven’t already dealt with them when you came through earlier). Go and turn off the power by interacting with the green panel. The final scene - Mantis will play. 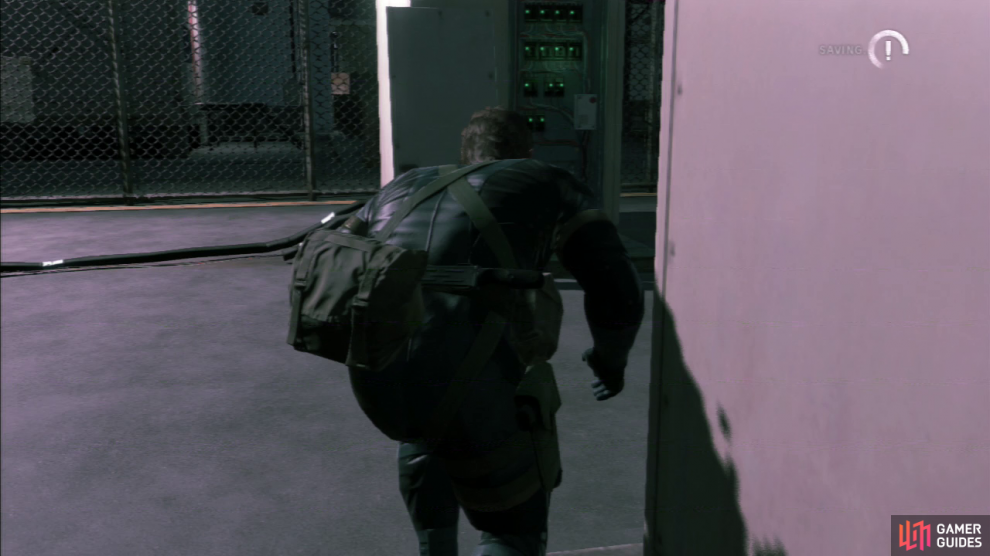 Now that we have completed all of the scenes, we need to make it to the exit. If you check your iDroid you will note that there is a little yellow square indicating the exit point. This is located inside the admin area of the base on the wall opposite the large gate leading to the helipad area. The exit is a small, open vent at ground level that we need to crawl into. Do so to complete the mission.

Note: For completing the mission after completing all seven scenes you will earn the achievement/trophy 'Reminiscence'.