The Apothecary is a bit of a mixed job class, as it mainly focuses on support, but has a few extra skills thrown in for other things. It is the main job of Alfyn and the secondary job shrine is located in East Saintsbridge Traverse. First Aid is a great healing spell that is only hindered by it being usable on a single ally, but there are ways around that. Rehabilitate is definitely one of the key highlights for this job, as it heals any current status ailments and also prevents them for two turns. Empoison is always great for extra damage, especially during a boss, and Last Stand can be great with the correct setup. The Apothecary’s Divine Skill, Dohter’s Clarity, allows a character to use an item and have it affect all, which is extremely useful in case of emergencies or when using Energizing Pomegranates. 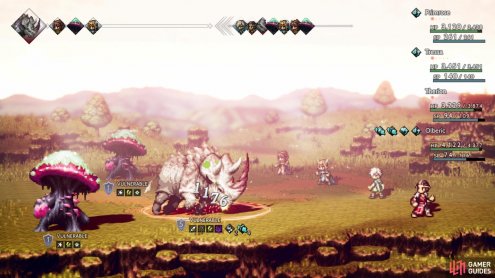 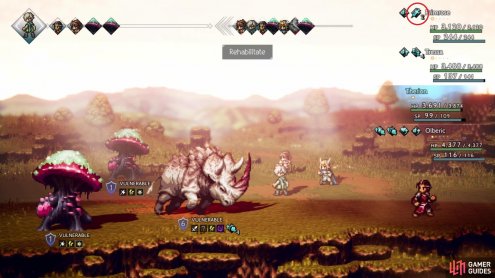 As for the passive skills, they are decent for the beginning portion of the game, especially Hale and Hearty for the extra HP, but they tend to be overshadowed by better options later. Resist Ailments might be a good idea, but it is situational, as you might not encounter status ailments all that often, plus it doesn’t guarantee immunity. The Apothecary will increase a character’s HP, Critical, Elemental Attack, Physical Attack and Physical Defense whenever you switch to it as a secondary class. They only have axes for weapons, so they are limited in that aspect.