Requires completion of Ophilia’s Fourth Chapter and H’aanit’s Fourth Chapter to unlock. To begin this Side Story, head to the cathedral in Flamesgrace to find Lianna in the side room on the left. She has a nice staff on her called the Bishop’s Staff, so snatch it before speaking with her to start the sidequest. She is worried that the people of Wispermill haven’t fully recovered after the incident, so she decides to head there and try to atone for her sin. Head there to find both her and Eliza not too far to the left of the windmill. They wish to investigate the altar that was used in Ophilia’s story, but someone is preventing them from doing such a thing.

Note: You will need either Olberic or H’aanit to complete this Side Story, so make sure one of them is in your active party before leaving. You will want them to be fairly powerful, too. 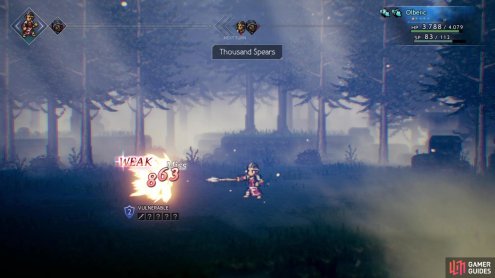 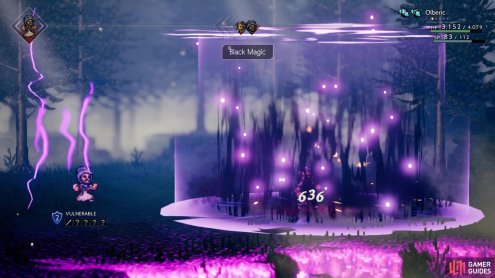 Talk to Eliza once you regain control to hear mention of a den located deep in the Forest of Purgation, which is where you will be heading. The Forest of Purgation is a Danger Level 58 dungeon located in Western Wispermill Flats. To get there, go all the way to the western entrance of Western Wispermill Flats, where there is a signpost. West of this signpost will be the entrance to the Forest of Purgation. Your goal is to head deep into the forest, all the way west, to some kind of altar, where a NPC named Remnant Leader will be located. Challenge/Provoke the Remnant Leader into a fight. With a strength of eight and access to a lot of elemental spells, this fight could be a little challenging. However, being weak to spears, you can use the Warrior’s Thousand Spears skill to easily break him. Defeat the leader and the quest will be complete.