Star of the Stage 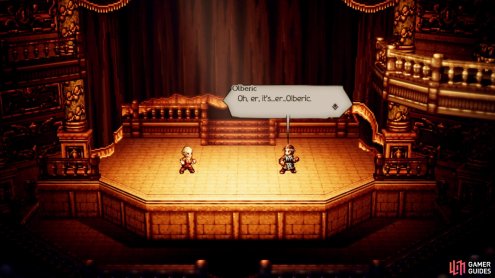 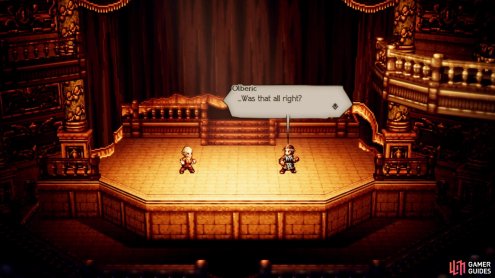 On the bridge leading to the theatre, there will be a man standing towards the southern end named Impresario. His star fencer has run off, which puts a damper on his show, as it’s a grand fighting spectacle. To complete this quest, you simply need to Challenge/Provoke the Impresario and defeat him. With a strength of seven, the Impresario is mainly physical and will eventually perform his strongest attack, Peerless Strike, after four to five turns. He is weak to swords, so he’s easy to break. Finish him off and you will complete the quest.