Octopath Traveler is a traditional Japanese role-playing game that follows a pretty simple structure. The game is split into chapters, with each character having their own story to follow. When you begin a new game, you will have to pick a character, who will be considered your main character. After completing their first chapter, you will be allowed to explore the game’s world at your own leisure. It is at this opportunity that you can visit other towns and recruit more party members. 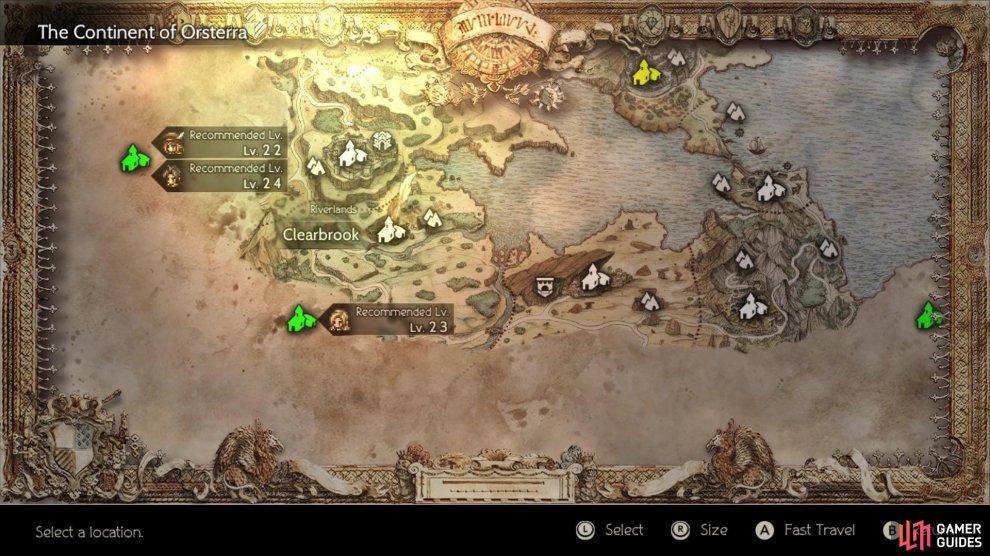 There’s a total of eight party members in the game, including the one you choose at the beginning, and you can switch between them at the tavern in a town. Note that your main character cannot be taken out of your active party, so you are stuck with him/her until you complete all of their chapters. Each Chapter in the game also follows a certain pattern, starting with a story bit, then breaking off into a small portion where you’ll need to use the character’s Path Action (more on that in a bit), then you’ll have to delve into a dungeon, defeat a boss and finish up the chapter with another story bit.

Towns in Octopath are your pretty standard fare, although there are a few things to talk about here. Towns are pretty much separated into tiers, which correspond to the chapters in the characters’ stories. So, you will have towns you visit for Chapter 1, then new towns for Chapters 2 and 3, and one more set for Chapter 4. You will find a bunch of NPCs in each town, although only the ones with a speech bubble can be interacted with, so you won’t be able to speak with everyone.

Every town in the game will have the basic functions, namely an inn, a equipment shop, an item shop (sometimes the item and equipment shop are the same), and a tavern. While the rest of the services are self-explanatory, the tavern needs to be talked about a little bit. It is at the tavern that you will be able to change party members, change their equipment (you can change your active party’s gear anytime), hear a tale (related to characters’ stories), or restore your reputation.

Whenever you enter a town where a character’s chapter begins for the first time (from Chapter 2 onward), you will have the option to start the chapter right then and there. If you decline, though, you will need to head to the tavern and choose to start it from the Hear a Tale option. The Restore Your Reputation is related to your Path Actions, special actions that each character has that can be used on NPCs in towns. Four of the characters’ Path Actions are considered rogue ones, as you have a chance of failing them.

Fail enough Path Actions (five, to be exact) and your reputation with that town will be tarnished. When it is bad, you won’t be able to use anyone’s Path Actions in that town. That is where the above option in the tavern comes into play. For a fee, you will be able to restore your reputation with that town, although sometimes the fee can be upwards of 100,000 Leaves (not always that drastic). Thus, you will want to be careful in using your Path Actions in towns, as failing them can drain your wallet pretty quickly, although sometimes the benefits outweigh the danger of ruining your reputation.

As already mentioned, each character has a Path Action assigned to them, which can be used on NPCs in each of the towns. There are eight different Path Actions, although there are only really four of them, since they are split into noble and rogue actions. Noble actions usually require that character to be at a specific level, while Rogue actions can be done anytime, but they have a chance to fail. There’s no penalty for Noble actions, as you will always be able to do them at the appropriate level. However, failing Rogue actions will lower your reputation with the town, and failing enough will require you to pay a fee to restore the reputation. 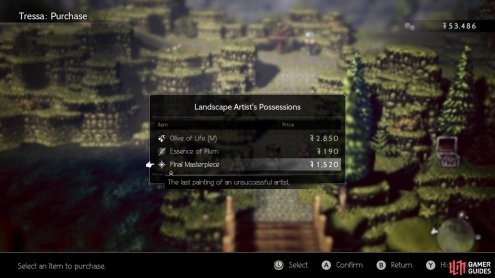 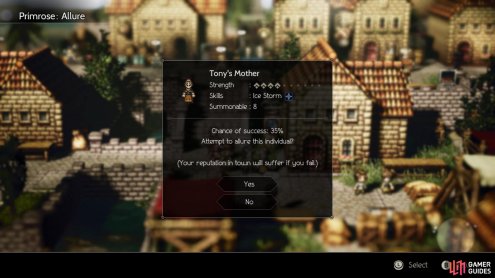 Once you complete your first Chapter 1 story and re-enter the town, you will see an orange icon on your map. These are Side Stories, or the sidequests, in Octopath. Upon speaking to the NPC with this icon, you will log the Side Story in your Journal, which is accessed via the menu. At first, the Journal will show the individual character stories, but by pressing the R button, you will see the listings for the Side Stories. You have categories by region, as well as all of them.

As for the Side Stories themselves, they can be rather cryptic. There is no clear way to know what to do for the Side Stories, although some might be a bit easier than others in figuring them out. All of them will require you to use a Path Action, though, to complete them. Some of them are easy and only require you to use the Path Action on someone, but others might have you venturing into an optional dungeon, defeating a boss at the end of it.

Every character in the game starts out with a main job class, but once you finish the opening chapter for your main character, you can explore and find shrines that grant you secondary job classes. These shrines are typically in higher level areas, but you should be able to find some of them at the beginning of Chapter 2. For these secondary job classes, only a single character will be able to be assigned to a single job. 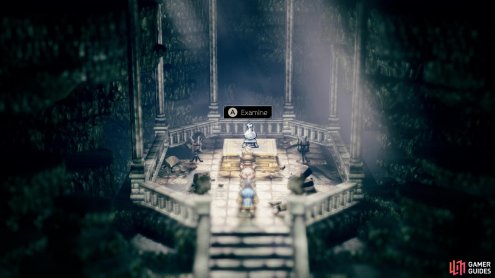 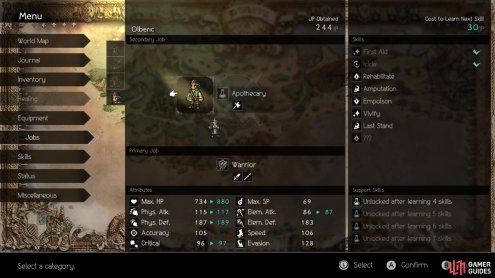 For example, H’aanit is a Hunter, which is her main job, but if she chooses a Warrior as a secondary job, then no one else can choose that as their secondary job class. All normal skills do not transfer when changing classes, but that character does get to keep any support skills they learn. Using the previous example, H’aanit switches over to Apothecary from Warrior, so she doesn’t get to keep skills like Incite, but she does get to keep Cover (provided she learned it).