Reaching the Old Mesa from the Glade in the Wilderness is a simple enough matter:

While from Thorn Ford you need to head: 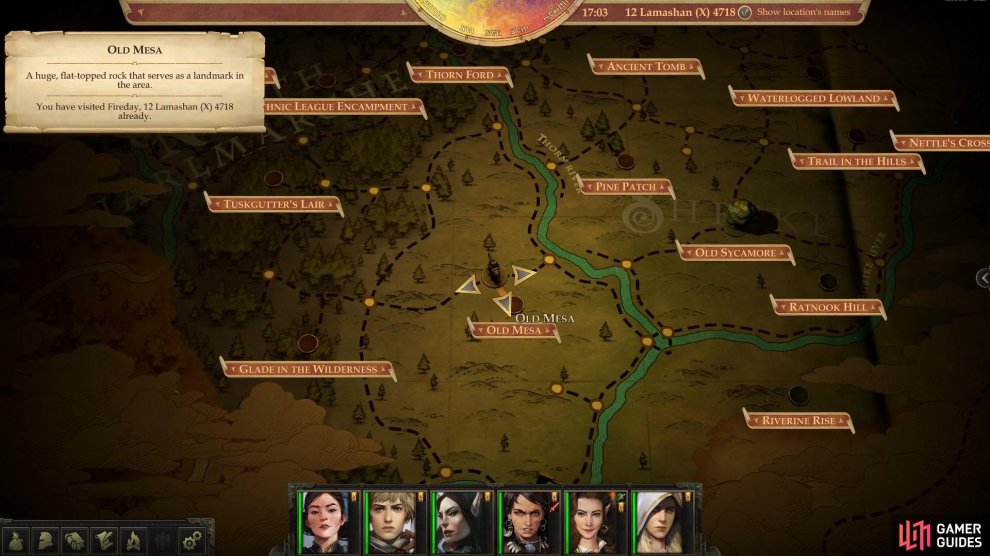 When you arrive, head north, then northwest to find an abandoned camp - abandoned, that is, save for the Greater Weretiger that now guards it. This Weretiger isn’t too dreadful a foe, but it does have one major strong point that may give you trouble: Damage Reduction.

In this case, the Weretiger likely has Damage Reduction 10/silver, or something similar. Whatever the exact resistance, chances are you have no means of overcoming it right now, so every attack you land will deal ten less damage. You can overcome this by using direct-damage dealing spells like Magic Missile to deal damage, or just by having warriors who can deal enough damage - Amiri is passable, and the odd critical hit and sneak attack will help out tremendously, as will using feats like Power Attack. The Weretiger isn’t a terribly powerful foe, nor one protected overly well by HP or Armor Class, but if your offense grinds to a halt against it, feel free to abandon this area and come back later. 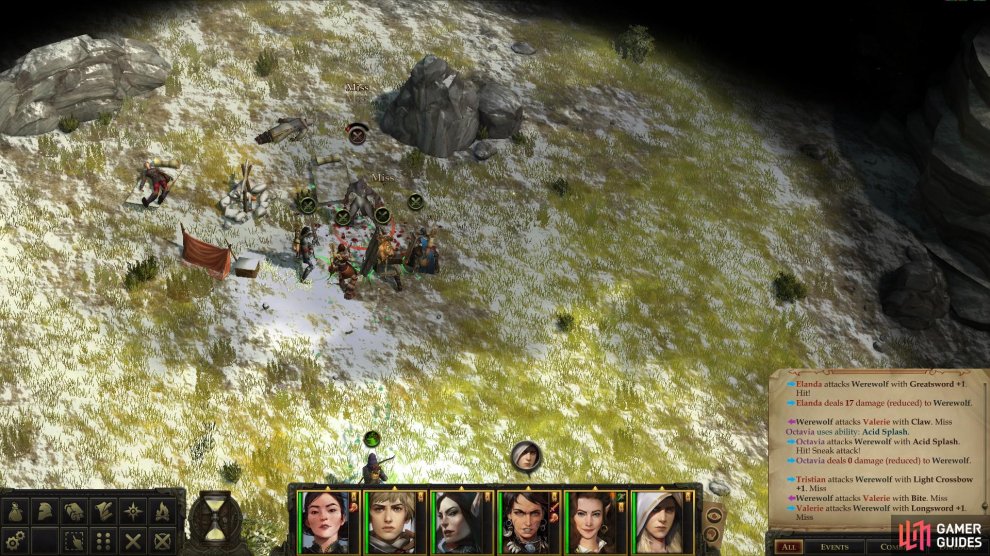 That all said, most parties should have a character capable of dealing significant damage to the Weretiger, so it’s rather expected you’ll be able to take down this beast. If you buff your tank with Blur and Shield of Faith it’ll take the Weretiger that much longer to cause trouble, giving you plenty of time to swing for those critical hits.

When it dies, loot its corpse for a Breastplate +1, a Potion of Invisibility and a Ruby, the latter of which will sell for a cool 750 GP, then loot a nearby chest for a Potion of Vanish. Further rewards can be found to the north, where a corpse will yield a Potion of Reduce Person and some baubles.