The Old Oak area is the nearest and most lucrative of all the areas you’ll be exploring on this end-of-chapter expedition. Not only will you be well-rewarded for success, but it’s a fine test of your abilities; if you struggle here, you’ll likely struggle during other fights, too. To get there from Oleg’s Trading Post, follow these directions:

After going east a second time, you should reach an empty node, north of which is the Old Oak area. 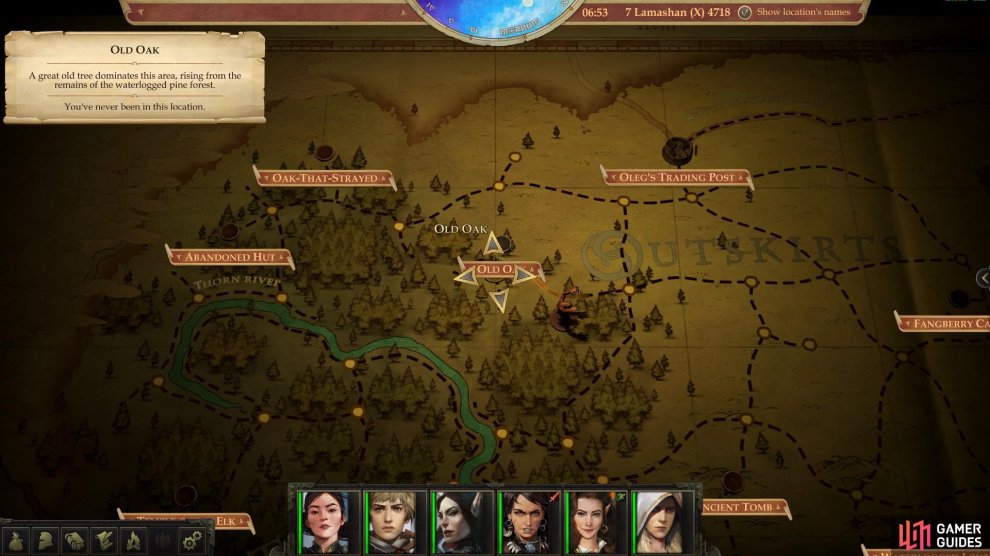 You’ll arrive in the southern corner of the map, from which head north - carefully - until you spot a Troll in the distance. Trolls are dangerous, giant aberrations, dealing hefty damage in melee due to their size and being reasonably sturdy. The real danger lies in their proverbial healing power, however, and even once downed in combat, they can’t truly be defeated until acid or fire is applied as a coup’de’grace. Fortunately in Pathfinder, virtually every arcane spellcaster has access to infinite cantrips, including Acid Splash. 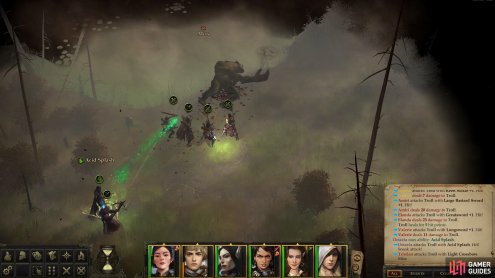 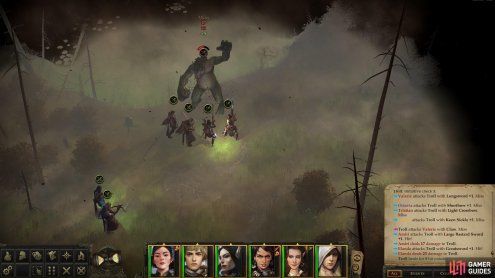 Save your game and prepare ahead of time - you should have the power to defeat such a foe, but it may not be an easy fight. Buff your best tank with the Blur and Shield of Faith spells if you have them, and use Bardsong and/or Bless as a general buff, then engage, leading with the Blur-buffed tank to draw the Troll’s attention. After this, you just need to stay on top of things and hope the Troll falters before you do, and when it goes down, finish it off with Acid Splash, Burning Hands, or a similar spell. 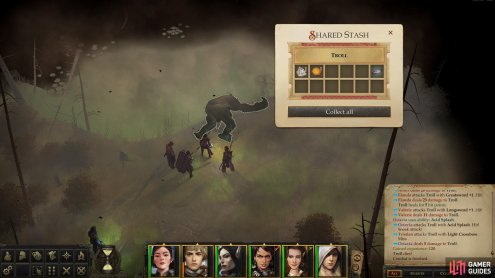 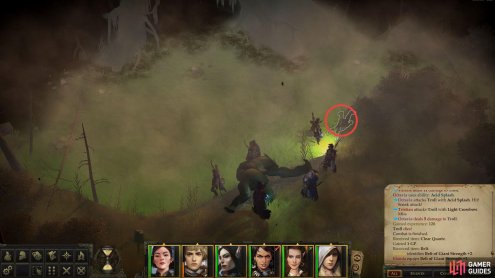 When the Troll is finally dead, loot it for some treasure including a Belt of Giant Strength +2. This does exactly what you’d hope it does: it gives the wearer a +2 bonus to their Strength score, an invaluable boon for any warrior. If you demand more compensation for your struggle, you’re in luck, as you can loot a corpse nearby to score a Light Crossbow +1. Next follow the water to the northwest to find a chest near a tree, in which you’ll find a Scroll of Protection from Chaos, a Potion of Mage Armor and a Scroll of Enlarge Person, among other trinkets.