After you find Jaethal in Jamandi’s Mansion, continue up the hallway and through a door to the north to find two Assassins searching for Jamandi’s stash. Kill them, then send one character into the first room to the right, while the rest should head up the hallway and into a second room.

In both rooms you’ll notice several statues: two in the southern room, four in the northern room. Half have their swords up, half have their swords down, and all can be interacted with. That’s right, a puzzle. Your goal is to get all the statues to hold their swords in either an upright position, or to put them down. The complication? Interacting with one statue will always cause others to change their positions, too. 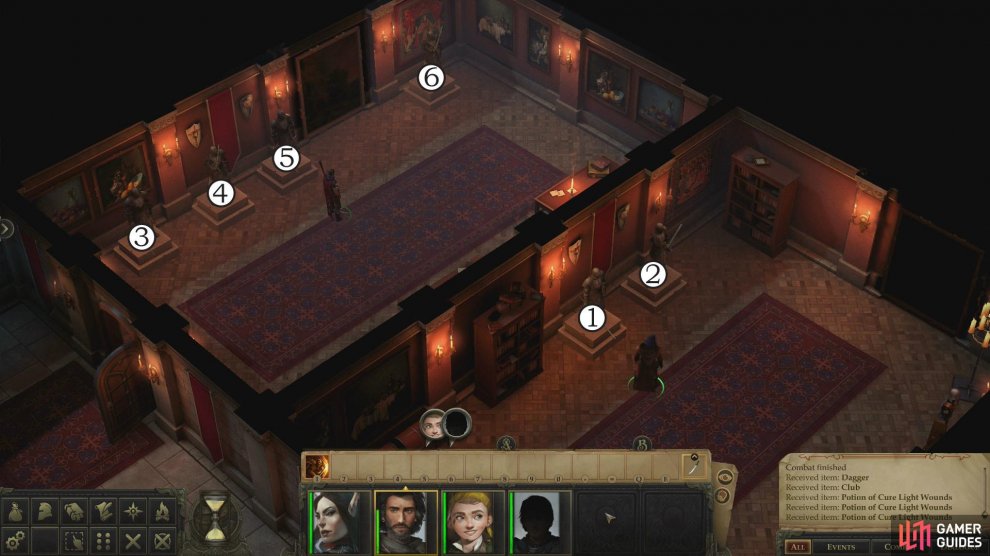 Statue puzzle, with statues marked #1 - #6, corresponding to the walkthrough text.

At the start, statues #1, #3 and #5 all have their swords lowered, which makes toggling statue #6 appealing, as it solves two of those issues. However, you must first resolve two issues: Getting #6’s sword lowered first, so you can finish with it (along with #1 and #3) and getting #5’s sword raised. This is simply done by interacting with statue #1 first, and #2 second. Once those two statues have been toggled, you should have statues #1, #3 and #6 with their swords lowered. Just use a character in the northern room to interact with statue #6 to solve the puzzle. Easy-peasy. 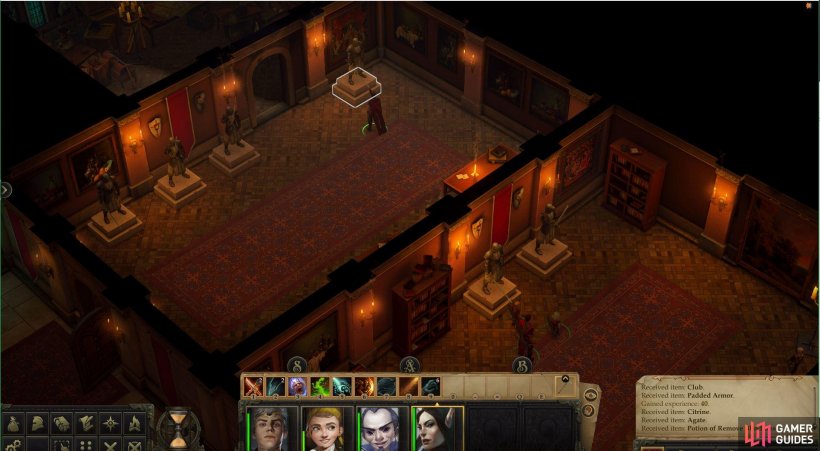 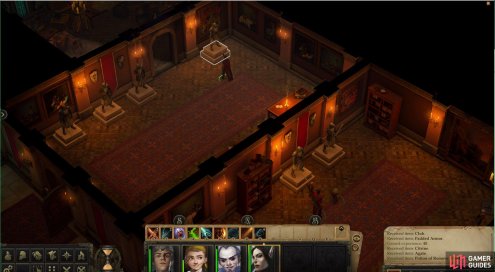 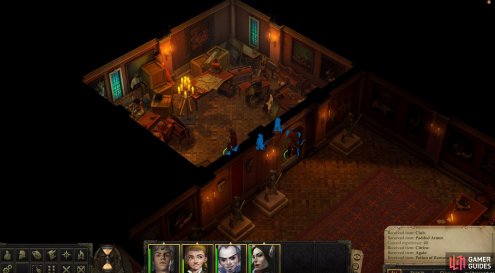 Interact with the statues in the correct order (1-2-6) (left), and you’ll open a secret door, beyond which treasure awaits (right)

When all the statues have their swords raised, go through the doorway that appears between statues #5 and #6 and loot a chest, which disappointingly doesn’t contain a single sword. So much for being a “Swordlord”. It does, however, contain a wide variety of trinkets that can be sold, and a Potion of Remove Blindness. When all the statues have their swords lowered, a door will open along the northeastern end of the room with statues #1 and #2, where you’ll find a chest containing a Wand of Magic Missile and a Masterwork Nunchaku. Both of these notable caches of loot are accompanied by a variety of other valuable trinkets.