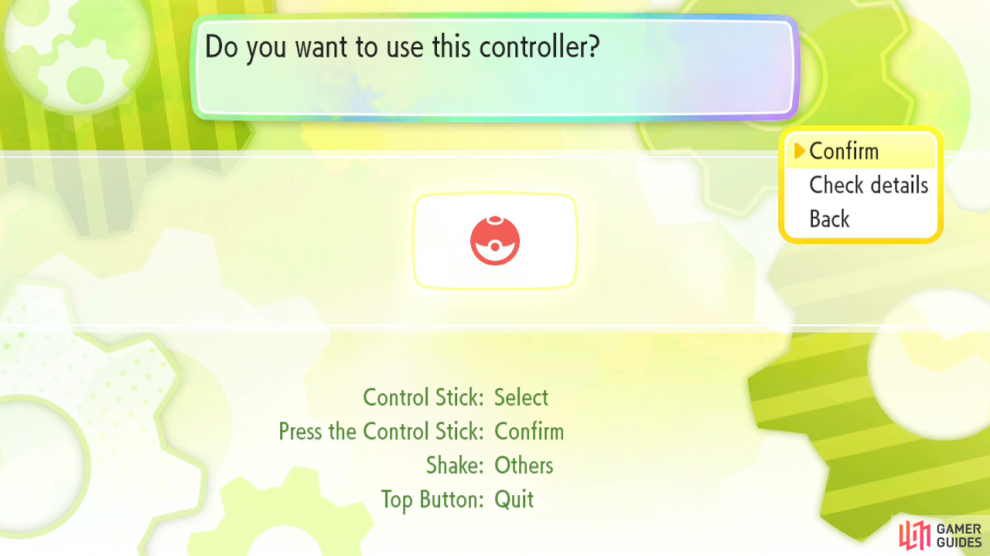 The Poké Ball Plus is an optional controller--shaped like an actual Poké Ball from the Pokémon games and cartoon--that you can use to play this game with. You can purchase it separately or as a bundle with the game. At the time of writing, it cannot be used as a controller for any other game.

The controller itself features an analogue stick in the middle, where the red and white halves join. You can click the analogue stick inwards to act as the main button. There's also a second button at the top of the red half, which acts as the secondary button.

Additionally, the controller has built in gyro sensors, allowing for motion controls. This is primarily used when catching Pokémon, where you can mimic the motion of throwing a Poké Ball, causing you to throw a Poké Ball in the game. You can also shake the controller, which acts as a third button.

When catching and battling Pokémon, the Poké Ball Plus will rumble and play sound effects according to the situation. For the more self-aware among you, unfortunately it's not possible to disable the rumble or sound effects.

Going For a Stroll 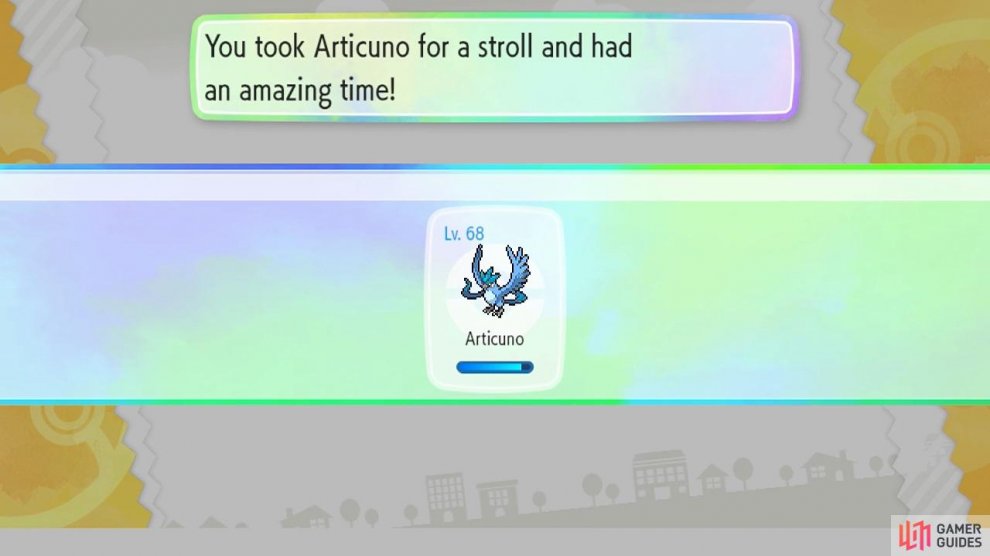 While you're out and about with your Poké Ball Plus, it will count the steps you've taken. Also, from time to time, your Pokémon may call out to you, which means it wants to play. You can then jiggle the Poké Ball Plus around, on a flat surface or just in the air.

For those who are a bit embarrassed, or work in a quiet environment, there is a setting to mute the Poké Ball Plus when it's in strolling mode. First, hold the analogue stick inward until the controller rumbles and the light changes colour.

While the light is a different colour, hold the analogue stick inwards and hold the red button at the top simultaneously for 3 seconds or so, then let go. If done correctly, the controller should rumble a bit. To un-mute it, follow the same process.

Later on, when you think you think you're done, go to the Save menu again and select "Take your Pokémon for a stroll" like before. This time, the game will recognise that a Pokémon is in your Poké Ball Plus and will ask if you want to bring it back. 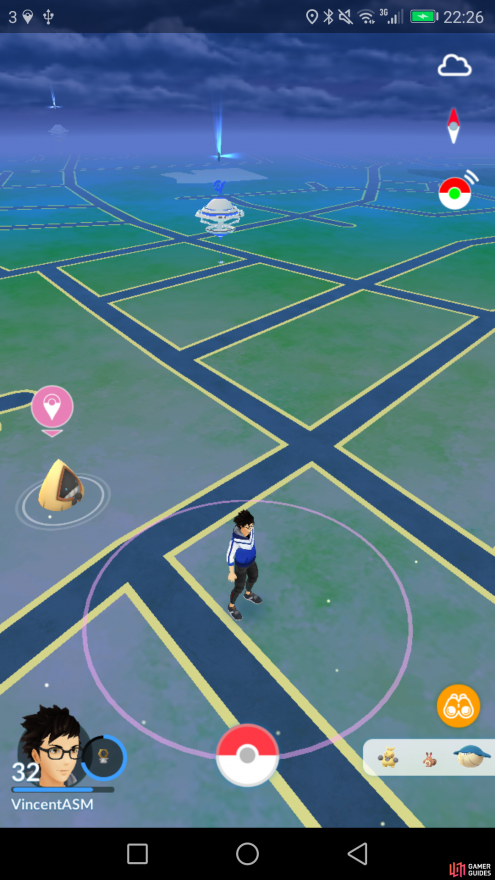 Besides being a controller for Let's Go, the Poké Ball Plus has another feature: it can act as a Pokémon GO Plus device for Pokémon GO. To activate it, you'll need to access your settings on Pokémon GO. Make sure Bluetooth is turned on. Then go to the "Poké Ball Plus" option near the bottom.

With luck, the Poké Ball Plus should eventually connect. You can tell because the controller itself will rumble, and the Poké Ball Plus under "Available Devices" will have a solid icon. In addition, a solid Poké Ball icon will appear near the top-right of the exploration screen.

Once the Poké Ball Plus has been connected, it will behave exactly like a Pokémon GO Plus. If a Pokémon is in range, the Poké Ball Plus will rumble and lights will appear. You can then press one of the buttons to try and catch the Pokémon. Bearing in mind, you can only throw one standard (red and white) Poké Ball.

Additionally, the Poké Ball Plus will also rumble and light up more subtly when a Poké Stop is nearby. Likewise, press a button and you'll spin the Poké Stop.

If you've taken a Pokémon from Let's Go for a stroll, that Pokémon will automatically spin the Poké Stop for you! 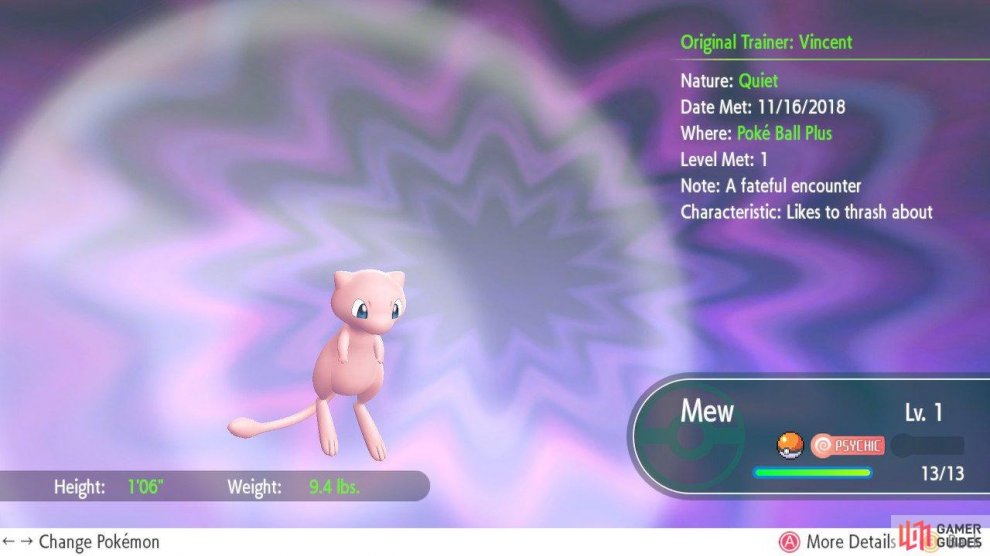 Last but not least, every brand new Poké Ball Plus comes with the Mythical Pokémon Mew inside. Currently, there is no other way to obtain a Mew in Let's Go. For those wondering, you cannot transfer a Mew from Pokémon GO to Let's Go, to get Mew that way.

To obtain Mew, you need to be playing the game with the Poké Ball Plus. You must also be connected to the Internet. Open the main menu and choose the Communications menu, then "Mystery Gift". If done correctly, a "Get with a Poké Ball Plus" option should appear. Select this.

Your Mew will then be sent straight to your Pokémon Box. It will be Level 1 with a completely random Nature. Also, your game will be automatically saved after you receive Mew.