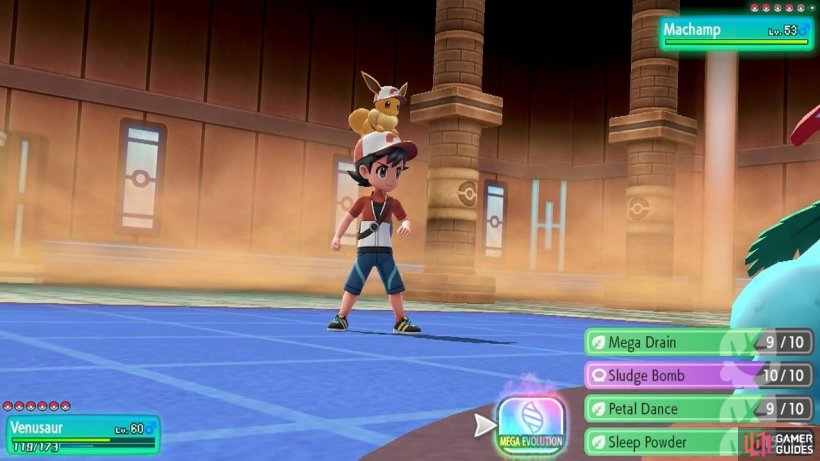 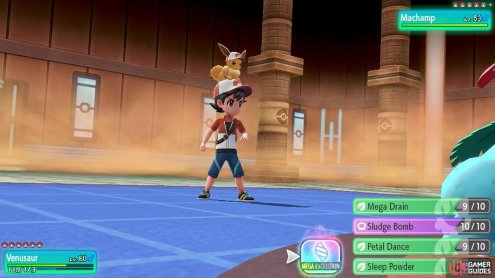 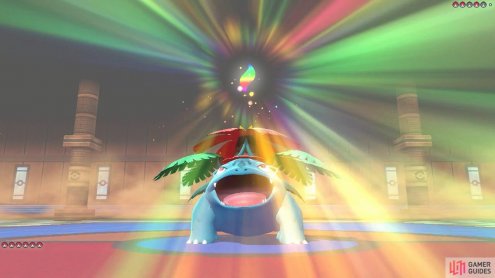 Before (left), After (right)

First introduced in Pokémon X and Y, certain Pokémon are capable of Mega Evolving during battle. Similar to normal evolution, they can benefit from increased stats and even a different Type combination. However, Mega Evolution isn’t permanent and the effects disappear after the battle–or if the Pokémon is KO’d.

To Mega Evolve, you need two things. First, you need a Key Stone, which is given to you before you challenge the eighth Gym. Next, you need the corresponding Mega Stone for your Pokémon. You get the Mega Stones for the original Kanto starters at the same time as the Key Stone, while the rest are relegated to the post-game.

If a Pokémon is capable of Mega Evolving–and once the conditions have been met, you can Mega Evolve by selecting the command to the left of a Pokémon’s moves, and then choosing a move as normal. Afterwards, the Pokémon will Mega Evolve as the turn begins, and use their move when it’s their turn.

Charizard and Mewtwo are special in that they can Mega Evolve into one of two different forms: X and Y. For these two Pokémon, you can select from two Mega Evolution icons–one for each form.

Mega Evolution is a powerful tool, but not without restrictions. Each trainer can only Mega Evolve one Pokémon per battle. So make sure to choose wisely!