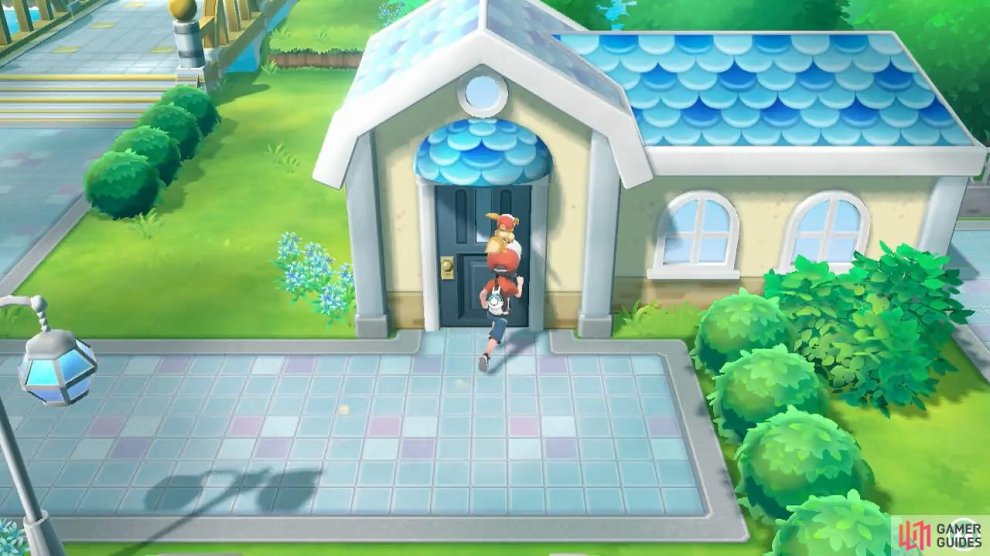 After leaving the Gym, go to the Pokémon Centre if you need to. Then go clock-wise around the city until you reach the house near the north-east that was burgled by Team Rocket. As you get near, the policewoman guarding the entrance will chase after a naughty Squirtle, allowing you to enter the house.

Inside, your partner will investigate the house and show you towards an exit to the right. Go that way to emerge at the east side of Cerulean City. Straight away, you should spot a very suspicious Team Rocket Grunt skulking off in the corner. Tap him on the shoulder and give him a thorough interrogation.

This nasty Grunt has an evolved Rattata that packs a dangerous combination of Super Fang and Quick Attack. The former will halve your Pokémon's current HP and the latter will always hit first, unless your Pokémon is faster and uses a similar move (like Pikachu's Zippy Zap). Don't be intimidated and try to rely on your usual heavy hitters.

Once you've made the Grunt spill the beans, he'll give you the stolen TM10 Dig before making a run for it. Don't worry about returning the TM to the original owners, as they don't need it anymore. Instead, since it's a Ground-type move, you may want to teach it to your Pokémon in preparation for the Electric Gym up ahead.

With that bit of drama over, head south along the eastern side of the city. When you reach the first corner, there's a ledge below that will take you back to the main part of Cerulean City. Meanwhile, towards the far east is the exit to Route 9. But right now, you can't continue since a skinny tree is blocking it.

Keep going south, while sticking towards the east. Then head west when you get to the next corner. You'll end up going past the southern side of the city, where the Poké Mart is. Keep going all the way west. In the far corner, below a streetlamp, there's a Burn Heal in plain sight. Then go back a bit and begin to travel south.