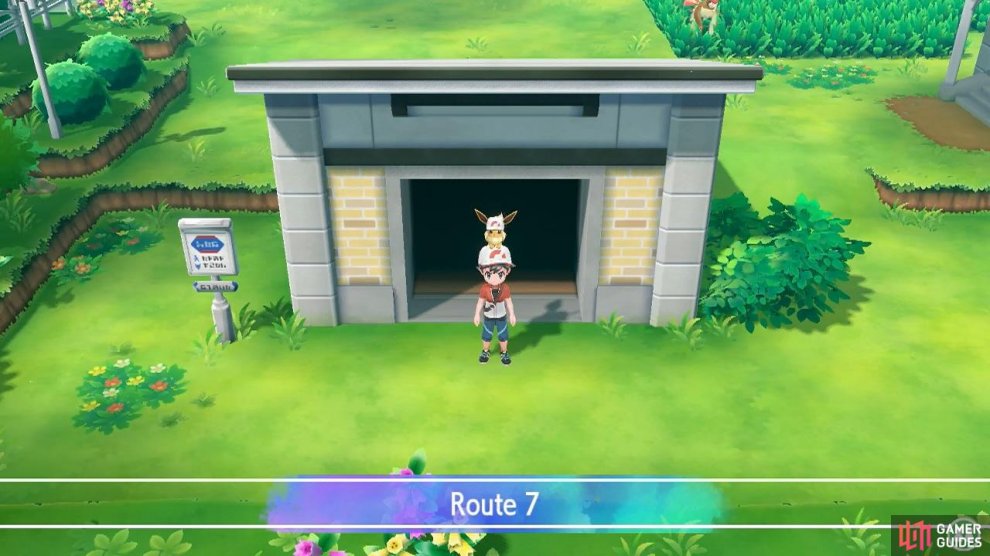 This super short route is the entrance to the bustling Celadon City. As you leave the Underground Path, head east to start with. Nearby, there's an Ace Trainer scouting around for a battle and an Elixir to her north-east.

Raichu, as you ought to know, is an evolved Pikachu. Ground-types are especially effective. Next, Dugtrio is an evolved Diglett. It's still a pure Ground-type, so Grass and Water are recommended. Be wary of Sucker Punch, which goes first if you use an attacking move. Finally, Seel has two priority moves in Aqua Jet and Ice Shard. Go with Electric if you can.

Continue north, until you're aligned with the gatehouse on the right. At this point in time, you cannot use the gatehouse, but very soon you'll be able to. Towards the north-east, there's a patch of tall grass. Meanwhile, going north-west will lead you towards Celadon City. Before that, there's a Coach Trainer you can battle.

Farfetch'd is an elusive Normal and Flying-type. Like others of its ilk, it's weak to Rock and Electric. Wigglytuff is an evolved Jigglypuff. It's stronger, but still weak to Poison and Steel. Both can use Facade, a Normal-type move that deals double damage if the user has a status condition.

Triumph against Alpesh and he'll reward you with TM12 Facade. We already told you what this move does.

The same Pokémon as Route 8, but in a much more awkward space. However, you can encounter the man-made Porygon as a rare spawn. If you don't want to test your luck, you can get a Porygon for absolutely free after completing Saffron City.